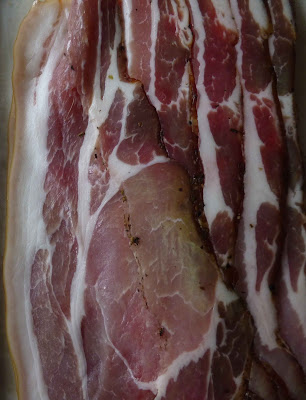 Just the other day at dinner, the dog got worried. We were eating away and, unusually, not a word was being said. He had assumed his usual begging position but nothing was coming his way.

He got up, meerkat like, to better see what was going on. But he was still ignored. Blame it on Ummera. The famous Smoked Bacon Rashers from West Cork were in a delightful combination with local liver and there would be nothing left for the mutt.

Ummera is a small family smokery near the village of Timoleague. Their Smoked Back Rashers are one of my favourites and the current Taste of the Week.

They are Dry cured in Traditional Sea Salt from Tavira in Portugal, Organic Raw Cane Sugar from Costa Rica and gently smoked over glowing oak sawdust. And thinly sliced. They are full of flavour as you might imagine and can be used in many ways.

Ummera Smoked Dry-cured Bacon is available from a number of retail outlets in Ireland and the UK, as well as direct from the smokehouse. The packs are approximately 250gms and contain both back and streaky bacon, thinly sliced, rind on. 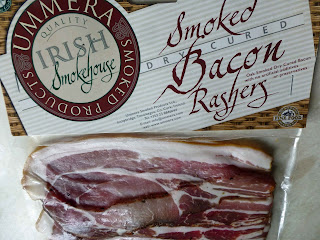 Taste of the Week Ummera