It has an Early Bird menu - two courses for 19.95, three for 24.95 - but we were at our leisure and went for the A La Carte. This is also fairly priced and is available from 3.00pm. Starters included Soup of the Day, Chowder, Chicken and Bacon salad, a Chicken Liver Pate and also Fried Scampi.
You regularly see Deep-fried Brie as a starter but they came up with a Golden Fried Goats Cheese, Crumbed and deep-fried and served with a red onion and mixed pepper jam. This was a terrific starter, very flavoursome, for €6.95.

While I was studying the menu I was tempted by the Mussels Thai Style (6.95). I remembered a dish they used do at the former Thai restaurant in Bridge Street in the city where they served very large mussels. But the Copperpot used local mussels with a hint of chilli and ginger and served with crispy baguette. This was a great change to the usual Moules Mariniere, indeed a delightful one. I was very happy with that choice and would pick it again without hesitation.


So we were off to a good start. How would the main courses measure up? No problem here either. There is a quite a choice on the regular menu but we picked two from the specials board. Mine was Pork Fillet served with a Mushroom Sauce (11.95). A great piece of pork, tender and delicious and enhanced no end by the sauce.

CL went for the Sea-Bass with its Chilli Cream Sauce (16.50), another perfectly executed plateful, a satisfying combination of flavours with the sauce a well judged addition rather than an overpowering mask. The side vegetables were perfectly cooked as well.

All the while I was sipping away at my Stonewell medium dry cider and that really came into its with the pork. Hopefully the cider is the first of local craft drinks to appear on the menu. 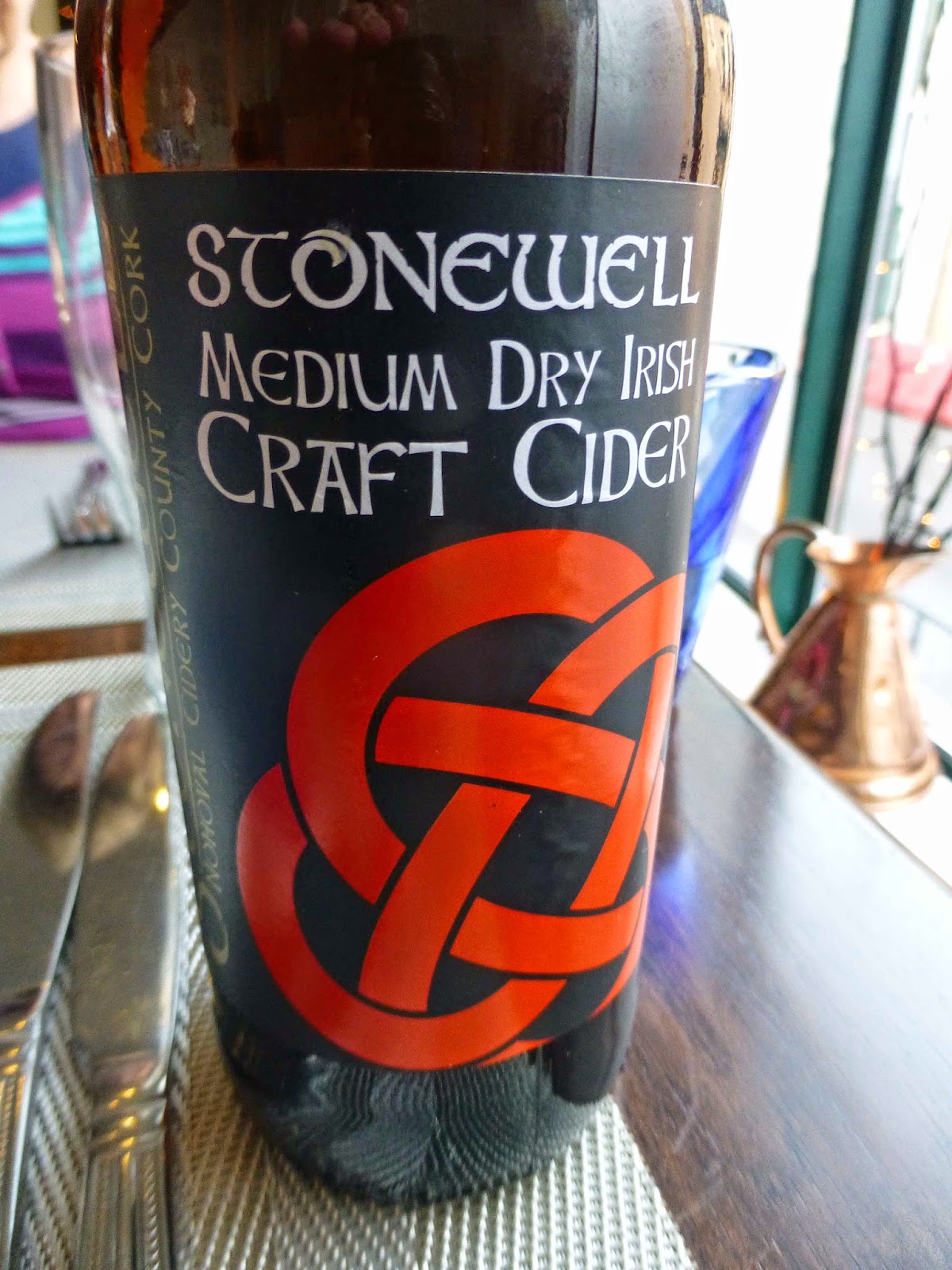 It had been a long time since a quickly snatched lunch so this time we had room for dessert. CL picked the Poached Pear in a Cinnamon Syrup and with Vanilla Ice-cream. Very impressive! I hadn't heard of Glenowen ice-creams so I said I’d try the Selection of Glenowen Farm Hand-made ice creams from Middleton(?). It came in three delicious flavours. Still not sure though who makes it, haven't been able to find anything on the internet. Have any of you heard of it?

Overall though this was a very satisfying meal indeed and you can add the Copperpot to your Clonakilty list.