SuperValu’s Italian Wine Sale kicks off this Thursday (16th April) and the team there have gone for the reds in a big way, with Amarone (€20.00) and Montepulciano’ d’Abruzzo (15.00) featuring. Whites are scarce but if you have a celebration at hand, even if you haven't, then the Lunetta Prosecco (15.00) fits the bill. There are quite a few wines new to SuperValu and some excellent ones also at the lower end of the price spectrum, including the enjoyable Ricossa Barbera D’Asti.


I notice there are two “old” friends on offer as well: the Sopra Sasso Amarone and Sartori Valpolicella. Both are very highly recommend. Check previous reviews here . Another star is the Ricossa Barola (below). 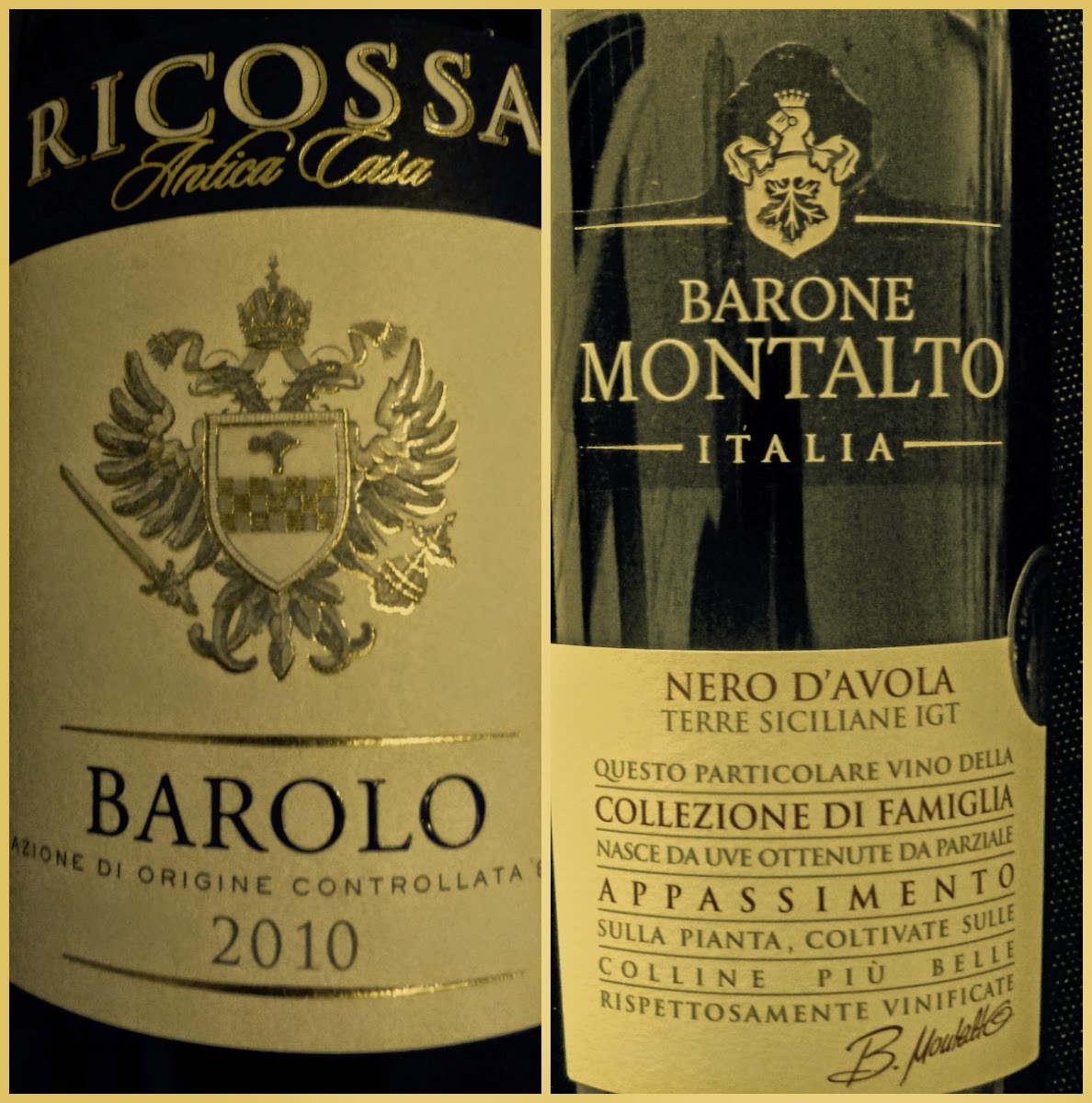 
Barbera is the most heavily planted grape in Piedmont; the wines are soft and fruity though the style can vary widely. Red fruit flavours (cherries, raspberries, currants) abound here but with a refreshing tingle of acidity. It is medium bodied with a soft texture and a decent finish. Easy drinking and highly recommended.


Some of the words on Italian labels can be a bit strange to many of us. Nero D’Avola is Sicily’s native grape but the term appassimento is mainly associated with winemaking in the north of Italy, think Amarone. In the north, the harvested grapes are spread out to dry, in a process that can last from October to January. The longer the drying, the more the concentration. It is an ancient practice.
However the concentration in the case of this bottle (according to the producer's website), is achieved by allowing the grapes to partially wither on the vines. The later winemaking includes 4 months aging in French oak barrels.
Colour is a lightish red. The wine itself (new to SuperValu) is medium bodied with fruit flavours and hints of spice, an apparent sweetness too and a lingering finish, that “sweetness” coming from the concentration due to the drying of the fruit. Recommended.


Ricossa Barolo (DOCG) 2010, 14%, €15.00
Red is the colour again, though a rather lighter one. Fairly intense aromas of dark fruit. It is full bodied and elegant, with hints of spice, noticeably dry. Terrific balance overall though and with a long velvety finish. “Classy from beginning to end” and Very Highly Recommended.Probably one of the best buys at the moment.


The Barolo is made from the Nebbiolo grape and has spent at least two years in wooden barrels.
Italian Supervalu Wine