Best of goods in small parcels 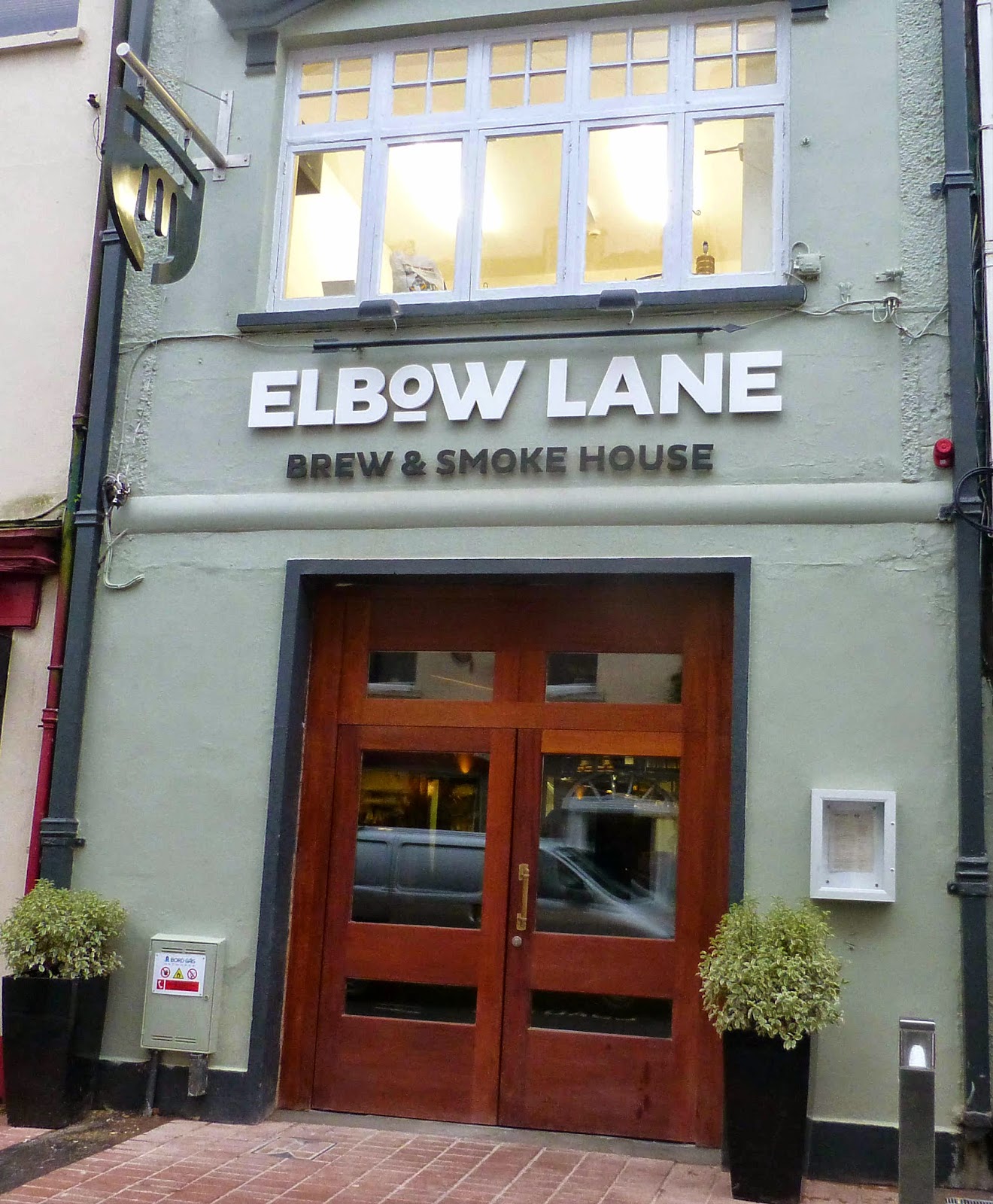 Best of goods in small parcels. An old Irish saying beloved of mothers.

And like many old sayings, there is some truth in it. Take the Elbow Lane Brew and Smoke House in Oliver Plunkett Street, Cork. The brewery here is so small, they call it nano rather than micro and the restaurant area, which can accommodate 25, is one of the smallest if not the smallest in the city. But you certainly get good stuff here.

Got the tour from Gerry O’Sullivan (you'll know him from the Castle Cafe) yesterday morning and you can see he enjoys his work here (he is also a home-brewer!). But then you realise that all the crew you meet here are on the same level of enthusiasm. Take a look at the top right of the menu and you’ll read: We’re really round of the beers that we make here. This is not marketing speak. It is true!

Perhaps, that enthusiasm has rubbed off from their beer guru Cuilan of White Gypsy. Elbow Lane folk are loud in their praise of the help and advice give by the pioneering Templemore brewery, especially Cuilán and Jamie.

The new Cork brewery is divided into two floors. The brewing and fermentation takes place downstairs while the conditioning takes place above. To save space, Gerry explained that they have an initial multi-purpose tank replacing the mash tun and lauter tun that you see in bigger breweries. Everything starts here and then the spent grain is neatly removed in its perforated container by a small hoist and no need for anyone to pop into the vessel with a shovel!

Gerry explained that hops can be added at different stages to the wort but with different effects. In general, hops added early in the boil will contribute more bitterness, but at the expense of flavor and aroma. Hops added at the end will have a more pronounced flavor and aroma, but will not contribute significantly to the bitterness of the beer.
Hygiene is all important and is given the highest priority here. And Elbow Lane have also invested in temperature control, a key element in helping the brewer. Patience is also required, especially with lager. A German style lager can take up to six weeks while an Ale or Stout will be ready in 12 to 14 days.

There is a set of conditioning tanks upstairs - again you’ll see much bigger ones in other craft breweries. They are also known as Bright Beer Tanks. But the beer goes in cloudy. “All our beers here are unfiltered,” Gerry tells me. “They are naturally cloudy.”

The Cascade hop is one of the most popular and indeed, Gerry tells me there could well be a shortage of this particular type in the near future. They use it sparingly here, in pellet form. All the Elbow Lane beers are relatively lightly hopped, mainly because of food matching considerations. You don't want an over-hopped beer destroying the food flavours.

Indeed, the new brewery owes it existence to the food produced in the restaurants, Elbow Lane itself and big brother Market Lane next door, nearby ORSO and the Castle Cafe in Blackrock Castle. Owner Conrad Howard says they wouldn't have started a standalone “retail brewery”. But this one fits really well with the company's four food outlets, each with its own style. The Brewery has kegging and bottling facilities but that is to distribute the beers to ORSO and Blackrock. Market Lane is piped into the system! 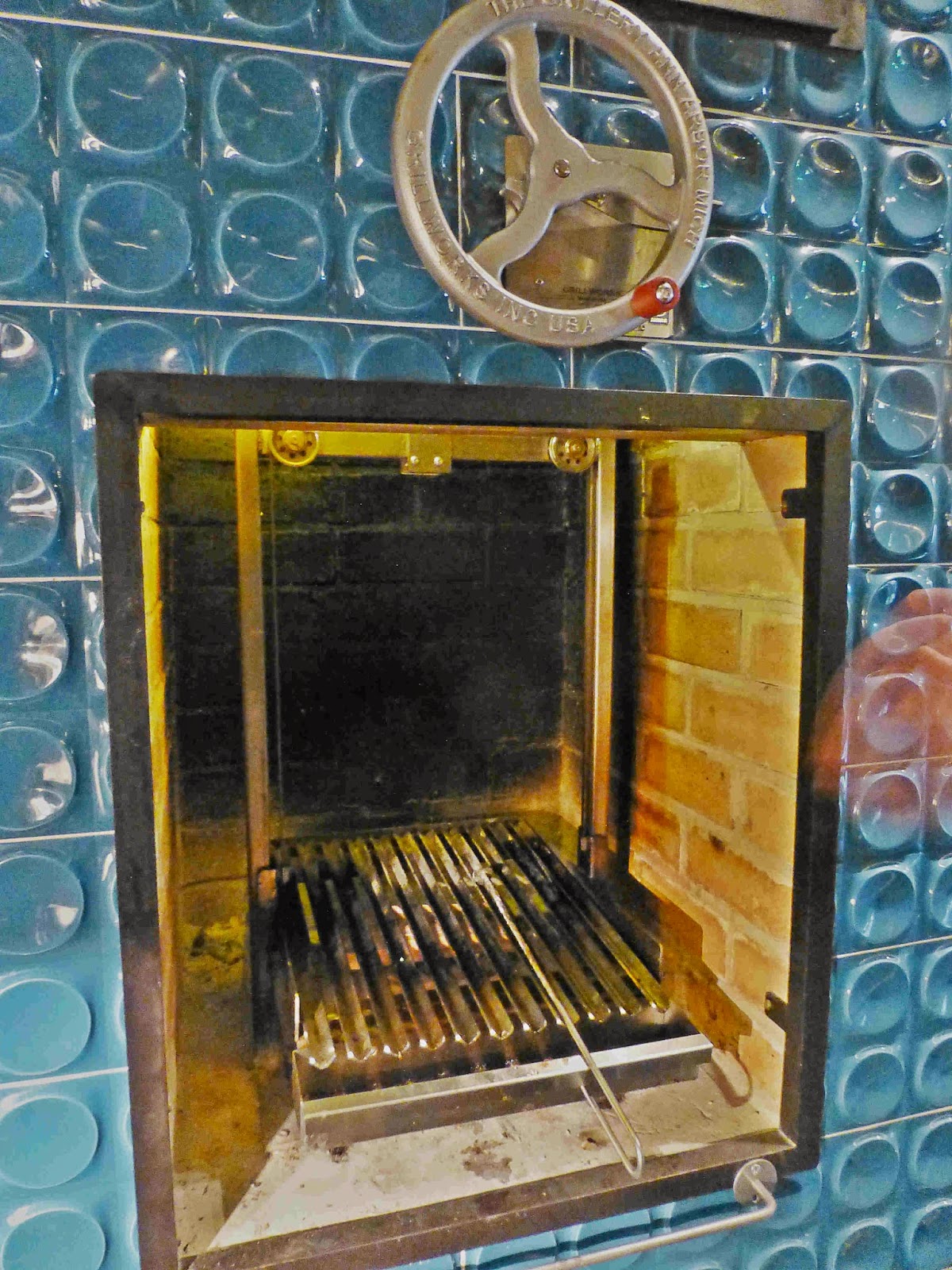 And what kind of food do they do downstairs in the Elbow Lane Smokehouse? Well, very popular stuff by the looks of it. You'll find it difficult to get a seat after 7.00pm. Head chef Stephen Keogh is the man in charge and his pride and joy is the wood grill imported from the US.

Virtually everything you get on your plate here has been through the in-house smoker, the smoke coming from apple wood. Oak is used under the grill and here the T-Bones, the duck and fish (last Thursday night it was Sea Bream), is finished off.

And it really is going down very well. “There is a great feedback from all age groups”, says a delighted Gerry. “What’s your favourite?”, I asked. “Oh give me a T-Bone with that smoked Béarnaise butter and I’ll be a happy puppy!”

Sounds very good indeed. Pity it was early in the morning when we met! Must go back and try the cooking, the ribs are also highly rated. And it is a very different menu.  Even the desserts! Where else would you get Passion Curd, eucalyptus and tamarind jelly?

At present, there are some five beers in the Elbow Lane range: Elbow Lager, Wisdom Ale, Liberty Porter, Angel Stout and Jawbone Pale Ale. Check them out here. Oh yes, you may also drink wine here, even tea and coffee! 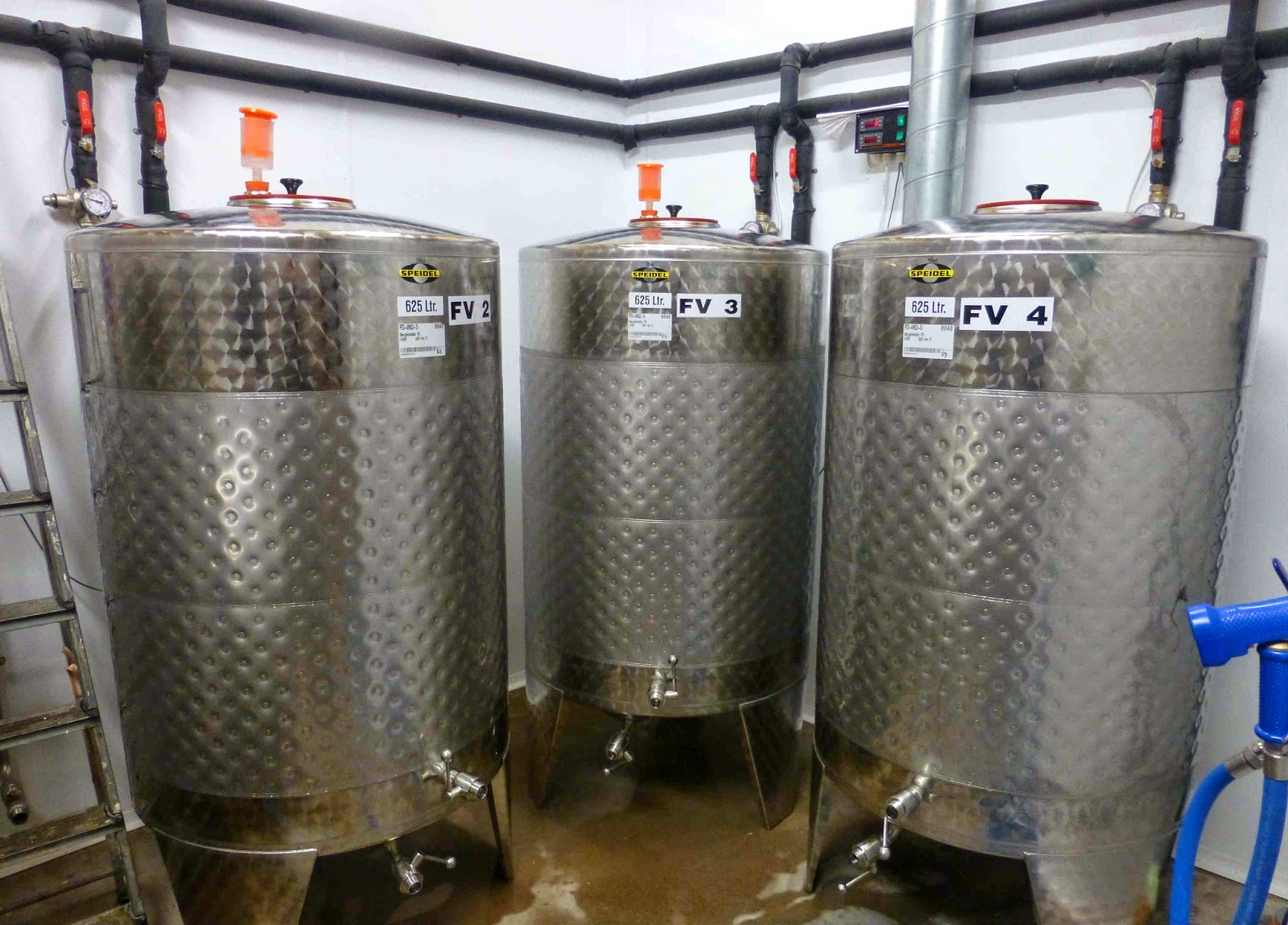