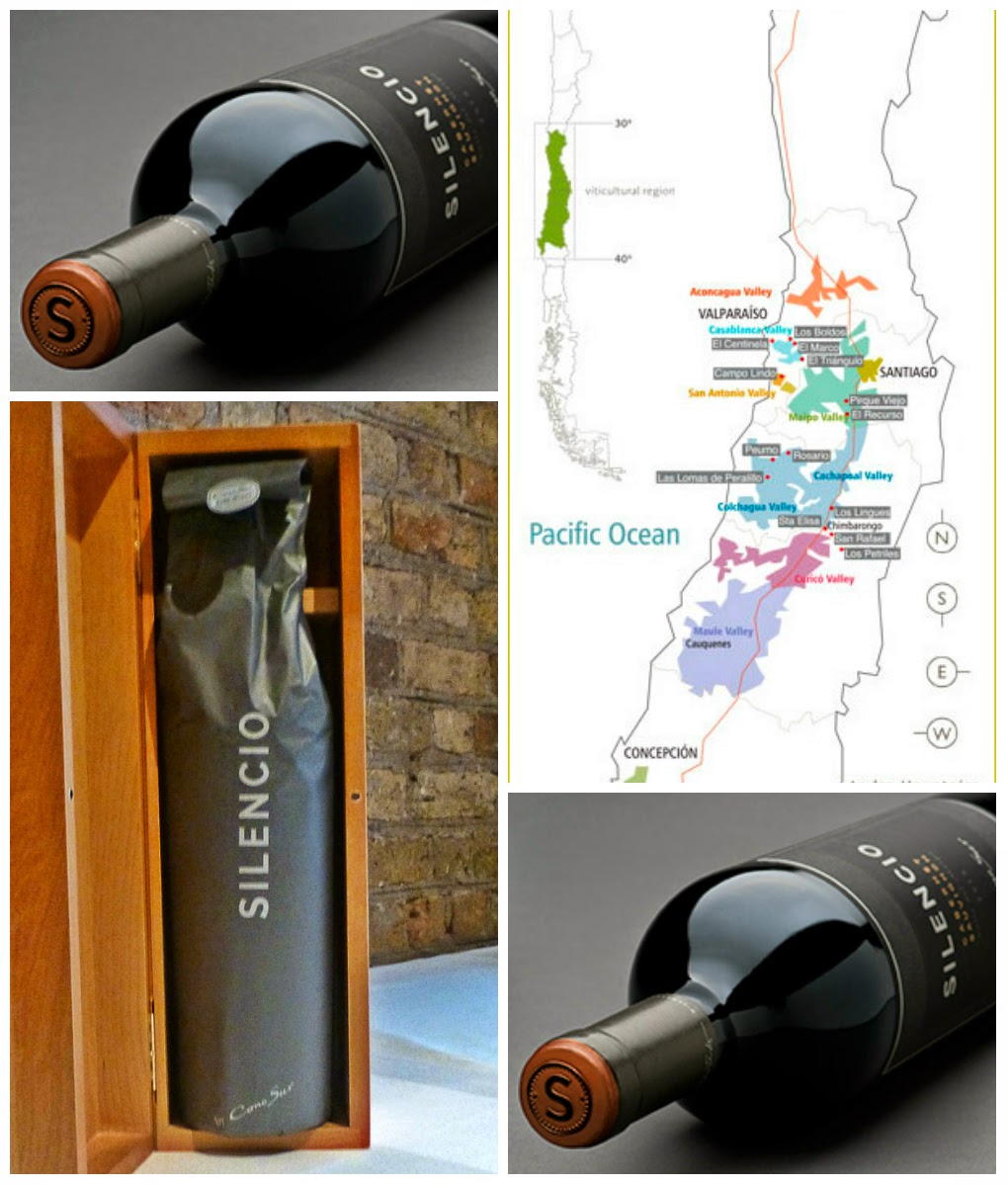 It could well be a Silencio Night in some Irish homes this Christmas. But not too many. Silencio is the new premium Cabernet Sauvignon from Cono Sur and only nine barrells were produced. It won’t be that easy to get your hands on one of the bottles and Irish distributors Findlaters are likely to be under pressure!

The new wine, and it is superb, was launched at an lunch in Dublin on Monday. Cono Sur MD and winemaker Adolfo Hurtado was at the Trinity City Hotel, joined by some of the crew from the Paris Bloggers Final, including yours truly. Great to meet some of the other Irish contestants, Jeni Pim and Melanie May.

Adolfo was delighted that Chile has just reached the Number One country position in Ireland. “Ireland is important to us. We are one of the leaders of organic wine production and the biggest producer of Pinot Noir in the world.”

They certainly make some gorgeous Pinot Noir, including the iconic Ocio, and this 2010 Silencio is fast heading in that lofty direction. “It spent 26 months in new French oak barrels and a further two years aging in the bottle. It comes from the Alto Maipo area in the Maipo valley. This valley is a great area for Cabernet Sauvignon and the Alto is even better. We have deliberately chosen a less arrogant name as we let the wine do the speaking.”

It has already been declared by the top Chilean wine magazine as the “best Cabernet Sauvignon in Chile”. Matthieu Tiche, their Export Manager and one of the friends we made in Paris, is very excited about the aging potential of this wine. He sees it as having a potential of ten years and declared it  “a sleeping beauty!”.

“It has an intense ruby red colour and delicious aromas of red fruits, berries, and cassis, with well integrated oak. The palate has great balance and concentration with smooth seductive tannins and a long finish.”

Maybe you will be lucky enough to get a bottle or two of Silencio for Christmas. But, if not, Cono Sur has some other red gems in its portfolio. I have to admit that the Ocio Pinot Noir has captured my palate. If it must be Cabernet Sauvignon for you - the cook here, another veteran of the Bloggers Final, is a Cab Sauv fan -  then check out the 20 Barrels Limited Edition or maybe the Single Vineyard Block 18, both also from the Maipo.

We enjoyed an excellent lunch with Cono Sur and Findlaters at the Trinity City Hotel. The opening Classic Caesar Salad was matched with the Single Vineyard Sauvignon Blanc (a beautiful aromatic wine from the Casablanca valley). The Silencio was paired with Roast Sirloin of Beef. The assiette of homemade desserts was accompanied by the Single Vineyard Riesling. The Riesling, with impressive freshness and minerality, comes from the Bio Bio valley which is at about the same latitude as the middle of New Zealand’s South Island. 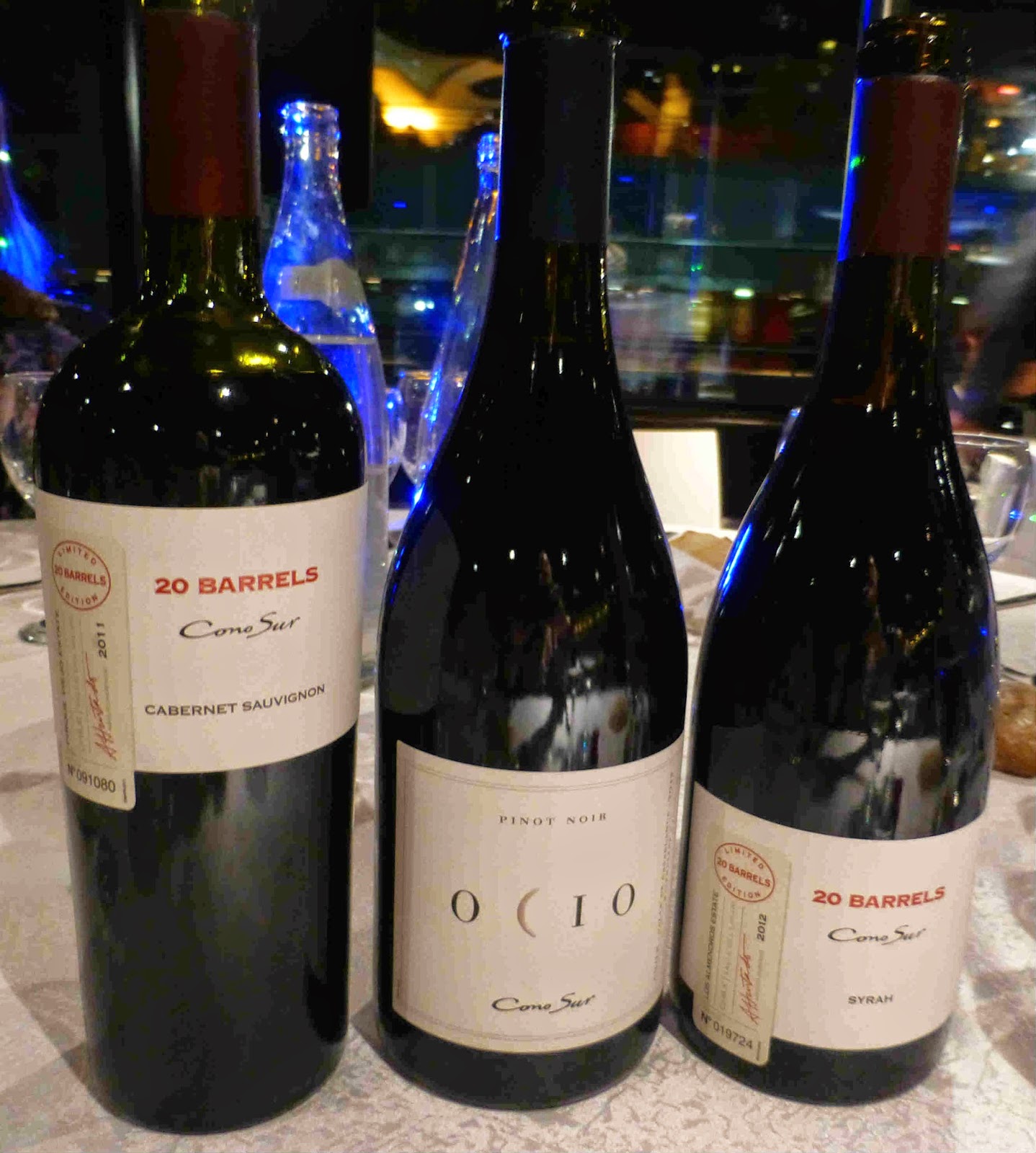