He indicated that the new brewery is not a huge one but will certainly be an improvement on the cramped operating facility. Cramped maybe, and some of the labelling and blotting equipment is pretty basic, but the place has produced some great beers, regular award winners, the most recent coming at the 2013 World Beer Awards where  the brewery’s regular Rebel Red Ale won gold as the best amber beer in  Europe. Shane hopes their beers will win more awards and, once the new brewery is up and running, he hinted strongly that we’ll see a much improved lager.

We then headed to the room upstairs, now the company’s Education/Training facility. Where Des, the company’s  “sampler” is in charge and told us about their plans to entertain tourists and educate staff from their customers (not at the same time). We got a little education ourselves in the workshop that followed. How grain imparts colour and sweetness, how hops deliver bitterness and aromas and the use of dry hops and so on.

And, then with the aid of charcuterie and cheese from the English Market, not to mention pizza from downstairs, we started the tasting with that award winner Rebel Red. Des was delighted with the award, saying its adds credibility to the beer and to the brewery. This ale has been around for quite a while now but, with its perfect balance (right on the money,according to Des) and “a little bit of sweetness”, it remains a firm favourite.

And one of my firm favourites from the Franciscan stable has been and is their Friar Weiss, a German style wheat beer. Always cloudy (no filtration), it has typical bananas and clove on the nose and always tastes zesty and fresh. This has been regularly blind tasted in Germany and always passed as a native. High praise indeed.

The brewery will have a widespread (including Cork and Dublin) April launch of a beer and cheese match. But I suspect it is another April launch that will have more of their attention. That involves their new IPA, the Chieftain, another name drawn from the history of the location, politics and religion mainly since 1219 (originally the “miraculous” water from the well was the most desired liquid).

IPA is “a massive category” and the Chieftain, a cask beer, has a natural cloudiness (or haze) and has an ABV of 5%, on the light side for an IPA. But it delivers all the flavours without any extreme of bitterness. Suited me fine, I must say. And it is the latest example of Long’s canny ability to find a slightly different take on an established style, not necessarily the safe middle ground either.

That ability is also illustrated with their regular Shandon Stout. Elements of a real traditional stout for sure but with no real bitterness, it is smooth, the mouthfeel is quite light and the finish is dry. A good balance of flavour overall and as Des said “light chocolate rather than dark”.

And we then finished the tasting session on a high with their “showcase” Jameson Aged Stout, made just twice  a year, 4,000 bottles in all, many of them already sold! Again, Shane Long shows great ability here. He didn't want the whisky to dominate, the oak to take over, the beer to be just another stout. He got the balance right in this amazing drink, palate warming with an unique flavour, some bitterness, yes, but perfectly balanced. Perfect!

We weren’t quite finished yet. We were invited downstairs where more beer and amazing pizzas awaited. A terrific evening. The tours are now open to the public and indeed there is at least one on there this evening. 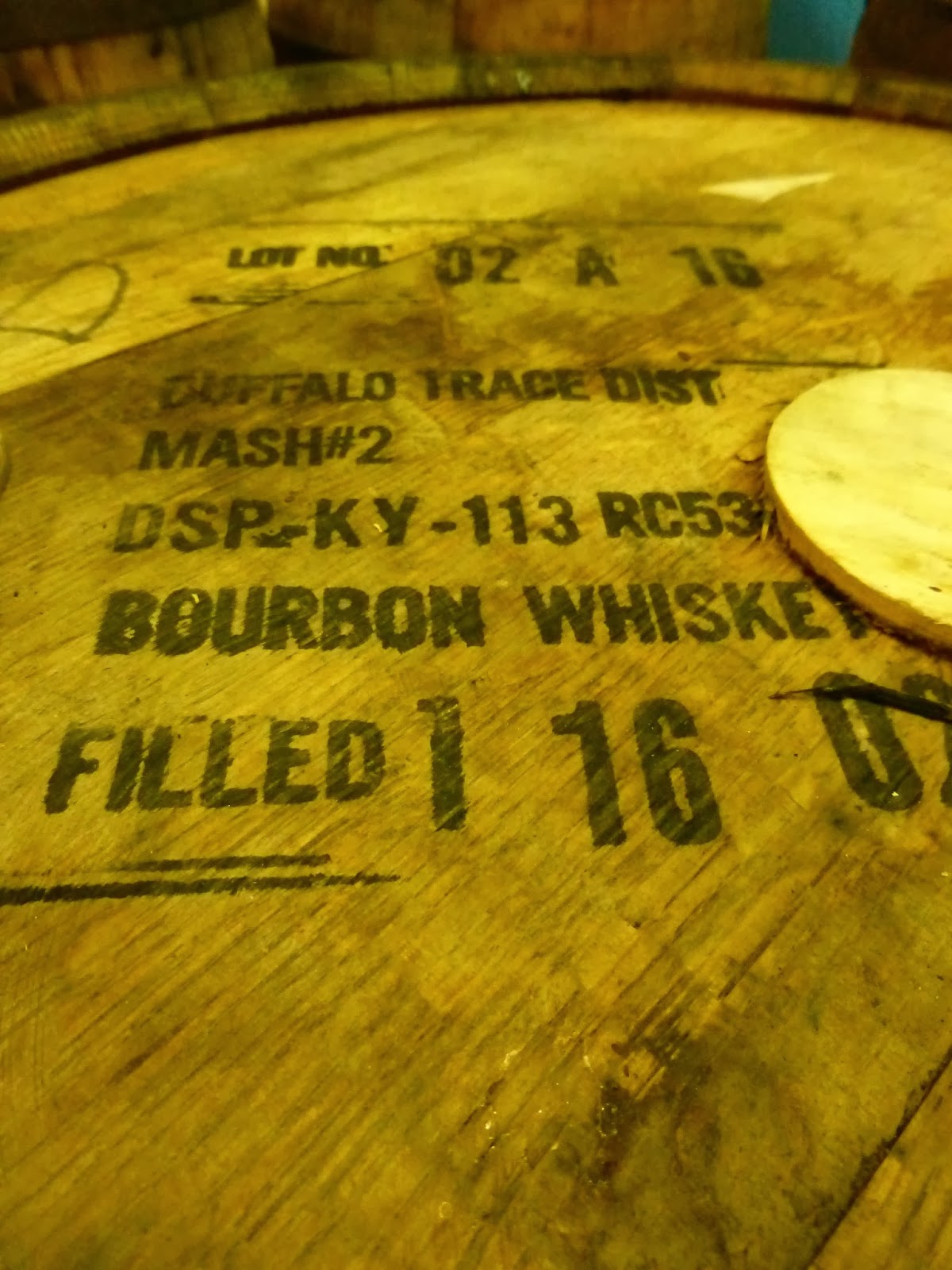 Franciscan Well (under the arch)

The Beer Nut said…
The beers are generally very good, often superb, but still craft? For me, personally, that horse bolted as soon as there was Franciscan Well beer brewed in England which presented itself as though it had been made in Cork. Not cool, and not craft.

The current bottle labels have "Brewed in the EU" on them: one of the clearest signals that a brewer has done something they're not proud of and would prefer you didn't know about.
February 28, 2014 at 10:39 AM

Visitors will be brought through the rich history of the brewery, which is built on the site of a 13th century Franciscan well and monastery. They will see, touch and smell the ingredients that go into brewing Franciscan Well’s award-winning line-up of beers as they are taken through the brewing process. Finally, they will savour the taste of Franciscan Well’s signature beers, including, Rebel Red, Friar Weisse, Blarney Blonde, Purgatory Pale Ale and Shandon Stout, as part of a tutored tasting session.

At the end of the tour, visitors can go and soak up the legendary atmosphere in the Franciscan Well Brew Pub, one of Cork’s best-loved pubs, which offers a full range of Franciscan Well beers as well as a diverse array of beers from Ireland and around the globe.

Built in 1219 on the present day North Mall, the 800 year old Franciscan Well site is at the very heart of Cork’s vibrant historic quarter, enduring suppression under Henry VIII and hosting King James II - who is said to have presided over a service at the Friary chapel.

Franciscan Well Founder, Shane Long said: “The Franciscan Well team and I are thrilled to be able to welcome visitors to the brewery and give them a proper flavour of what we’re about. With the tours, we’re hoping to become a top destination for beer buffs and tourists alike and we’d love to think that we’re playing our part in bringing Cork back to its brewing heritage.”

The Brewery Tours & Tastings will run from 3rd March, Monday to Friday from 6:30pm, adding to the eclectic line-up of activities and events at the Brew Pub each evening. Admission is €10 per person. The Franciscan Well Brewery and Brew Pub is located on the North Mall, Cork City.