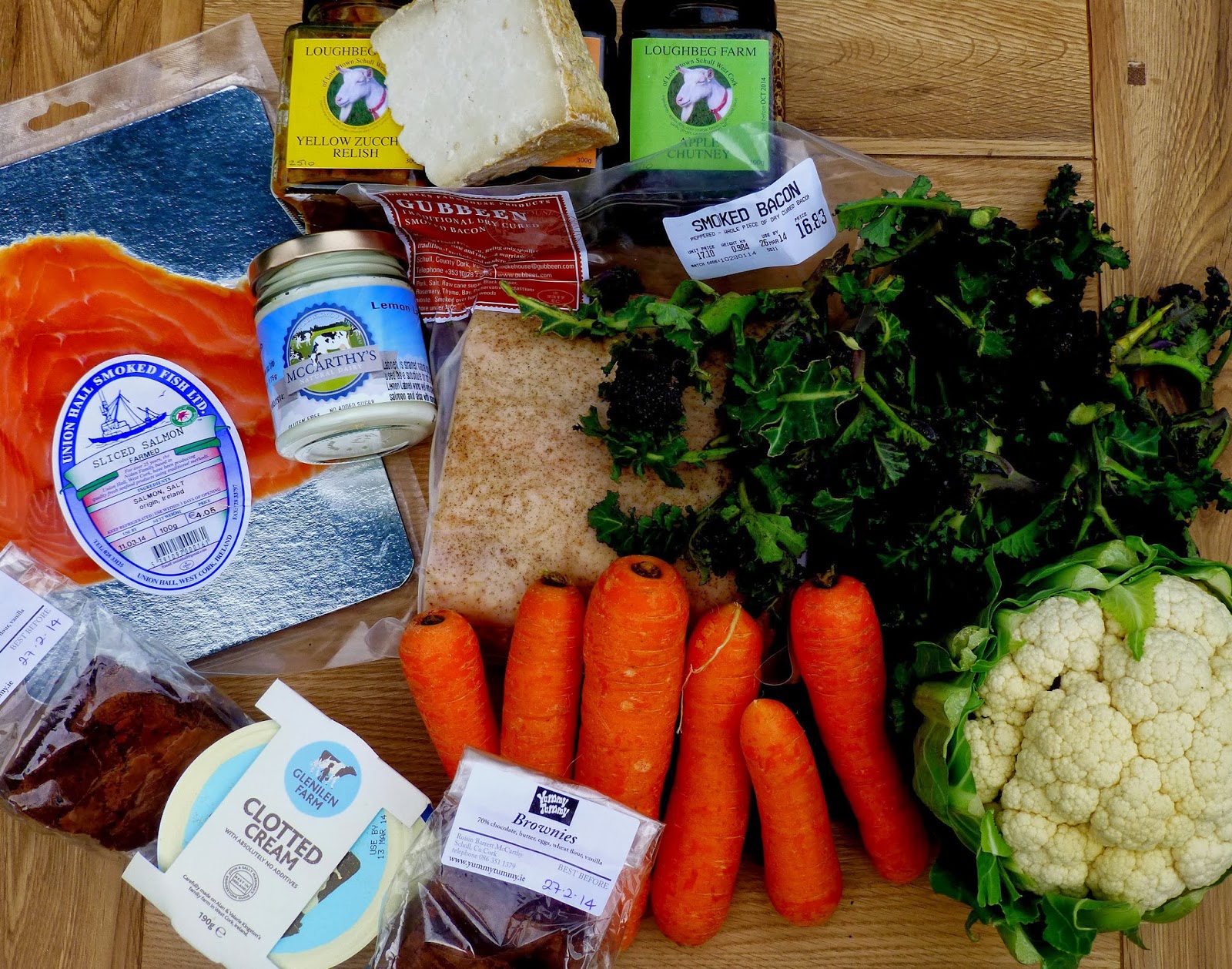 This is the latest in a series of Market Meals. The difference here is that the meal comes from just one stall and that is the relatively new Fresh from West Cork initiative in the English Market, just opposite the renowned Chicken Inn.

And another difference is that I’ve had a  bit of fun matching the four courses to beers. Since four beers is hardly enough for a growing boy, I’ve done it twice. Match One is with Cork beers while Match Two is with Porterhouse Beers.

Thanks to the ever patient Michael Creedon of Bradley's Off Licence for his knowledgeable help with selecting the beers but the final pick was mine! Don't want you  going into North Main Street and blaming Michael if your local favourite is not on the list.

Back now to Fresh from West Cork. Walter Ryan-Purcell is the face behind this “cooperative” effort from the west and close to forty producers are represented so it wasn't that difficult to get enough for a four course dinner. Indeed there were many options.

It just illustrates that you can do all your food shopping in the English Market. Maybe not all at Fresh from West Cork - they don't do fresh fish, for example - but you’ll be spoilt for choice if you wander around the wider market 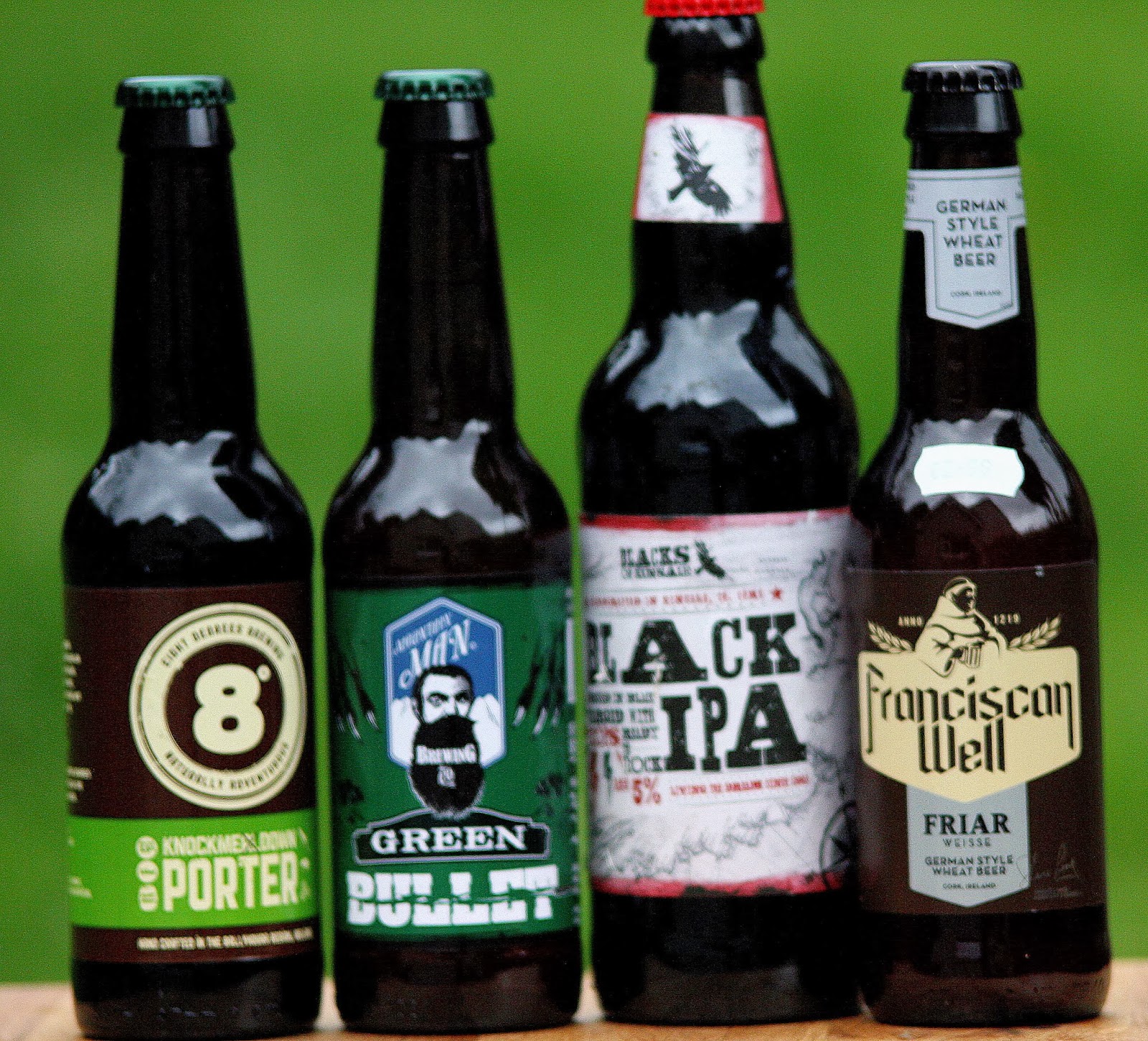 The smoked salmon, served with a little salad, was quite rich and the creamy Labneh added to the texture. Might have been better served on a Ryvita cracker or similar. Both beers worked well though in different ways. The Ale added more flavour while the Pilsner, not lacking in flavour, provided a nice cutting edge, a contrast against all the creaminess. One up to the Porterhouse team!
Mains: Gubben Traditional Dry Cured Smoked Bacon with vegetables from Peter Ross.
Cork Beer: Blacks Black IPA (Blacks, Kinsale).
Porterhouse: An Brain Blásta Strong Ale.

The Gubbeen bacon, smoked and lightly peppered, was sensational, the star of the night. With its fantastic texture and flavour, it was out on its own. The beers were both good matches; the Black perhaps best taken with bacon on the palate, the PH between bites! An Brain Blásta (even at 7%abv) doesn't mean brain blaster. It is Irish for The Tasty Drop. 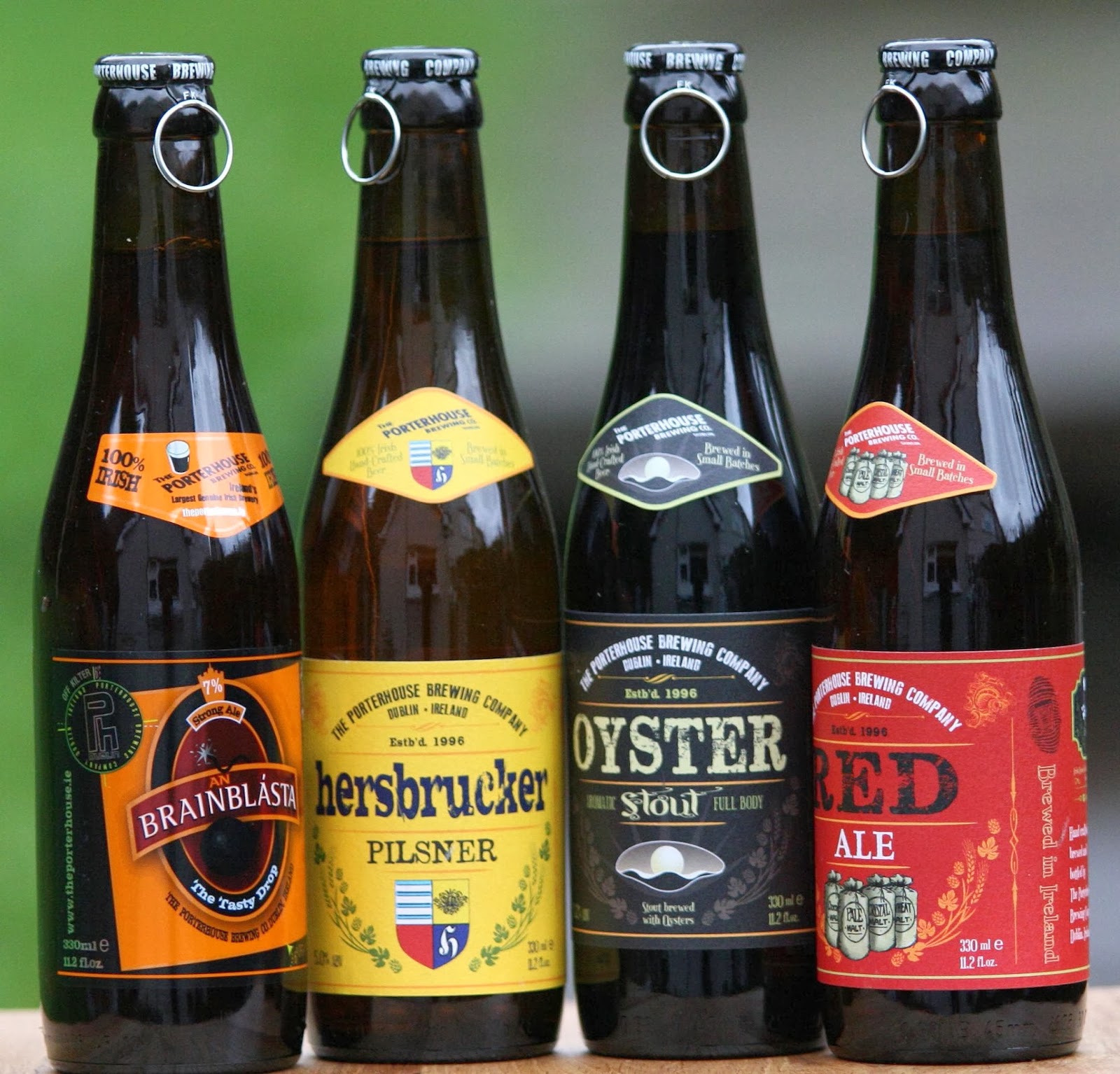 The gorgeous crumbly cheese didn't seem to be getting on too well with the spiced up relish. Until the Friar Weisse was introduced. The local wheat beer transformed the potential discord into a very edible treat. A terrific match. Porterhouse don't make a wheat beer and through no fault of its own their Red Ale couldn't quite replicate the feat of the Friar here. Still, it was a nice way to pass the longish interval to dessert. That makes it 1.5 each for the beer teams.

Let me get this straight. Yummy Tummy’s Brownies are ace. Glenilen Clotted Cream is ace. You're on a winner. Now, add Knockmedown Porter (Eight Degrees) and you have a jackpot combination! Irresistible! That gave the edge to the Cork beer team, 2.5 to 1.5. The Oyster Stout, a gem in its own right, didn't have quite the same impact in the sweet finale to a smashing West Cork dinner. 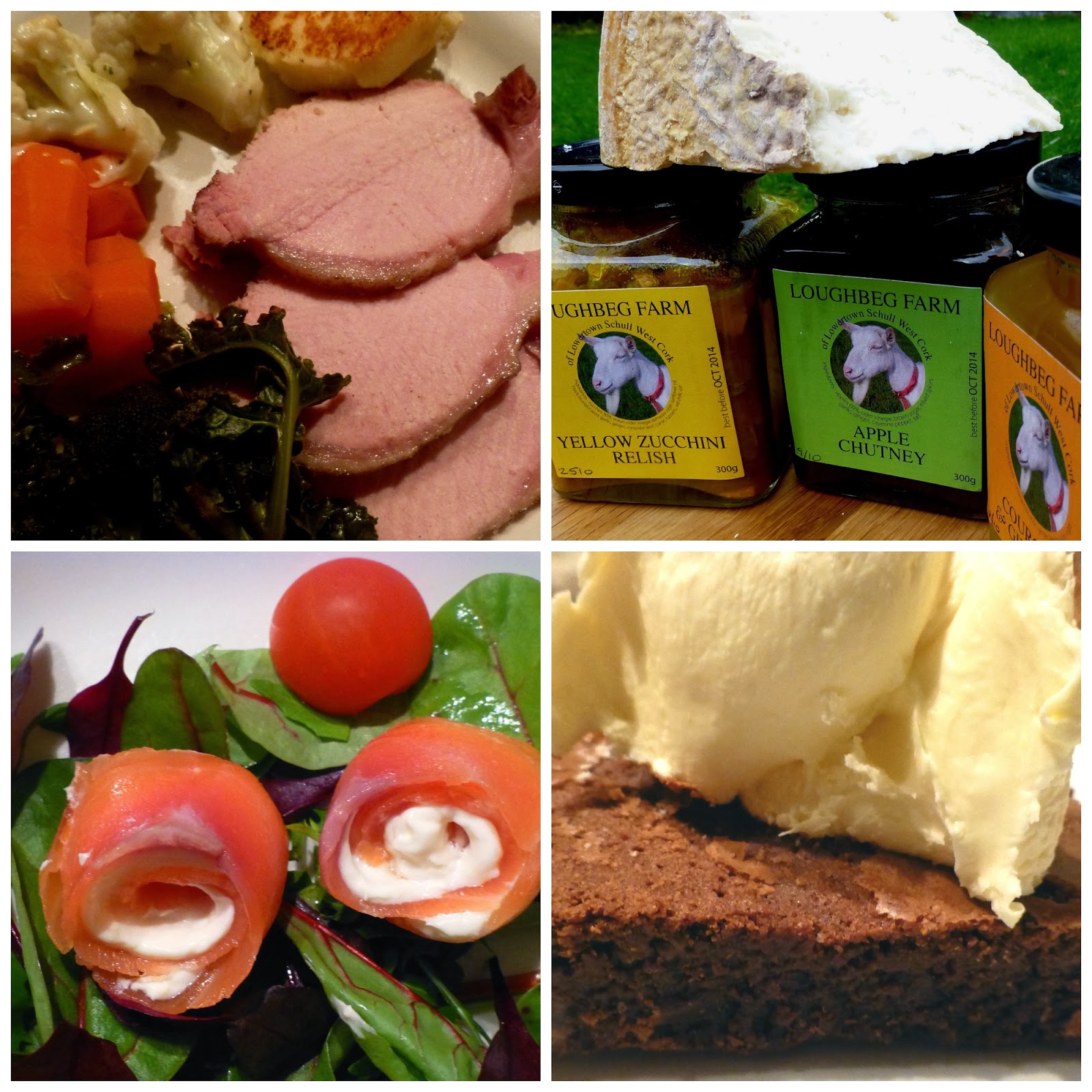