1964. 1970. 1981. 1994. 1999. These were the “Mythical Years” in the vineyards of La Rioja and Sergio and wine-maker Rafa brought the five Faustino 1 Gran Reservas to Jacob’s on the Mall last evening, keeping the best wine ‘til last and producing this stunning line-up as the cheese plates appeared.

Amazing how the old 1964 looked so young and fresh, its deep lively crimson elegant and bright. Like its younger relations, it is made from 85% Tempranillo with Graciano (which adds “a little colour and character”) and Mazuelo also in the blend. Aromas are intense and spicy and on the palate it is ample and smooth. 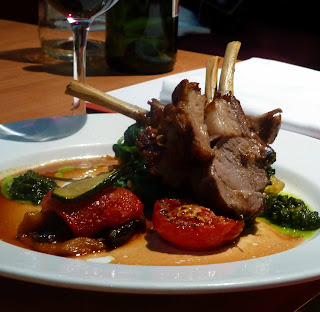 Aromas and colours changed slightly over the years but all the wines, all of which have spent about 2 years in oak, are velvety and spicy, rounded and well balanced and with a long dry finish.

During the vertical tasting, Rafa said that “1964 was the best year ever “ and that they still “have a few bottles left”. A remarkable set and great to get the chance to taste these five together.

With the main course of lamb, we were introduced to a more recent range, the Portia, a Ribera del Duero DO, Spain’s “second most well known appellation”. Started with the Ebeia Roble. This has spent four months in oak and is the entry level wine, made with 100 per cent Tempranillo (known as Tinta Fina del Pais in the vineyards), just like the others.

Next was the Crianza, made in much the same process as the Ebeia Roble but this has spent 12 months in American oak barrels and it shows in the aromas, taste and aftertaste.

The award winning Portia Prima is a gem, with limited production and made only in “exceptional years”. The handpicked grapes are again sorted before fermentation. The Malolactic Fermentation is in new French oak barrels;  there are 15 months of ageing in the barrels and then nine in the bottle before the release. Worth waiting for! 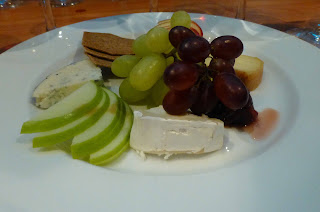 The evening had started with a Cava reception and some very nice bites from the kitchen that provide gorgeous food all the way through. Then we moved to the tables and a Seafood Cake starter. That required a white and, of course, Faustino had one, the fresh and light Faustino V Blanco Joven, a blend of Chardonnay and mainly Viura. A lovely start to what turned out to be a memorable wine event.

So thanks a million and Happy 150th anniversary to Faustino. Thanks too to Sergio and Rafa for bringing the best of their wines to Cork and to Gilbey's who hosted them last night!