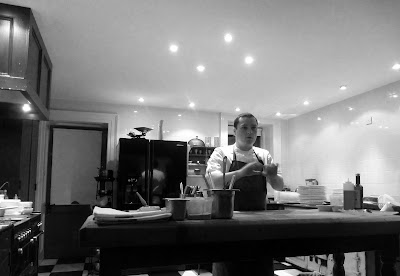 Experienced Scottish chef Stuart Bowes is the new Head Chef at Barnabrow House  in East Cork and owner Geraldine Kidd introduced him to the media last week. Later Stuart introduced himself with a smashing dinner.

But first we met in the smaller kitchen of the big house, Geraldine’s own kitchen! She told us Stuart spent six years training at the Michelin starred Chapter One in the UK before embarking on a trip to Australia where he broadened his experience before coming to Cork to work in the Orchids restaurant in Hayfield Manor. He joined Barnabrow last June.

While doing a little demo in the kitchen, Stuart told us that “preparation is vital...helps get consistency..whether your group is 20 or 120.” 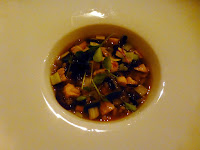 While demoing his Rabbit dish that we would so enjoy later on, he spoke of a new experience at the wedding meals in Barnabrow, the shared platter, which we would also see later. “We give the couple the choice and so far two have taken the shared platter. The reaction has been great and we hope to do more with it.” Many see the platter as a good ice-breaker.

Having talked the talk, Stuart walked the walk, starting us off with Cork-a-leekie! That Scottish classic was given an East Cork twist by the proud Scot with Dan Aherne’s organic chicken and leeks from Barnabrow’s own walled garden.


Conversation was now flowing and that flow was further enhanced as the shared platter was passed around. The wines too were flowing and they also were top notch. I could go on and on with the superlatives but I think I’ll just let you have a look at rest of the menu now. Top produce and a top chef meant we were in foodie heaven for the very enjoyable candlelit evening meal. 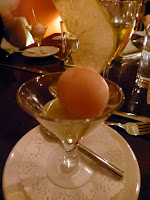 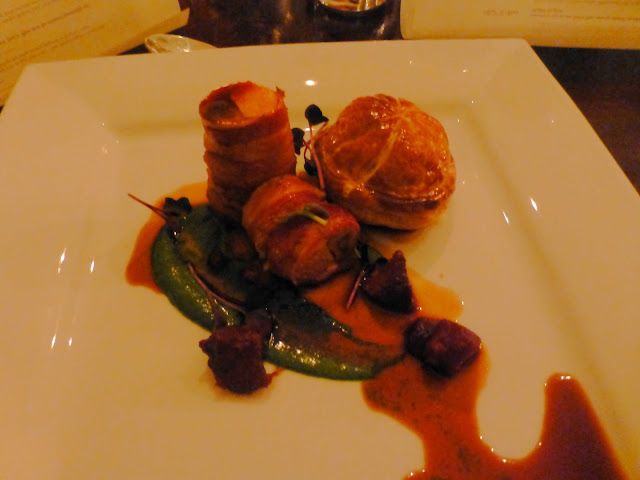 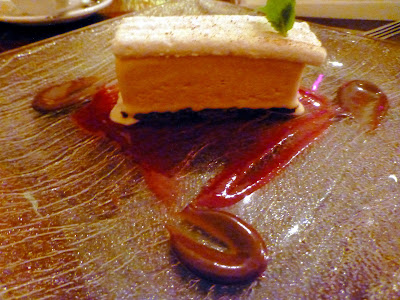 One magnificent meal. Perhaps the humble rabbit provided the highlight but then I wouldn’t want to miss either the Shared Platter or the Dessert. Great stuff, thanks to Geraldine, to Stuart and their lovely staff.