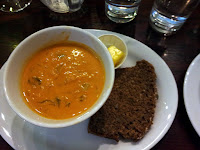 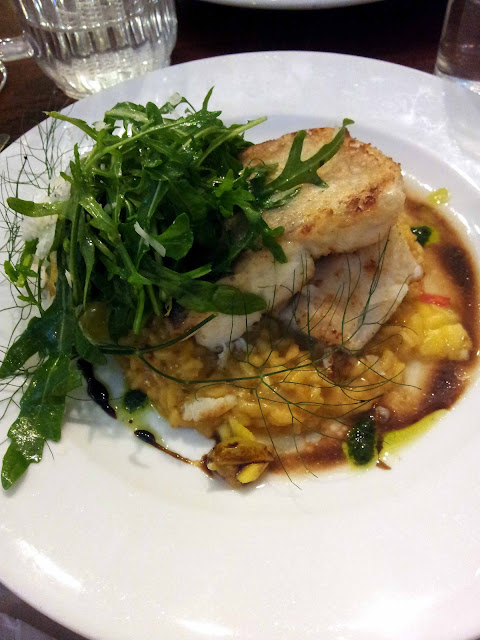 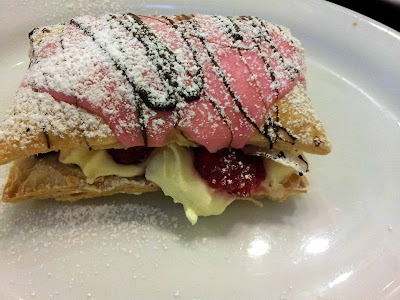 Hadn’t been in for a while and it was great to see the Nash 19 crew in top form when I called in for a midweek lunch. It just gets better and better in this central Prince’s Street venue. The smiling service is as bright and efficient as ever and, hard to believe, the food is probably even better. What a lunch: from a menu of great variety, I enjoyed three courses of the highest standard.

Take the hake I had for my main course. That fish must have been dripping from the Atlantic when he arrived in Nash 19 that morning. Such freshness I have rarely encountered.

Then add in the magic from chef Pamela Kelly. The Castletownbere hake was presented on a Saffron and Prawn Risotto with a sprinkling of Kelly magic, including grapes, pineapple and balsamic, endowing the gorgeous flesh with a light and scrumptious touch. Influences of the Med, maybe Asia. Wasn’t really giving that much thought. Too busy eating.

I have enjoyed some tremendous fish dishes in France and Spain over a recent four week holiday, dishes where the fish was king and the other bits and pieces were used to enhance that status. It gives me the greatest of pleasure to say that the Nash 19 hake was as good as any of the Basque creations.

Dessert was another highlight. Here some of the freshest raspberries from Con Trass’s Apple Farm had been included in a gorgeous Mille Feuille, layers of sweetness and the juice of the berries. Might not be a great summer but this was a sunny delight.

The meal had started off well with the Fish Chowder, another class offering, and the wine was a French Sauvignon Blanc by Les Jamelles, crisp and tart and fine with the fish. A couple of coffees at the finale and two happy diners joined many more leaving the busy Nash 19, meeting many more that were coming in.
Cork dining lunch Nash 19