Two Excellent Reds For Santa's Bigger Helpers. A Grenache/Mourvèdre Blend from St Chinian and A Malbec From Argentina's Mendoza

A Grenache/Mourvèdre Blend from St Chinian

A Malbec From Argentina's Mendoza 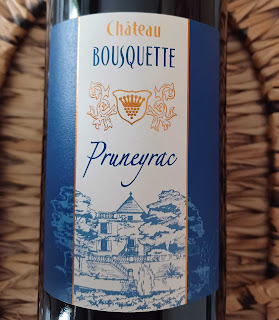 This is a big wine from the Midi, full of the aromas and flavours of organic Grenache (50%) and Mourvèdre.

Colour is purple, a little lighter at the edge, tears are slow to clear. Aromas are expressive: spice, pepper, wild berries and the local garrigue. On the palate it is harmonious, with intense flavours and silky tannins. Finish is long and spicy.  Very Highly Recommended

The Domaine de la Bousquette was the property of the Abbaye de Foncaude until the French Revolution. A long line of winegrowers, including the Fabre-Ginoulhac family who managed it until 1996, followed before it was taken over by Swiss winegrowers Eric and Isabelle Perret

It was very early on, in 1972, that the Domaine de la Bousquette joined the " Nature et Progrès " charter, and is now regularly certified by Ecocert for organic farming, without chemical fertilisers, weedkillers or pesticides.

This cuvée is named after an old family from the region, who were very involved in the estate at the beginning of the century, as evidenced by old bottles found in the cellars. Pruneyrac is in Saint-Chinian, an appellation in the large southern France region of Languedoc-Roussillon.

Uncork about 1 hour before the meal and serve with, for example, with lamb shoulder confit with sweet onions and ginger. Perfect too with a leg of lamb, cassoulet, strong cheese or a barbecue. By the way, this juicy red is excellent with turkey! 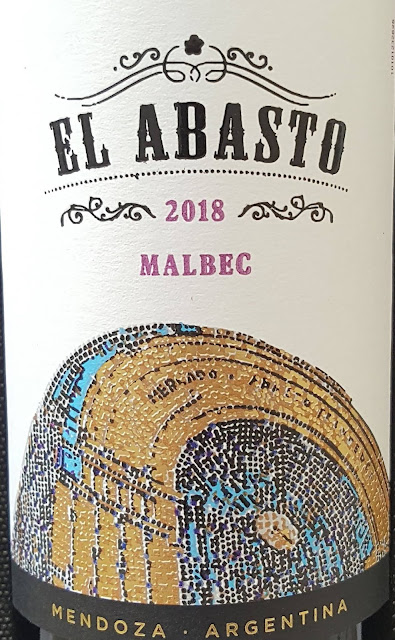 There are, according to Wines of South America, two main factors that help Malbec thrive in Mendoza.

The low rainfall (12” as against 30” Bordeaux) and its timing, falling mostly in the summer, promotes ripening and minimises disease. Second, Mendoza’s wide thermal amplitude (put simply, the difference between daytime and nighttime temperatures) promotes aromatic development and softened tannins. The proof’s in a glass of this vibrant fruity full-bodied wine.

Where did the name come from. The label tells us that by the end of the 19th century, Buenos Aires was growing significantly due to migration from Europe. The El Abasto market opened in 1893 and, with many immigrant neighbourhoods, it quickly became also a centre for Tango, poetry, and culture.

Mid to dark ruby is the colour. The aromas are full of jammy dark and red fruit, all saying welcome, come on. And in the mouth, it is equally loveable, totally gluggable. That punchy yet soft fruit (plum, blackberry) comes in a medium body, and the wine is smooth right through to the finalé. Put this on your Malbec shortlist. Highly Recommended.

Pair with charcuterie, cold cuts, firm cheeses, steaks, burgers, pasta with red sauce and, among other things, Wine Folly suggests melted blue cheese.. And it can be served chilled, though you probably won’t need to do that at this time of year!

We can get some excellent Malbec from Cahors (in the south west of France) where it originated and is known as Côt. But is has found a welcoming home in Argentina and is the country’s most important grape. Indeed most of the world’s Malbec is now grown in Argentina.