A Quart of Ale± #133. On the craft journey with Kinnegar, Wide Street, Galway Bay, West Cork, and Bradleys 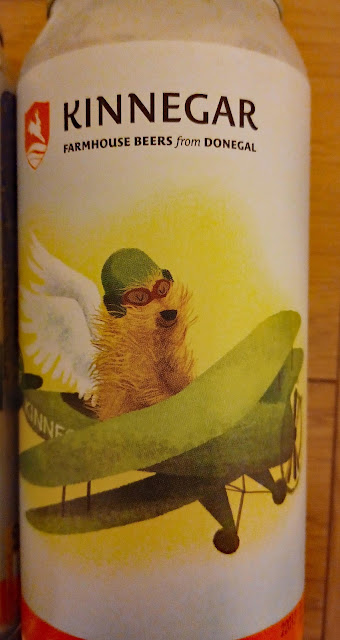 This old reliable, the Rustbucket, is well into its second decade now. The brewery tell us “it was inspired by an old friend - a real character and independent spirit, but always a faithful companion. This description also fits our friends at An Grianán Theatre for whom we originally developed this special beer.”

Amber is the colour and it has a big soft head. Malt heads the aromas with rye offering a little spice. And you meet that spice again in the mouth. And it’s all a little bolder, a little spicer, on the pleasing palate. The American hops come on with a citrus contribution. All’s in balance here though. It is an excellent beer. “A fresh and hoppy drink with a complex flavour profile that never disappoints”, they say themselves and I’ve no problem agreeing.

Once our wandering ancestors settled down, they began to grow grain to make bread and beer. Which came first? I’m not going that deep here. But, in any case, the kind of beer made depended on the local grain. Rye, which thrives on poor soil, was the local grain in much of northern Europe, especially in Russia and Scandinavia. Wonder if those early brewers made anything as good as this Rustbucket!

So how do Kinnegar humans (quite an inventive tribe) go from rye to rustbucket? Credit goes to a Donegal madra (his pic is on the can). “This is where the story gets obtuse, winding a thread around a beloved Irish Terrier, Rusty, or as he was affectionately called by many, Rustbucket. Irish Terriers are renowned for their intelligence. Some, like Rusty, are also very well-known for their tenacity and downright stubbornness. He was a great dog, but he sure did require a lot of patience!”

Quite a storied beer then, though many of the yarns might have never been written but for the crew at An Grianán Theatre calling for encore after encore (read can after can) on that Rustbucket opening night so many litres ago. 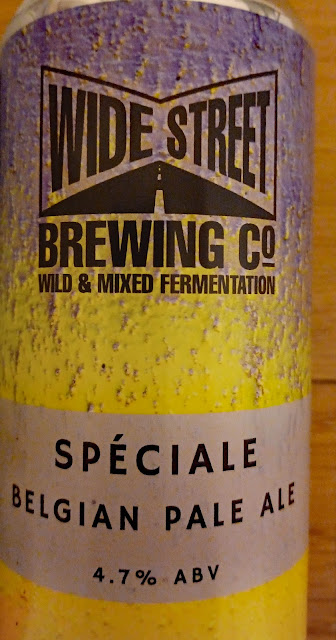 Longford brewery Wide Street introduce this Pale Ale: “S P É C I A L E is our nod to the Belgian Pale ales brewed in the Flemish provinces of Antwerp and Brabant. Traditionally amber in colour despite the Pale Ale name this beer is medium bodied and malt forward with medium bitterness. One of Belgium's session beer styles.”

Colour is a coppery/amber with a white pillowy head. It is more murky than hazy. Aromas and flavours are both fruity (apple and pear, even banana and orange). The first hit on the palate is the malt but this easy-drinking beer is certainly well-balanced, medium malty yes and with just enough bitterness to balance. A terrific alternative to IPAs and the brewers indicate it pairs well with poultry, pulled pork, curries or a cheeseboard.

Of course, the Belgians would argue that all their beers are spéciale. The two parts of the country may speak in different languages but that doesn’t prevent them having a common pride in their beers. Despite having a relatively short national history, it has one of the oldest brewing traditions in the world. And one of the characteristics of their beers is the extent to which they get the most from their yeast.

The label mentions fruity esters without elaborating (in fairness, there’s only so much you can print in a can). Esters are a fruity flavour produced primarily through the action of yeasts during fermentation and are influenced by the fermentation process. They are formed in beer by the “esterification” of ethanol which is the primary alcohol in beer.

Another excellent beer from Wide Street who can be found on a very wide street indeed in Ballymahon, County Longford. 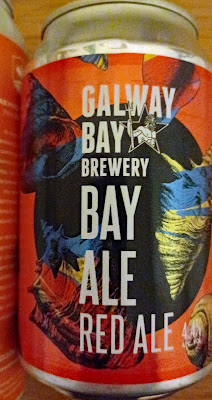 The crew in the brewery are very happy with this long-standing stalwart: Bay Ale is brewed with a complex malt bill and a savvy dose of subtle American hops for a modern spin on this traditional style. This beer has stood the test of time in our range and we are proud to see it still flying the flag for red ales.

Their Galway Bay “Bay Red Ale” has quite a strong red colour and a soft off-white head that slowly waltzes away. Aromas are mild and mostly malty. On the palate, you immediately note a smooth and well-balanced flavour from this well rounded ale. British and Irish malts get a chance to shine here and give this beer a strong backbone but the hops (European and American) get their share of the spotlight and the balance is excellent.

Irish Red ales are noted for their food-friendliness and this is no exception. Try it with salads, roast meats, cold meats, simple cheeses and salmon dishes.

Founded in 2009, Galway Bay is an independently owned and operated brewery based in Galway, on the west coast of Ireland. “From classic styles to big barrel aged beers, we brew the full spectrum of beer with a passion for quality and innovation.” 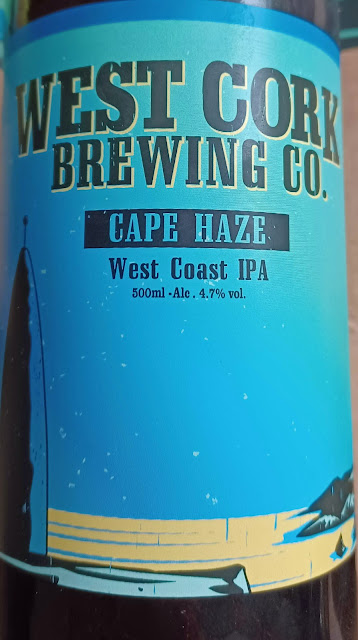 This comes in a gold orange robe, hazy of course, with a fairly big bubbly white head. Hints of orange and resin in the aromas (as you’d expect with the German pair of Mandarina Bavaria and Hercules in the recipe). And the duo of orange and resin also feature in the mouth, accompanied by a dank sensation and some vegetative input that I couldn’t put a finger on. Overall though, it is bright and fruity and quite a decent IPA, especially considering it weights at just 4.7% ABV.

By the way, the third hop is Yellow Sub (which as been described as “Amarillo on steroids”) is also of German origin. The brewery recommends food pairings for this beer as mussels, chicken & caramel cakes.

Like all of their beers, this is brewed using their own spring water, is bottle conditioned, unfiltered and vegan friendly. Current brewer at West Cork is Terra Brookins. She grew up in San Diego "where you can’t swing a cat without hitting a craft brewery”.