A Quart of Ale± #101. On the craft journey with Whiplash, Wicklow Wolf, Western Herd, Larkins This Tropical Pale Ale from the busy Wicklow Wolf comes in a cloudy orange-y colour with a white top. Aromas are more or less all tropical: pineapple, mango, papaya and grapefruit; there’s a hint of pine there also.

And those same fruits provide the flavours on the palate. Indeed the flavours have the run of it as there is just a modest bitterness. It is a smooth one, almost creamy. Very very drinkable though!

*  The label also says New England IPA, and I’m inclined to go with that but I won’t be getting too hung up about it. As the Beer Bible says: “Styles trigger endless debates..across the planet. Approach them lightly.” 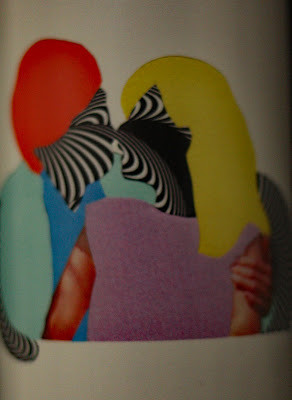 This is how Whiplash introduce, sorry reintroduce, True Love Waits: “We’re taking it back to the very start of the Whiplash story today, to the halcyon days of 2016. Before we had a brewery, before 440ml cans & white labels. What we did have though was True Love Waits, a dry hopped Pilsner and our third ever release.”

And now it’s back. Clean and bright light gold with a foamy white head that lasts a bit. Aromatics are engaging, not at all heavy, light white/yellow fruits, citrus (including Bergamot). And that citrus influence is also strong on the clean refreshing palate, the unusual mix of the US Columbus hops (for the dry hopping) and their German lager yeast pulling it off to come up with a crisp, sessional, light and piney lager. Superbly balanced between malts and hops. Top stuff indeed.

Whiplash make as many beers as other prolific breweries but I don’t think I’ve ever seen a dud from the Dublin based outfit. Quality control seems to be in-house here rather than putting the punter to the expense of finding out for him or herself. Kudos for that. The kind of brewery worth supporting.

Not the only one thinking that some breweries should hold off for a period of refinement before sending a new issue into the public domain. Here's part of a recent tweet by Jeff Alworth (@beernirvana): ..Breweries spin out so many IPAs that the vast majority taste like beta versions of a beer that might come into focus in another three batches... 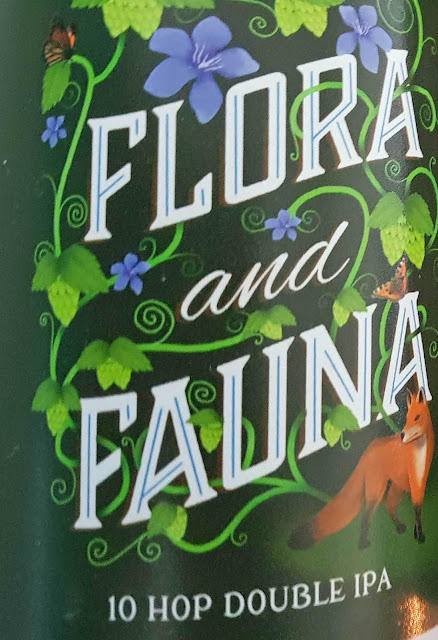 During a recent discussion online, the presenter said this was an absolute bomb of a beer and “has really put Western Herd on the map”.

It certainly made a huge impression during its launch year of 2021 and the Beernut blog made it their Best Canned Irish Beer: “The apotheosis of the West Coast revival, this brought me back to a time when big and punchy American hops on a clean malt base, served brewery-fresh, was the most perfect thing ever produced for humans to drink.”

This can, marked #158, is from Batch No 4.  Last year's production: Batch 1 was 137, 2 was 152 and 3  was 154. Like the others, Batch 4 has ten hops but here they have dropped Strata for Galaxy. Brewer Bridger Kelleher says he wanted “to see how Galaxy played in there.” It is a limited release, mainly in Clare, with limited distribution outside of the Banner.

In the style of a West Coast DIPA, it is gold in colour and you can see zillions of micro bubbles rising through the clear juice towards the white foamy head. Aromas, with pine needles and pineapple prominent, are intense (some would say dank).

With the Strata hops (described as “Passion fruit meets pot”) missing from the current line-up, is it perhaps a little less dank? Maybe so but I’d need the two versions together to even hazard a guess. When not describing something as “moist” and “humid” like a basement, dank is a slang term describing something as “excellent,” especially marijuana.

Certainly, the impressive posse of tropical flavours remains strong on the palate. Such flavours often get lost when the ABV is high but that is not the case here so major credit to the brewery. And the umami just goes on, the hop-packed juice giving complex flavour right to the very satisfactory finalé.

They say: ..we’ve packed in the largest number of hops ever into this Double IPA. Designed to let the hops shine through, we’ve built a complex and layered flavour profile.”

Eight of the hops listed below have been used in the kettle and then they double dry-hopped it “heavily” with Nelson Sauvin and (now) Galaxy. To be fair, the malts also keep their end up, even if outnumbered on the credits list. This Larkin’s stout, brewed with “our friends @dot_brew", is as dark as can be with a quick-vanishing tan head. Best served warmer than chilled they said and that is what I did. Passion fruit purée is included as an ingredient and so too is vanilla and the dessert impression continues on the palate. Not for me, I’m afraid to say.

Beoirfest and Barrels in Brewing:

Brian has been in touch about the latest online session: "I think I'm safe in saying that if you have any interest in barrels in brewing you'll want to watch this more than once. It's hard to imagine a panel with more expertise and passion for the subject than the one we were very luck to have; The Wild Beer Co., ASC Barrels, Zmajska Pivovara, and Brasseria della Fonte

If you haven't seen it yet be sure to make time. It's now available at BeoirFest.com"

News from Cork, as reported by the ECHO, is that Elbow Lane Brewery is to double its tiny capacity. Small but the beers are excellent.

Rye River have A little slice of sunshine just for you.

Wondering where you can find our latest Rye River Seasonal Kahuna Krush Tropical Sour near you? Check out our website here for a current list of stockists

https://ryeriverbrewingco.com/introducing-kahuna-krush.../ We'll continue to update our list as it rolls out, so check back!