Ninja Sushi Bento Can Brighten Up Your Day!


Ninja Sushi Bento Can Brighten Up Your Day! 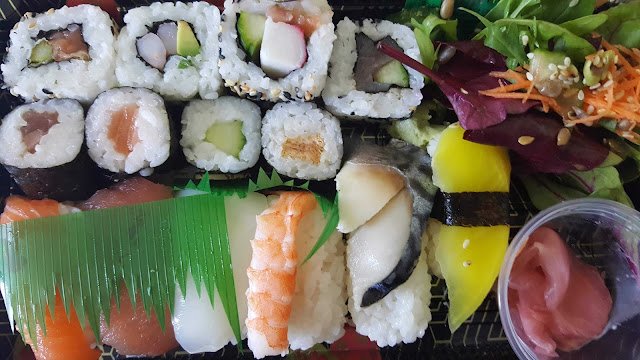 There’s a new ninja in town, hanging out in Daunt’s Square (opposite the Roundy) since the start of the year.

They do sushi here, lots of it. Buy yourself a box, take it home or eat in-house (there are a few seats). They also do Hot Bento, again many choices including Japanese Beef Curry, Chicken Kara-age and Seafood Cha Han. Various ramens also and a selection of salads, even desserts (anyone for Dorayaki Green Tea Custard?)

I called in there at the weekend. Previously, manager Hilda McCarthy told me that the best time to come in is from 12-3, “because our sushi is fresh made on the day, once they are sold out they are gone!”.

The place is beautifully maintained, both inside and outside (where there are also a few seats. I was in at twelve on the dot and the display of sushi was eye-catching. I intended to bring mine home and eat it out in the garden with the sun shining so I was concentrating on the Bento. (A Bento by the way is the word for a decorated Japanese Lunch box).

If you’d rather make up your own selection, that is easily done because most of the elements and others pieces are sold individually. For instance, a Sushi rice ball with a slice of fish will cost between €1.00 and €1.35 and there are about 20 different ones available. Check out the menu for other choices including Hosomaki and Uramaki, also Futomaki and Temaki. There are also a few Sushi Wraps available. 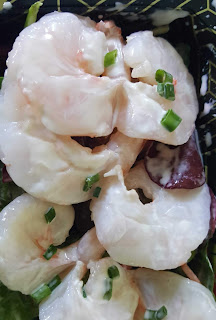 With guidance from Hilda, I took a look at the Sushi Bentos. Six different sets were on offer, some small, some larger.  There is a very tempting Salmon Lover’s Set but I settled for the Hana Set where the main feature was the half dozen Sushi Nigiri (fish slices on rice balls). Much more in it as well as you can see from the photo. All for €12.00. Last week also they had an offer of two free healthy drinks with each Bento purchase. Vegetarian and vegan options also available. 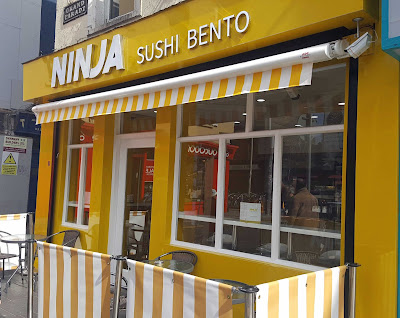 It all went down very well in the garden, a delicious lunch. Extras such as toasted seeds, soya beans, wasabi, ginger, and soy sauce are all included in the price. And those free drinks, a blend of apple and pineapple juices, were gorgeous.

They open at noon every day, including Sunday, and closing time has been extended (from April 1st) to 9.00pm. Keep an eye on their Facebook page for updates and offers. And do call in; enjoy the food and the friendly and helpful service.