Franciscan Well Easter Fest. Was 2019 the Best Yet?


Franciscan Well Easter Fest
Was 2019 the Best Yet? 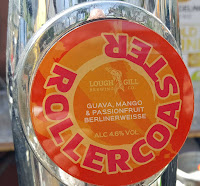 Franciscan Well is located held its 20th annual Easter Festival at its North Mall location at the weekend. And, by all accounts, from the organisers, the visiting brewers and the customers, it was the best yet.

I met Franciscan Well Market Manager Kate Clancy when I called early on Sunday afternoon. She reported that the previous day was amazing. “Once we opened the doors at 1.00pm, the crowds just kept coming.”

"What a weekend we had! Beer, Easter eggs, beer out of Easter eggs, pizzas, live music and this crowd! Thanks to everyone for coming along and a huge thanks as always to our amazing staff & their hard work!

And the brewers confirmed that. Many had run out of their headline beers which meant I didn’t get to taste Peaches and Cream by the Cotton Ball or the Witness Protection Belgian Wit by Wexford’s Yellow Belly.

It was much the same story at UCC. UCC? You might well ask. Well, yes, they have a research brewery and you’ll see them at various festivals. Like the other breweries, they ran out of certain lines and, just like the others, had to be nimble to keep the show on the road. And one I enjoyed there was Manneken Pis, named after the Belgian beer. Apparently, the Manneken Pis statue has on occasion been filled with beer and you were welcome to hold your cup up and get a fill.
No such shenanigans at Franciscan Well! 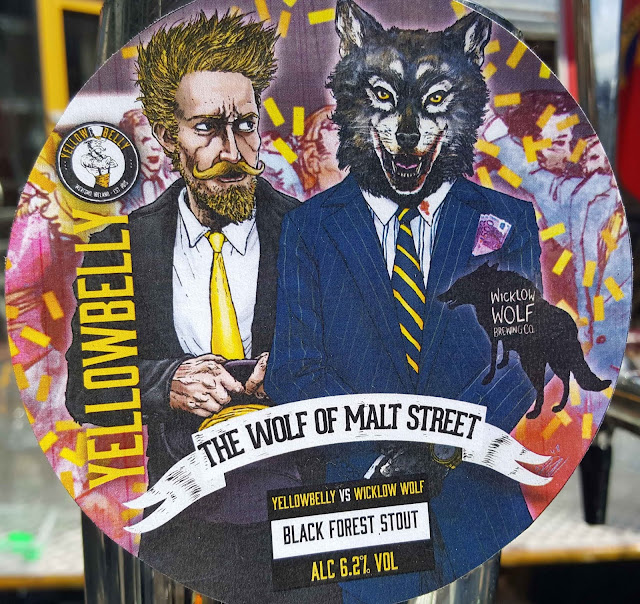 Yellow Belly's Seamus was one of the happy brewers here who also seen his stocks diminish more rapidly than expected. But I did get to sample a couple. Their Jack Bauer Power Shower, a 3.8% sour, was deliciously refreshing in the heat and CL quickly became a fan. The Wolf of Malt Street, a 6.2 per cent Black Forrest Stout, a collaboration between Yellow Belly and neighbours Wicklow Wolf, also went down well at our barrel - could have done with a seat in the heat! 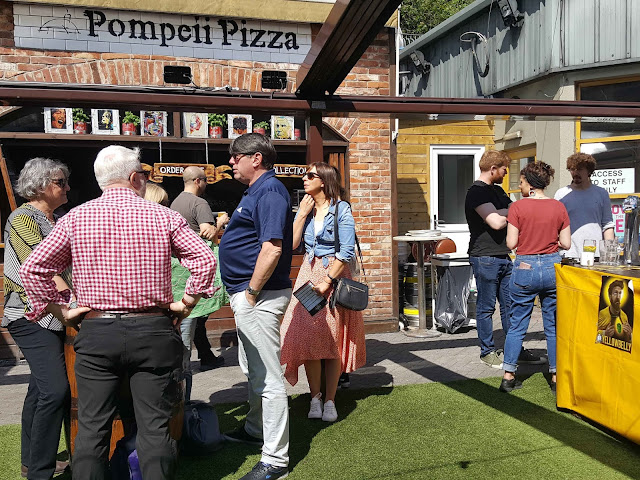 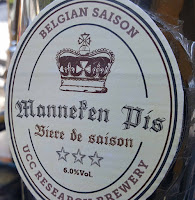 I also enjoyed the Elevation Pale Ale from Wicklow Wolf, an American style Pale Ale brewed and dry hopped with Mosaic Hops. Not everyone likes the dry hop beers but it suits me fine! Great too to meet up with James Ward of Lough Gill Brewery whose Mac Nutty is one of my favourite brown beers. This time we tasted their Roller Coaster, a 4.6% Berliner Weisse, with Guava, Mango and Passionfruit. Delicious and, like the Jack Bauer, refreshing. Also met up, after a few years, from Richard from Roscommon’s Black Donkey but we were making out exit at that stage.

The Rising Sun’s Common Eileen, a California Common, was malty with a decent bitterness, with traditional old-style American Hops. Had been hoping to taste the Cotton Ball’s Peaches and Cream but Eoin reported it all sold out. Still, there was the considerable consolation of a glass of their excellent Another Bloody IPA. I hadn't tasted that with a long while and enjoyed renewing the acquaintance. Indeed, called to the Cotton itself for a small selection of bottles when we got home - the sun was still shining in the garden.