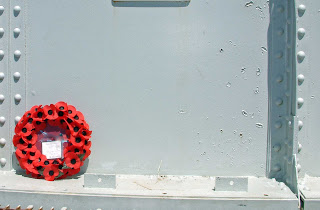 Nobody knew about the long-term effects, but one piece of recent research has indicated that ‘Girls born to Dutch women who were pregnant during the famine at the end of the Second World War had an above-average risk of developing schizophrenia.’ Another, earlier study indicated that those who had survived by eating tulip bulbs did better than those who had included wheat in their diet, but when they consumed American bread parachuted in at the liberation, they rapidly succumbed to coeliac disease.

from Arnhem, The Battle for the Bridges, 1944 by Anthony Beevor (2018). Highly Recommended.