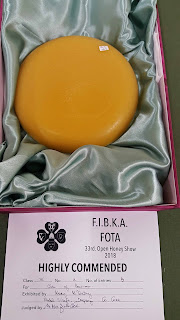 The East Cork Beekeepers’ Association organise the Annual Honey Show at Fota each year. It is held in the Education Centre at the well-known wildlife park. I called in there last Sunday and it was quite an eye-opener.

I was expecting to see lots of honey. And I did, and a lot more besides.  The show opened to the public for a few hours on Sunday afternoon but much more had gone on behind the scenes on the previous day when the honey, and its bye-products, were judged.

And there are many classes, close to three dozen. Three are confined to Cork beekeepers including one for East Cork beekeepers but, in general, there were entries from most of the neighbouring counties, including Tipperary, Waterford and Limerick.

Naturally there were mostly honey classes, including normal honey (eg light and medium), chunky honey (a jar with a piece of the comb in the run honey), full frame honeycomb, container of cut comb, prizes for novices and so on.

And then there was some unexpected stuff. Honey-cakes for one, mead (both dry and sweet), polish, various sweets with honey, beeswax (candles etc), even a photographic class. And if you wanted to get into beekeeping, there was advice and examples on show of what you’d need.

There was also a Commercial Section but Eleanor Attridge of the organisers and herself a distinguished honey judge told me that all the exhibitors, even those under the commercial banner, were small-scale. 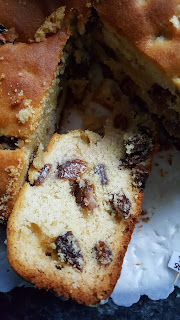 I was in fairly early so didn’t get to meet too many producers as they were scheduled to come at the end of the afternoon to collect their trophies and awards.

But I did have a good look and came away with a couple of purchases including a Very Highly Commended Honey Cake made by Hilary from Aghada. Enjoying that (left) at the moment!

There was some honey on sale also and I was delighted to get my hands on some by Ben from Dripsey - haven’t tried it yet though. 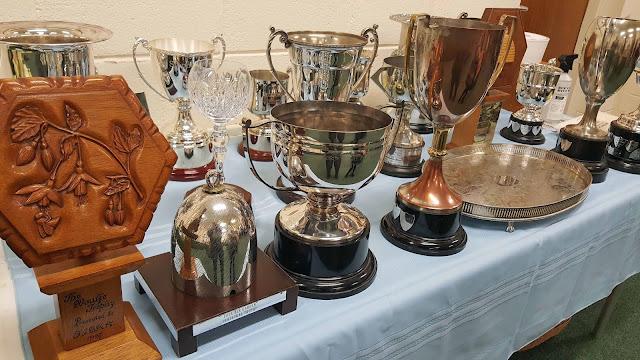 Bridie Terry was in touch after the show and said it “was a tremendous success with a widespread distribution of the prizes.”

Generally, it seems to have been a good year for honey but beekeepers will not be complacent. Bees are vital and the keepers continue to be anxious about a number of factors such as pesticides (including neonicotinoids, partially banned, which have been linked to declines in bees); the loss of forage from agricultural development, varroa mite pests (which have travelled all the way from Asia to Ireland),  and about climate change.

For more on the status of the Irish bee now, check this Irish Times article here.

If you'd like to get into beekeeping, the Federation of Irish Beekeepers are keen to help. For news on courses, most start around this time of the year, don't delay and check the website of the Cork Beekeepers here.