The summer was back as we headed towards Bastion in Kinsale on Wednesday last. Late in the season, but the town was still busy, tourists walking around and checking the menus. With the water sparkling and the colourful marina packed, it could have been the Med. What we ate in the Bastion could sit easily on Europe’s top tables. And that puts it in the top rank here.

We even have a window table (good light for the pics!) so the signs are good from the start. And it continues that way with the two breads, a hard to match sourdough and a matchless Brioche. Hard to decide then between the Treacle Butter and the Olive Oil with Balsamic. But no decision necessary - enough to share! 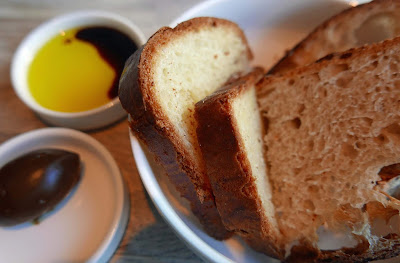 There is a mega wine-list here. Take the reds for example. You may start with a €27.00 bottle, a very nice Vina Albergada for example, and go right up to the famous Penfold’s Grange. The Grange will set you back nine hundred euro or €180.50 per glass. They use the Coravin here so you can indeed sample some of the more expensive wines by the glass. 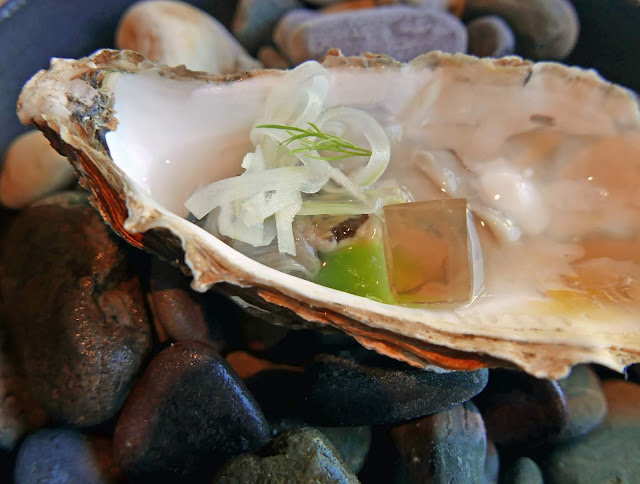 They have Prosecco on tap and some very interesting Prosecco based cocktails. The Kir Royale (cassis and prosecco) is a superb example of its kind while I was absolutely delighted with my Pisco (elderflower, orange bitters and Prosecco).

By now, the first of our five courses, from the Early Bird Tasting Menu, had arrived. A local oyster, from Oysterhaven; served with apple yogurt, purée and jelly and pickled fennel, this bracing delight of the sea had the taste buds standing up.

The Celeriac Velouté was next, an unctuous sauce in its own container, and, on a little dish, pickled giroles, apple, celeriac mousse and hazelnut oil. Now those taste buds were on full alert.

And their reward was a gorgeous Smoked and Cured Organic Salmon dish. That salmon was superb but the accompaniments, especially the soft goats cheese and the salt-baked beetroot, were also outstanding and the candy walnuts got into this tasty act as well. 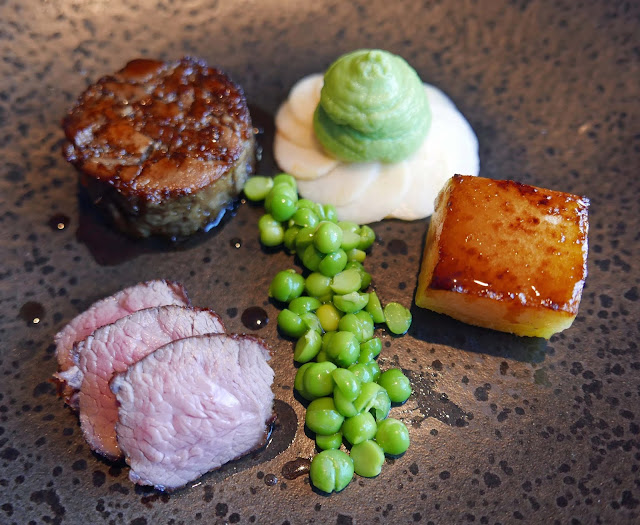 The main event was now at hand: Lamb rump, with peas, turnip and preserved lemon. The peas were good but the turnip was something else and there were some pickled rounds of it also. Needless to say, the lamb from the Kerry hills, in its two manifestations (roast and slow-cooked), was spot on.

Desserts, occasionally, don’t match the rest of the meal. Not the case here! Our White Chocolate Panna Cotta, with Pistachio Sponge, cherry sorbet and cherry granola, was a delightful finalé, served in an eye-catching fine china cup. 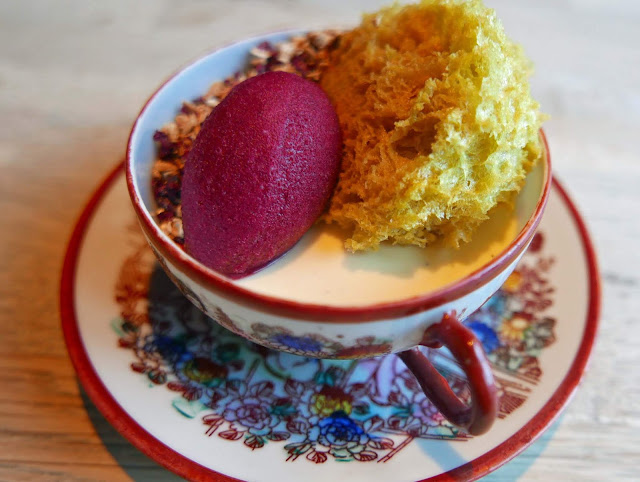 This superb restaurant, which has gone from strength to strength over the past three years under Helen (front of house) and Paul (Head Chef), supports local producers. In this menu alone, suppliers include Horizon Farm, Padraig O’Donovan fish, while the cheese, the beef and the lamb are all Irish.

It holds the only Michelin bib in Cork city and county and everything you eat here, from the bread to the sweet treat with your coffee, is made in-house. While Bastion faces the same challenges as most other restaurants and cafes in staff recruitment, their service is friendly and attentive (without ever being in your face).

As we walked earlier in the warming September sun towards town centre Bastion, we spotted, in the backwater under Man Friday, a quartet of herons in different trees, all on the alert. There were fish jumping, seemingly without a care in the world. On our return, there were no fish jumping. And the herons looked well satisfied. Like us, they had enjoyed a very good meal!