Harmony On An Indian Plate. Exquisite Food At Richy’s Tasting

Meeran Gani Mazoor, head chef at Richy’s showed his native cuisine to perfection at the Clonakilty venue on Wednesday evening as part of A Taste of West Cork. Oh yes, there was spice but such was the harmony created in each dish by the chef that nothing jarred as we enjoyed six amazing courses. 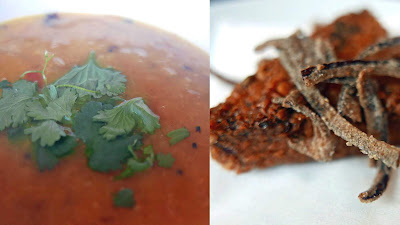 1 - South Indian lentil soup (sambhar). That harmony was evident from the start with this lovely soup. Indeed, we had had already begun with a delicious Prosecco with rose and pomegranate. 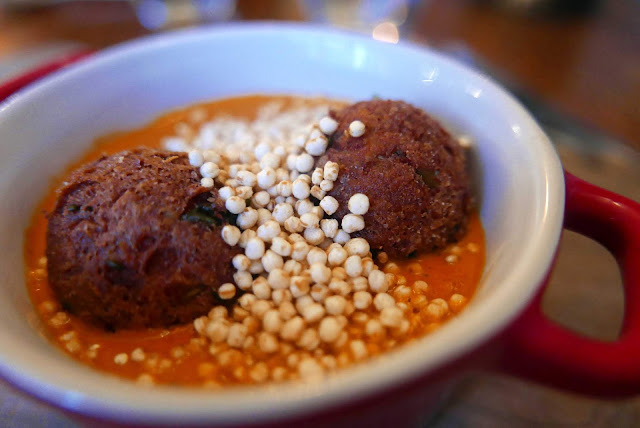 3 - Mali Kofta, puffed quinoa. Looks like meatballs on the plate but this, like the soup, was vegetarian, a vert tasty cream sauce based ricotta dumpling, the cheese a standout flavour in the mix. 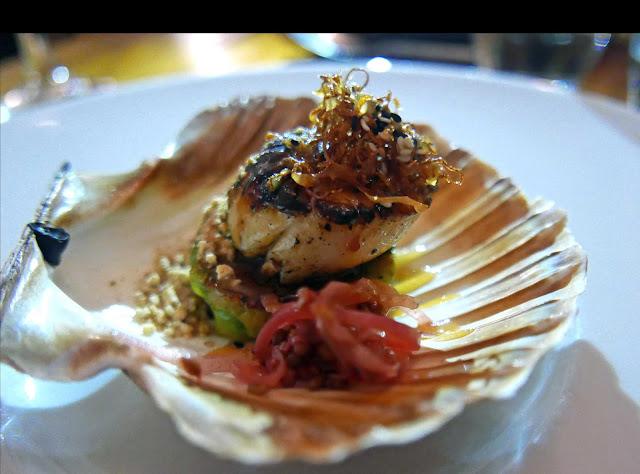 4 - Scallops, sesame seeds, cumin and cashew crumble, pickled red onion, pea tikki, peanut ginger sauce. The harmony that Meeran mentioned afterwards is easily illustrated here. Take a piece of that pickled onion on its own and it is quite powerful. Take it with the rest and it blends in in a delicious almost gentle amalgam of flavours and textures. That pea tikki (patty) was another feature.

5 Mughal seekh kebab with pistachio, saffron butternut squash purée, spiced vermicelli, pomegranate raita. This was probably the piece de resistance. The meat (a marinated mince roulade) was perfect, not what you’d get in your takeaways, and the raita was a perfect accompaniment. 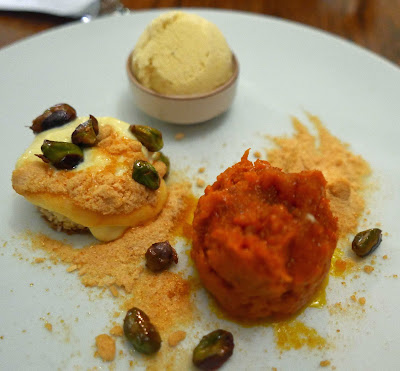 6 Gajar halwa, almond and cashew nut cake, vanilla ice cream, praline. Okay guys, I didn't know that I was getting carrot cake (Gajar Halwa) but I was glad that I did. Indeed, this was something of a tour de force of a dessert as both the Carrot and the superb Nut Cake would have been fine on its own or with the ice-cream. But we scored on the double here!

The restaurant had quite a selection of drinks available, as it always does, but we decided to go with wine. We didn’t spot any Riesling or Grüner Veltliner and picked the Birchmore Chardonnay from South East Australia and it turned out to be quite a delicious wine and, just as importantly, more or less a perfect match!

Meeran Gani Manzoor, newly appointed Head Chef at Richy’s Restaurant in Clonakilty is a graduate in Culinary Arts Management from the University of West London. His broad international experience has been acquired while working around the globe, in countries such as Belgium, UK and USA.

Daphny Hilven: Before working in L’Aperi Vino, Goei Goesting and Buon Eatalia in Hasselt, Belgium as Chef de Cuisine, Daphny worked at Bistro Binnenhof, which has a Michelin bib and La Source, which has 2 Michelin stars. This is her menu for the Belgian Tasting Menu, tonight, Friday in Richys (7.00). Call (023) 882 1852.