A dream came through for Athula Kuruppu Achchige in Carrigaline yesterday when his state of the art production facility was officially opened in the local industrial estate. His immediate family from Cork and Sri Lanka, along with many friends, were present on this happy occasion for a man who has worked hard on his long journey to Cork.

A 26 year long civil war in his own country in 1983; that and growing family responsibilities forced him abroad to look for work as a chef. He couldn't be choosy and went where the agents sent him and that included Iraq (where he was head chef at an American base) and then Bahrein airport’s VIP Lounge (where he cooked for local and world leaders passing through). 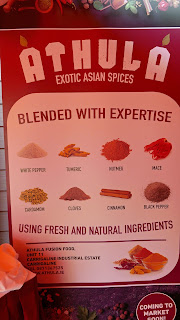 Eventually, in 2005, he headed for Ireland and a job in the Hayfield Manor. In 2012, he opened his own restaurant Rooster Pil Pil in Ballincollig. But what he really wanted to do was to produce his own sauces and, with help from the local enterprise office, that became a really in recent years.

He was advised to go to the farmers markets and see if his products would sell. They did and he got an opportunity to find his feet in the new Cork County Council Incubator Kitchens (also in Carrigaline). He has proved himself there and now, again with local authority help and a large investment of his own, has a wonderful state of the art stream-lined production facility.

His first products, a range of Peri Peri Sauces (from mild to hot), went down well. And now he is also producing a few curry sauces including Jalfrezi, Tikka Masala and Korma. The products are available in 35 SuperValu stores, over 30 independents and now just coming onto the shelves in Aldi. And soon he’ll be selling spices and high quality Ceylon teas from his homeland.