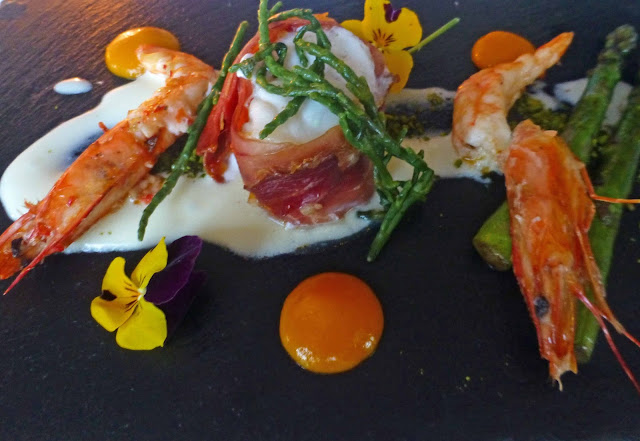 In vino veritas. And truth to tell, there was good wine, good food and good company as some fifty diners enjoyed the Tandem Winery Tasting Dinner at the 12 Tables in Douglas last Wednesday.


The truth of another Latin saying, Dove regna il vino non regna il silenzio (Where wine reigns, silence does not) was also well illustrated on the night.

But, what’s with all the Latin boy?

It is a theme at the Navarra based winery. Tandem itself is Latin for “finally” and nothing to do with bikes while the names of the individual wines are in Latin (or derived from it): Casual, Inmacula, Ars In Vitro, Ars Nova, Macula, Ars Memoria, and Inmune.

Tandem is of much more recent vintage than the ancient Latin tongue, founded in 2003 by by Alicia Eyaralar, José María Fraile and a small group of wine-loving relatives and friends. José was in the 12 Tables having left Pamplona at 5.00am that morning on a route that brought him to Cork via Madrid and London.

He was introduced by Nicolas Sicot of O’Brien’s Wines who import the Tandem wines. “I love organising these events, love to share the wines. It's great to meet the people behind the label and delighted to have José here. Dave Farrell has worked wonders and has come up with a great menu to go with the wines.”

José admitted to being delighted with the full house. “It is incredible. I hope you enjoy the dinner and the Navarra wine. I feel very humbled and proud; it would be hard to match this crowd in Spain!” 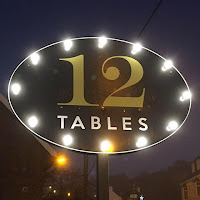 The vineyard is quite close to Pamplona and on the northern edge of the Navarra wine region. “We like freshness and elegance and luckily we’re in the coolest part of the appellation. It is super green where we are, a big contrast with the desert in the south. The Atlantic influence, the cool summer nights and picking late in the season is good for the grapes and we get that natural acidity.” We would soon see how that acidity helped with the food pairings.

Their rosé, or at least the very first version of it, was more or less an accident and hence the name Casual. A very enjoyable accident though, as we appreciated on arrival.

The kitchen, with chef-patron Dave Farrell at the head, produced an excellent starter: Serrano wrapped Monkfish, spiced crevettes, roast pepper purée, pistachios pickled samphire and Parmesan cream. And the wine was the Immacula (meaning without blemish), a blend of mostly Viognier and 15% Viura. It is fermented in French oak (not new) and kept on its fine lees for three months to gain texture and volume. “It is very successful for us and highly rated and there is nothing of it left at the winery.” We were on a winner.

Immune was the next wine, a 100% Garnacha paired with Gubbeen Chorizo, Ardsallagh Feta, Olive Tapenade, Romesco, Physalis and Avocado Oil. “Immune, to failure, to critics!”, joked José. “This is a powerful expression of the Garnacha (the vines are 70 years old and more); great depth and structure, a stunning wine that fills the palate.” He, and we, were enjoying the meal: “Amazing dishes.”

Up next was Jack McCarthy’s black pudding rosti, caramelised Radicchio, golden beets, wild mushroom, Crozier blue cheese and aged balsamic. Quite a lot going on in that plate and José had a favourite wine to match, the Ars in Vitro (art in glass), an unfiltered, unoaked wine with fruit and fragrance and a silky palate, raised for a minimum of two years. “How wine for me should taste,” remarked Jose.

This 2014 has been raised in concrete. “Nowadays, concrete is accepted, the epoxy lining has made the difference, more complexity, more tannins, more colour, finesse and elegance.” It is a blend of Tempranillo and Merlot. 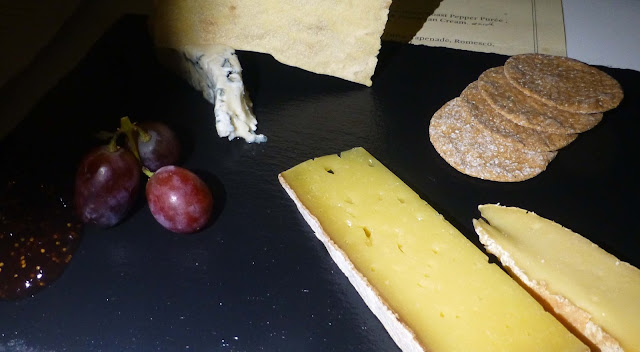 The wines and the food reached a high point with the main course. Jose introduced his Ars Nova, a 2014 blend of Tempranillo, Cabernet Sauvignon and Merlot, fresh, fruity and long. Ageing is a minimum 24 months in concrete vats plus 9 months in 300-litre French oak barrels. “More complex, more spice and great with lamb.”

Great too with duck as it turned out as the kitchen pulled out all the stops with Tea Brined Skeaghanore Duck breast, Almond and Apricot roulade, potato confit, charred onion, baby carrots and roast shallot purée. Quite a climax.

We eased out with a Trio of Artisanal Cheese with Fig Jam. The cheeses were Roquefort, Milleens and Tipperary Cheddar and the wine was Mácula, described as “a masculine wine of good length” and a blend of Cabernet Sauvignon and Merlot from 2011. Tandem are slow to let their wines off to market. This, for instance, spends a minimum 24 months in concrete and 26 months in 300-litre French oak barrels.

José was delighted with the reception for his wines. “It has been an incredible dinner, fantastic being here. I'm so happy.” Nicolas thanked the kitchen and front of house at 12 Tables saying “We’ll do it again!”, a sentiment that went down well. In vino veritas.

You may view a video of José talking about Tandem and its wines here.
Check the Tandem wines in stock at O’Brien’s website or just call in to Nico at their Douglas branch!
All the news, including menus, from 12 Tables in Douglas is here; also on their Facebook page.
12 Tables Crozier Blue Jack McCarthy Navarra O'Brien's Wine Skeaghanore Spain Tandem Wine