Taste of the Week. Baltimore Bacon 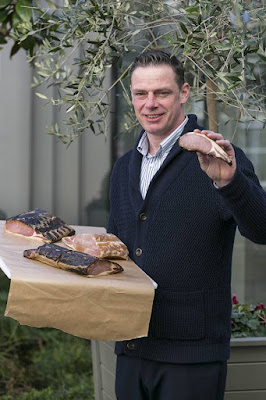 Taste of the Week
Baltimore Bacon

I must get over to Bandon and Clonakilty markets more often as these are the only places that I can get Baltimore Bacon, my Taste of the Week.

After a recent visit to Bandon, I tried Nathan’s Maple Smoked Rashers (also available in joints) at home. The first bite and you just stop, stop talking, stop thinking, such is the amazing flavour. Then you get on and enjoy it.

Nathan had a delicate touch as a specialist plasterer in London and now has a delicate touch in his new career. “Our bacon is cured by hand, using just organic sea salt and natural ingredients with no added water, no nitrites, nitrates or phosphates. This is real bacon, made the time-honoured way, with nothing added except our passion and dedication..”

And if those rashers were top notch, the Black Bacon joint was something else. Another must try! This is Artisan Dry Cured Bacon, West Cork pork, Atlantic sea salt, black pepper, molasses, raw cane sugar, spices, natural oak smoke.  Another outstanding product from Baltimore.

Nathan has had help and input from other artisan producers in the area, particularly from Fingal at Gubbeen where he works part-time and where his products are  smoked. At the award celebration dinner in Dublin, the main course was Cider and Apple Smoked Baltimore Bacon with Parsnip Purée, Caramelised Brussels Sprouts and Onions and Fresh Mandarin. And that cider came from Stonewell in Nohoval. 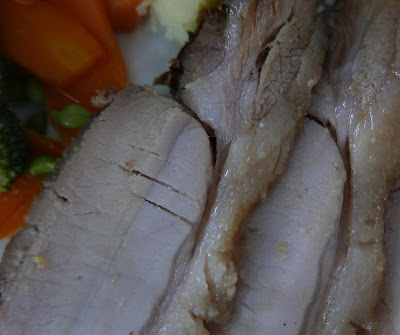 Below is the citation from the awards presentation:

A specialist plasterer turned free-range pig farmer, Nathan Wall of Baltimore Bacon began curing his own bacon in 2014. He now keeps over 40 free-range Berkshire pigs on his Baltimore farm and sells produce from his own pigs at the weekly farmers’ markets in Bandon and Clonakilty.

As demand grew, he began sourcing free-range pigs through Our Piggy Co-op run by Fingal Ferguson of Gubbeen Smokehouse and locally reared pigs from Staunton’s in Timoleague for the non-free-range produce that he sells through local restaurants and shops.

The range includes smoked and unsmoked bacon and ham, all of which are produced naturally and free from nitrate and additives. Some are simply cured with Atlantic sea salt and raw cane sugar, while the superb dry-cured black bacon is cured with molasses and black pepper. His apple and cider-smoked bacon, available sliced or as a joint, uses Stonewell Cider from a previous IFWG award-winner. The bacon is smoked over hardwood at Gubbeen Smokehouse.

See more on the awards and their background at the Irish Food Writers Guild website http://www.irishfoodwritersguild.ie/index.html