The Fergusons. And the Gubbeen Bug. The Family That Farms Together


The Family That Farms Together

Farming at Gubbeen is a family affair with father and mother Tom and Gianna Ferguson and their son Fingal and daughter Clovisse the key figures.


But, for a long time now, they've had the help of an unseen bug, officially known as Microbacterium gubbeenense, a unique strain (hence its own name) of lactic acid producing bacteria. Gianna, the cheesemaker, was thrilled when informed about the bug back around 2001. She told us during last Friday's Munster Wine and Dine Tour: “Gubbeen’s own bug. I was totally delighted with that. I have three children, and a bug!”


“Our cheese story begins out on the land.” She praised Tom’s herd, mostly Friesian, a few other breeds too including a few Jerseys "for their cream!" The cheese took off well and since then “everything seems to have dovetailed together”. Here, she was talking about the smokehouse charcuterie (and smoked cheese of course) by Fingal along with the gardening skills of Clovisse, not that either are confined to just one skill, far from it.

She said Irish cheese regulation is geared towards cheddar cheese production. “But my tradition is based on the practices of small farms in France and Spain. We in Gubbeen use the traditional rennet, made from an enzyme that grows in a calf’s stomach. We tried it vegetarian rennet but it didn't work for us.” 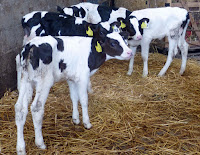 Once the cheese is made into wheels, not very big ones in Gubbeen’s case, the bacteria is inoculated by hand into each and every one four times. The rind is known as washed rind because, it it comes from regular washing (water yes but also white wine!) of the individual wheels. “It is edible,” she said. “But it is a different texture and I respect why people may not eat it.”

Gubbeen basically make one cheese type but you may buy it young or more mature or smoked and in different sizes. Read all about the variations here on the Gubbeen cheese page  . 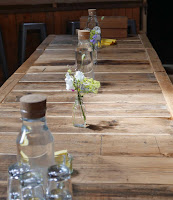 The Gubbeen smokehouse story begins with a neighbour. “In my early teens I would drive over to the village of Goleen to bring our cheeses to Chris Jepson to be smoked in his Smokehouse,” Fingal told us as he took us around the new (the 2nd) smoke house. After the cheese, they did meat. “Then the salamis really took off, helped by the fact that our name was appearing in top restaurants such as Chapter One.”

Like his mother, Fingal too pointed “to the care of the land” as key. “Milk is vital to cheese. The quality of pig is vital to us. We have embraced with locals via the Piggy Coop. We stress the husbandry and the breed, mostly outdoor reared. You pay more but it is worth it.” By the way, there are 25 employed (including family members) in Gubbeen.


He showed us how he heats his kilns, “important to get the correct balance of air and smoke. Different temperatures create different flavours”. And, wouldn't you know it, they use local timbers, local windfall timber. A fair bit of work in chopping up a big tree but father Tom takes no excuses: “The man who cuts his own timber warms himself twice!” 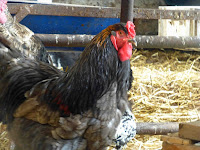 Fingal spoke of salting and brining. “The brine is traditional Irish, herbs jazz it up.” He uses natural casings, “more expensive but a better result”. “These smoked products are not overly sterilised but good for your gut and more interesting in terms of flavour.” Read all about the smoke house, including the fabulous salamis and chorizos here.

And when Fingal has time, he crafts the most amazing knifes for cooks and butchers but don’t rush down to buy one; there is a waiting list of close to 800 for these beauties. Heat treating and quality of steel are key in making a good knife. “The tempering cycle, well done, can change the properties of the steel to enhance its eventual role, including durability.” His attractive handles are made “of everything from old bog oak to weird and wonderful materials.”

Then he took us on a walk around the yard and here we met some baby animals, including calves and bonhams, also a big turkey and a mighty cockerel that almost matched him. Then it was the turn of Clovisse to feed us. And, using the cheese, the smokehouse meats, and herbs, vegetables and leaves from her own garden just outside the dining room window, she put together a feast of Gubbeen. Nothing much to be added, though the organic wines from Le Caveau, the Gran Cedro Tempranillo and the Meyer-Fonné Pinot Blanc, were entirely appropriate and excellent matches.

Her garden is completely chemical free with a strong emphasis on keeping the soil clean and healthy.  Many of the herbs are used in the sausage recipes and meat cures. Gianna used the word dovetail earlier to describe how the different elements of Gubbeen have come together and the Gubbeen greens are becoming an increasing element of the great family story. Read all about them here.
See also: 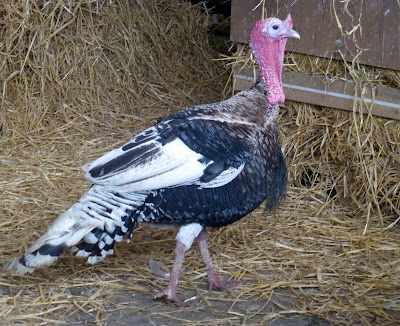