The Brooklyn Brewery. Brews some of New York’s best!

Many visitors remark that we in Ireland are fortunate with regard to wine. Drawing from every major wine producing area in the world, we have a great choice on our shelves.

It is, of course, much the same with beer. And that choice is rapidly expanding now that we are in the middle of an invigorating wave of new Irish craft-brewers.  Our own beers are proudly taking up much of the shelf space.

Indeed, the choice of Irish brewed is growing by the week. And much of that is down to brewers who have come from all corners of the world: Kiwis, Germans, British, and Americans are found in the ranks of our brew-masters and, of course, our native brewers (many have returned from abroad) and have soaked up influences from all the above mentioned plus drawing from the likes of Belgium and middle Europe.


The Brooklyn Brewery, founded in 1988 and one of New York’s best, has proved itself a resilient leader in the craft brew movement on the East Coast of America (and beyond) and its brewmaster Garrett Oliver (who joined Brooklyn in 1994)  has many admirers here.


His conversion to real beer began with a flavoursome pint of English Ale, he told his audience at the recent Ballymaloe LitFest. And, like many converts, he is now a fervent (but mainly humorous) preacher of the craft-beer gospel.

Most of the beers he showed at Ballymaloe were in large bottles with corks. “This is a beer bottle,” he said. “Not a champagne bottle!” Tongue in cheek, maybe not, he insisted that wine was being sold in a beer bottle.

This is nice, doesn't taste like beer. Garrett said he has often heard people make this remark when they taste a craft beer. He had an explanation: “The beer they grew up with didn't taste like real beer!”

Brooklyn doesn't do only big bottles. The brewery also sells its beers in much more affordable small bottles and I saw quite a few of both sizes on the always well stocked shelves of Bradley’s Off Licence on a recent visit. By the way, the American small bottle is 355ml, slightly bigger than our 330ml. 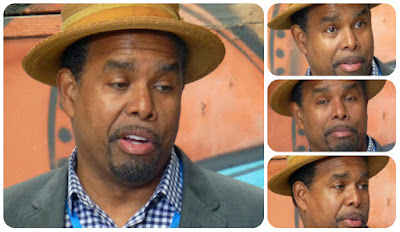 The Sorachi Ace comes in a small bottle (€3.75) and is based upon a Belgian Saison and that “dill like aroma is unusual”. “It is a super dry beer, slightly hazy and you may find yeast at the bottom. It is very nice with oysters, crabs and other shellfish.” Michael Creedon at Bradley’s is amazed with this one, especially the way it matches with fish and seafood.

I treated myself to a bottle of their 10% Black Chocolate Stout, again in the small size. This is an October to March beer so I was out of season with my tasting. I was thinking of Caroline Hennessy’s Chocolate Brownies as I supped it and indeed their recommendations for this American Imperial Stout are along the same lines.

It achieves its dark chocolate aroma and flavor through the artful blending of six malts and months of aging. Properly kept, it will improve in the bottle for many years. This stout is the toast of the winter season in many countries, and there is nothing better to enjoy with chocolate desserts, cheesecake, ice cream, fine cheeses and roaring fireplaces.


Other small bottles available include an Indian Pale Ale called East IPA (3.29) , a Hoppy Session Saison called ½ Ale (2.69), an American Amber Lager (2.69) and the Double IPA named Blast. Some of these beers are quite strong, though the ½ Ale is just 3.4 per cent. 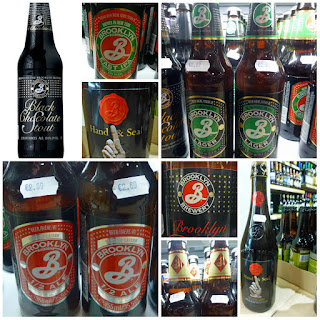 Among the big bottles in Bradley’s were two that Garrett showed in Ballymaloe. These are 750ml bottles, finished with cork, and will cost you. The highly rated Hand & Seal, for instance, is just under twenty five euro. It is rather special though, a Barleywine style ale that has been aged in Bourbon casks, and ideal with patés, game meats, sausages, rich desserts and cheeses.

The other big one I noted in Bradley’s was the K is for Kriek, Brooklyn’s own take on the Belgian style, although Garrett did remark that no Belgian would recognise it as a Kriek. Again it has been aged in Bourbon barrels with tart dried whole Montmorency cherries from Michigan.

You may check out more of what Garrett said about these and his other big bottles in Ballymaloe here.  Indeed, to get even more detail, check out the brewery’s website. It is quite a read!