I’m walking through long rows of apple trees, all in blossom, pink and white abound. The grass between is ankle height, lush and liberally populated with white daisies. Lush, but recently topped. Had I been there a week earlier, I would have seen battalions of dandelions.

I am in Kilkenny, in the healthy heart of Highbank Orchards, an organic farm owned and managed by Rod and Julie Calder-Potts.  This is excellent land for farming, recognised as such for many centuries - even the Normans had their eyes on it.  The farm-yard is 17th century, the house is 19th, and the distillery (which I've come to see) is 21st.

Now though, on a lovely May evening, all is calm as Rod takes us through the orchard, though not through all its twenty acres. Fourteen of these are mature, planted with quite a few varieties, including Dabinett, Blusher, Bramley and, scattered in among the others, that lovely juicy Katy. Katy is an early apple and has lost its blossoms.

Nothing has been sprayed here for twenty years. It is not that nothing ever threatens the apple trees but they are essentially healthy and can look after themselves. And Rod reckons much of that is down to the microbes in the soil, billions of them, all "working", not necessarily together - some eat one another - but combining to preserve the habitat. They are not disturbed, not traumatized by chemicals, and so the orchards live on and thrive. “Soil health depends on a thriving population of organisms”, says Dan Barber in The Third Plate.
The next big occasion for the orchard is, of course, the harvest. The Calder-Potts keep the apples on the trees for as long as possible, indeed they allow them fall off naturally when fully ripe. Then they are swept up and taken to the nearby yard.

They are transferred then to the apple press, an expensive piece of kit, and the juice is extracted to be used in the delicious products that Highbank now produces: Apple Juice, Apple Juice with Organic Mulled Spices, their famous Orchard Syrup (Ireland's answer to maple syrup and launched in 2010), Highbank Drivers Cider (a delicious, sparkling refreshing non-alcoholic drink), Highbank Proper Cider, and a honeyed Medieval Cider.
Recently they have moved up the ABV scale with the installation of their little distillery and are making Gins, Pink Flamingo Gin and the premium Crystal Gin. And there’ll be more! We enjoyed the tour of the bright new distillery. It is small. The operation is small-scale, bottling is done by hand. Small yes, but these are top class products.


Highbank is the setting for many events but most notably, from a food point of view, they have hosted the Keith Bohanna Bia Beag series with subjects such as artisan bread, locally roasted coffee, bean to bar chocolate. And, of course, there is the Highbank Christmas Food and Craft Fair. 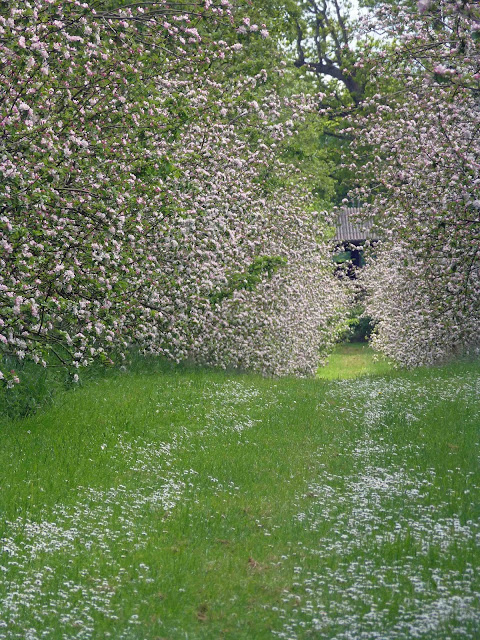 They are a busy couple and you’ll see them at markets and food festivals all over the country, including most recently, Sheridan’s and Ballymaloe LitFest. Besides, they are involved in promoting good food generally. Kilkenny too is naturally close to their hearts and so we couldn't have had a better guide on a quick Saturday morning run through the marble city than Julie.

She showed us, with pride, restaurants such as Zuni and the Salt Yard, Slice of Heaven and its newly opened cookery school, the food hall at the Kilkenny Design Centre. Then you need something to serve your food in so off we went to Nicholas Mosse in Bennettsbridge, you need some nice lighting while dining and we got that at nearby Moth to a Flame (Larry Kinsella’s hand-made candles) and you also need something nice to look at on your walls and shelves and we found plenty of that at the Bridge Pottery. 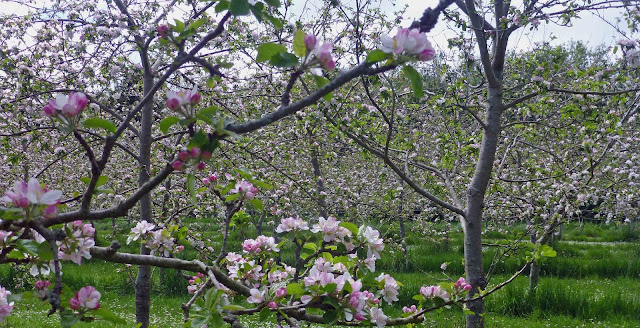 Needless to say, the credit card took a bit of a hammering. On the previous afternoon, left to my own devices, I was on the drinks trail! Called to Billy Byrne’s Pub (the Bula Bus and its excellent onboard restaurant is parked in the back) and sipped some nice local beer by Ger Costello and a pale ale from 12 acres.

Of course, I couldn't leave Kilkenny without calling to Le Caveau. Pascal himself was busy on the road but we did take advantage of the reductions for Real Wine Month and went off happy with a couple of his organic wines.

And it was the drink that brought us to Kilkenny in the first place! In Highbank's internet competition earlier in the year, I won a meal at The Strawberry Tree and, in addition, I also won a bottle of Highbank's new Crystal Gin and that was in the car with us as we said au revoir to the Marble City and to two of its outstanding citizens, the Calder-Potts.
See also: Wild and Organic Tasting Menu at The Strawberry Tree, Macreddin.
The Beautiful Gardens at Powerscourt Estate
Highbank Crystal Gin - Taste of the Week
In St Kevin's Footsteps at Glendalough
The Brooklodge Hotel in Macreddin Village
12 Acres Apple Juice apples Bia Beag Billy Byrnes Bridge Pottery Costello's Brewing Company distillery gin Highbank Orchard Syrup Highbank Orchards Kilkenny Moth to a Flame Nicholas Mosse organic