May 08, 2015
At Home in Gleeson’s Townhouse!
Roscommon Lamb Festival. 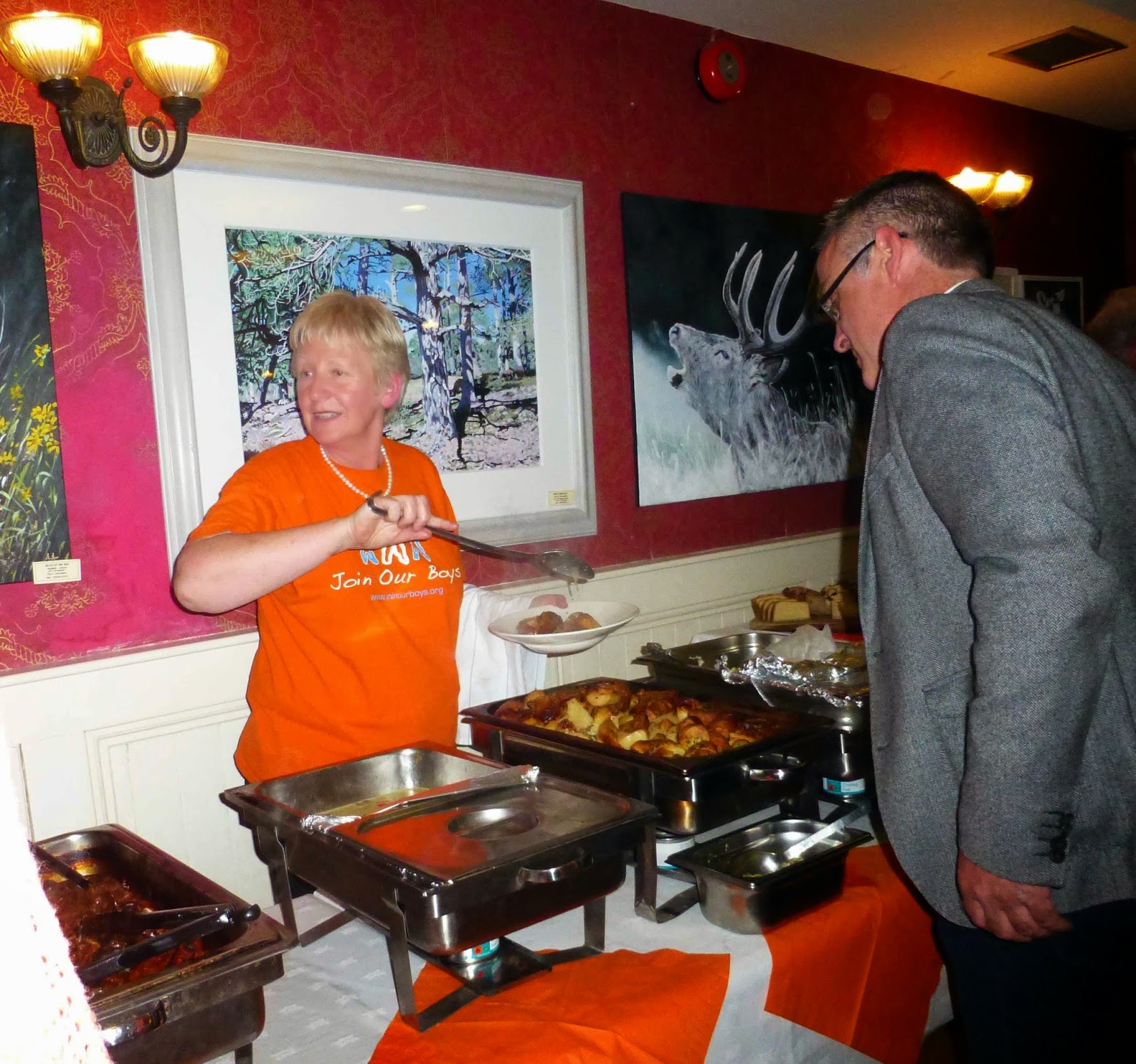 When you stay in Gleeson's Townhouse in the middle of Roscommon, you get to meet the Gleesons. They, Mary and Eamonn, give you a big friendly welcome; you see them at breakfast, you see them in the bar, they'll help you out with news of what’s on and how to get there. And this kind of personal interaction, from their staff as well, was a delightful part of our mini-break in the town.

We had travelled up from Cork via Thurles, Roscrea, Birr and Athlone, a three hour trip if you don't make stops. But, of course, we did. First one was in Roscrea for lunch. In the Cosy Kitchen, at the back of SuperValu in the town, we had a smashing curry, very well presented and with a very friendly service. We paid fifty cent for an hour’s parking on the street but there is a large car park behind the supermarket.
On then towards Birr where we headed off the main road and over to Clonmacnoise. Had been meaning to visit here for  a long time and the account is here. Cut up then to Athlone and it was well into the afternoon by the time we reached Gleeson’s. Time enough though for a walkabout, that included a visit to the ruined Castle in the park. This is a big one and must have been very impressive in its heyday.

Preparations were going on in the park for the Lamb Festival. And much of Friday was dedicated to Join Our Boys, a locally founded charity to help families afflicted by Duchenne Muscular Dystrophy. Indeed, the Maltese Supper that we so enjoyed that evening in Gleeson’s was a major fundraiser for the boys and it was great to be there. We were slightly out of place though as most of the locals were wearing orange as a sign of support!
One of the encouraging signs on the trip was the availability of Irish Craft Beer and Gleeson’s, who also run a food and wine shop next door, had a good selection in bottle and at least one of the bars in the town has quite a few on draught. We enjoyed a few from Roscommon's Black Donkey, a Poacher’s Pale Ale from Carrig Brewing (in nearby Drumshanbo, brewed where they once made Bo Peep jam, itself recently revived!) and of course we couldn't resist the familiar Kinsale Pale Ale.

Saturday was a bad day so we headed underground, and very much enjoyed our tour of the Arigna Mining Experience. Read all about it here. In the afternoon, we renewed acquaintance with Kevin Finnerty, the man behind the Percy French Festival in July and who has spent the last 19 years or so restoring Castlecoote House where we enjoyed a guided tour LINK
The rain did not relent as the night arrived and we had to get a taxi to the Brazilian Barbeque held in a large marquee in the grounds of Hannon’s Hotel. We arrived just as the first of the food was being served up from the grills (chefs undercover!) and it was a tasty plate of local lamb with salads and breads and more besides. The rain continued but the punters kept coming and the band played on.

More lamb related festivities, including sheepdog trials, on Sunday, mainly in the park but we were on our way home by then. Before we left though we had a great chat with Mary. We'll have to go back for another one and this time we'll just have to taste her famous Irish Lamb Stew.