Riedel A Winner At Ballymaloe. Can’t Beat A Proper Glass. 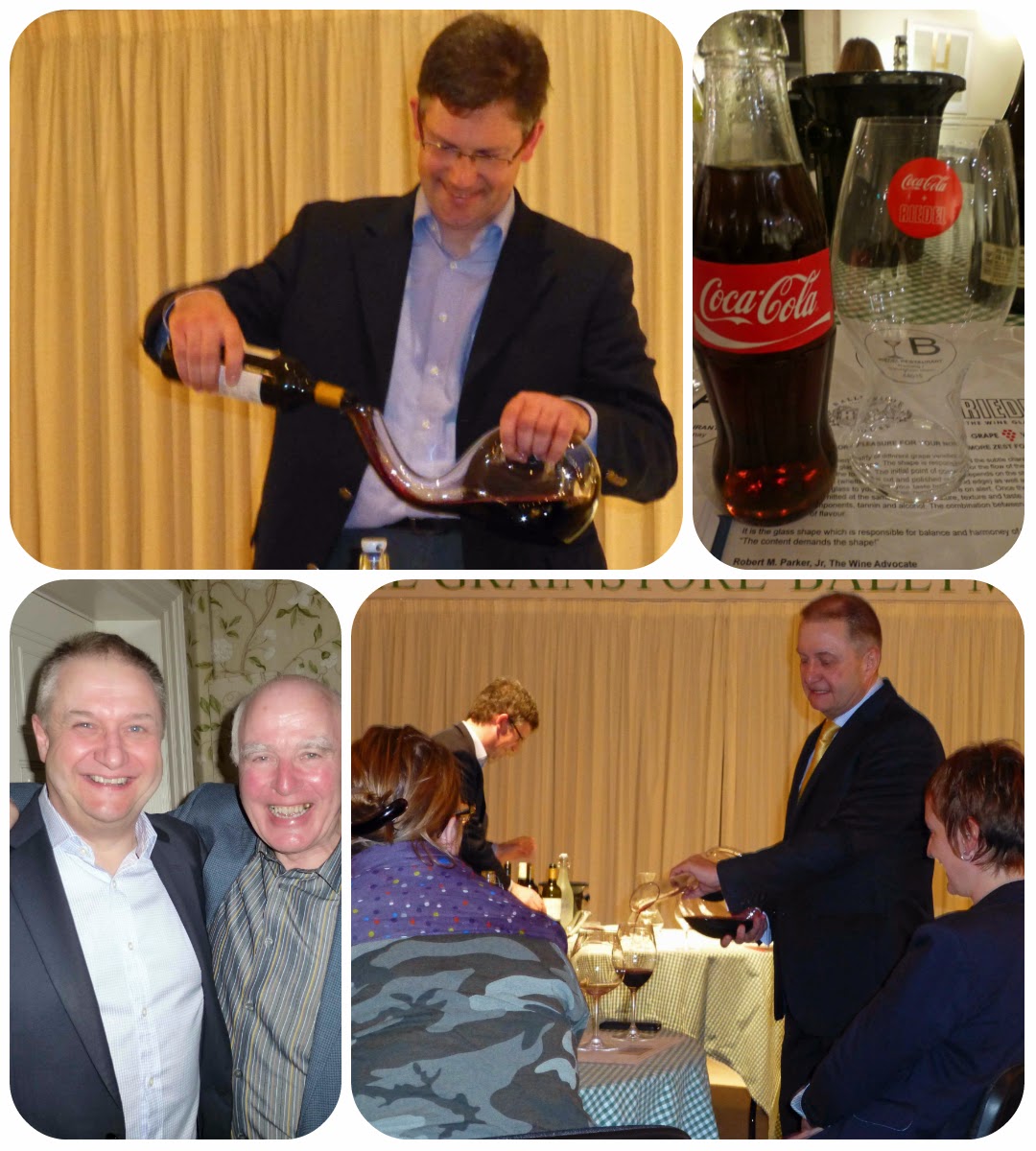 We are in the Grainstore at Ballymaloe and sampling various wines in glasses made by Riedel, “the Rolls Royce of glassware”, according to our guide John Hinckley, UK based Business Manager with the company. He takes us on quite a drive!

Glassmakers since 1700, things looked grim for Walter Riedel and his family when he returned to Austria in 1955 after imprisonment in Russia. Their home and factories had been confiscated by the  Czechoslovakians.  But help was at hand. The Swarovski family, close friends of the Riedels, offered Walter and his son Claus Josef a new start in Kufstein, where they took over a glassworks and started producing mouth-blown products in 1956.

Later they started work on wine glasses and, in 1973, introduced the hand-made Sommelier range, the first varietal specific glassware. Other ranges have been added in the meantime - they even make one for Coca Cola and John had it with him in Ballymaloe.

‘Look at the glasses,’ he said. They're so light, yet so well balanced they never rock." But the sceptics were wondering would one variety really do better in one glass than in another. The doubters soon had their answer in their own hands. It is a glass made especially for Riesling and Sauvignon Blanc. We had a classic New Zealand Sauvignon poured into this narrow glass with a tallish “chimney”. 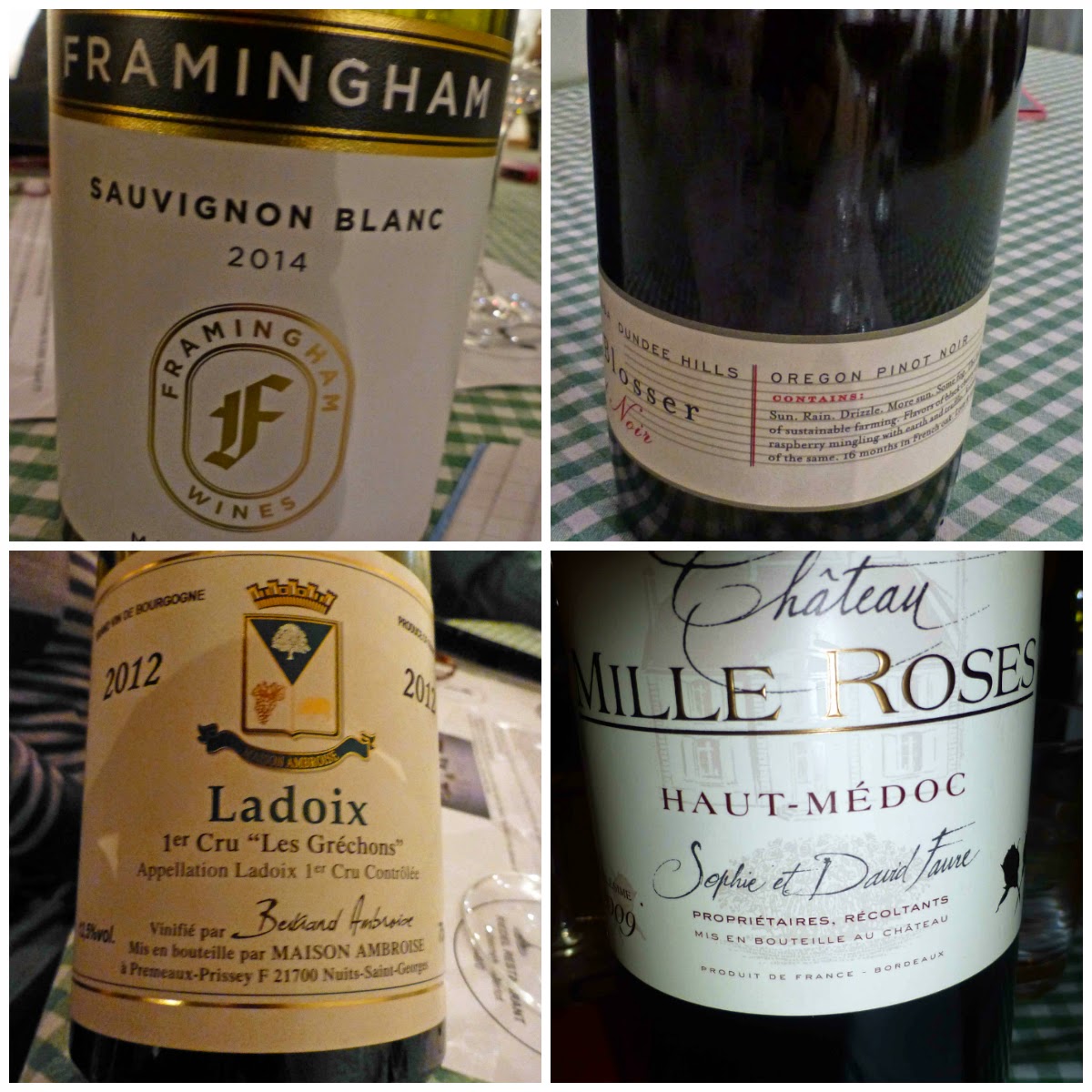 The Framingham 2014 was instantly recognisable, the freshness unreal and “its distinct fresh taste” helped massively by being in this glass, marked B on our card. Then we poured it into glass A, a big bowl of a thing, and that beautiful aroma had vanished, the fruit smells, so strong in B, were marked absent in A. B was built to emphasise the fruit.

But ugly duckling A  would soon have its day! “It may be the least elegant of our glasses but also possibly the most important glass in our repertoire." Soon it was loaded with a 1er Cru from Burgundy, Ladoix’s Les Grecians 2012.

John: “This is the finest example of its kind, the finest mouthfeel, unique, ripe grapes, a serious wine and needs to be treated accordingly. This is the perfect glass for it”. So we sniffed and sipped and were inclined to agree. Then we poured it into B and that made John’s point for him. You just wouldn't recognise it as the same wine! There was quite a rush to return it to A and soon the happy oohs and aahs were heard again.

Then it was the turn of glass C , specifically for Pinot Noir, the glass quite similar, but with a taller chimney than A. “This wine is not for watching TV,” said John, in between sniffs. “You need to concentrate on it with food.”  And glass C will help do just that, get the best from the wine. We poured it into A. Here the aromas were not great, the elegance had more or less vanished and there was an over emphasis on the acidity. So quickly back to C.

I guess you could say John and Riedel were winning here and that trend continued with glass D and a gorgeous Chateau Milles Rozes (Merlot/Cabernet Sauvignon) from the upper Medoc. A big wine, big flavours, rich, with tannins. John advised pouring just about 100 ml into the 800 ml glass, the better to appreciate the qualities of the wine.

And then he brought out his decanters, well two of them. And we were now able to compare the wine poured from the bottle against the sample that had been decanted. In a straw poll, it was agreed that the decanted wine produced even better aromas and flavours.

So now, you have to go out and buy glasses and decanters! And it doesn't stop with still wine glasses. They also make glassware for sparkling wines and for many types of spirits but find it difficult to come up with one for spirits with mixers. And of course we all sampled the Coca Cola glass but not the Nespresso glasses. No, not a misprint. They make two glasses for the coffee.

You may read the whole story at Riedel and see the full range. Glasses are on sale locally at Ballymaloe and at Brown Thomas. And if you didn't make it to the Grainstore, there are a number of Riedel videos on You Tube.