Artie Clifford and his hard-working Blas committee had all the products - there are well over two thousand in some ninety categories - lined up for the tables of judges in the Skellig Hotel. The food and drink products would be fully tested and so to would the palates of the judges as there were two sessions lasting a combined total of around five hours.

You have no idea of who makes what. It is not a blind tasting as such (no blindfolds!) but the unpackaged products in front of you are “anonymous” for want of a better word. There are up to five on the shortlist for each category and each judge tastes quite a few groups over the morning and afternoon.  My standout category? I thought the standard in blue cheese (winners: Cashel Blue) was top class, with three of the five outstanding. See the full list of winners here.

With the judging completed - we still wouldn't know the winners until Saturday afternoon - it was time to check in at our accommodation. The next event was the press opening of the Dingle Food Festival at the Tom Crean Brewery. More food here but, after all the little bites during the day, I opted for a couple pints of the cool and fresh Tom Crean lager.

Lovely chats then with fellow judges and bloggers and all fell silent as Neven Maguire, presented earlier with a special award by Blas, cut the ribbon and opened the festival. Next port of call was the bar in Benners. Tom  Crean available there too of course and a whole selection of Irish craft beers included on the drinks menu.


Very impressed with that development (Benner’s also have Dingle vodka and gin from the local distillery). Next stop was An Canteen, another huge supporter of craft beers. Here hosts Brian and Niall greeted us and served up a fantastic meal, made with pride and passion and no little skill, from local produce. Even Neven was highly impressed.

Time then, for me at least, to stroll down the lane and head back to the bed. Friday would be another busy and very enjoyable day.


The rain came down for a while on Friday morning but that didn't stop the punters from turning up in the farmers market to see Neven Maguire signing his new book Fast. He was in great form, chatting and smiling and standing in for photos as the fans queued up to buy the book.

Thanks to Lisa McGee (@Dingle Spirit on Twitter), we had heard that there was a two o’clock tour at the Dingle Distillery so we strolled out to the west of the town and joined an international group for a very interesting 75 minutes or so. See separate post here on this tour.
On the way back, we called into the Dingle Cookery School opening. Here again, Neven was doing the honours and, as usual, joining in the fun. It is a tremendous facility. Lots of courses are now available, some short, some long. Check out all the details here. Hope to do a separate story on this also.

And still more to do. Next Blas event was the announcement of the winners in the awards given by the local enterprise offices. Cork, Donegal, Galway, Kerry, Limerick, Louth, Mayo, Meath, Tipperary and Waterford were among those represented at Benner’s. Delighted to see Beara Seafoods and Joe’s Farm, two small family producers that I've met this year, among the winners.

Friday night found a group of us in Idás, an excellent restaurant more on John Street. Lots of conversation and good food, good wine too, as an enjoyable evening unfolded. Great to meet chef and owner Kevin Murphy who had laid on a special tasting menu for us. Check Idás out if you’re in the town or the area - worth a detour!

The rain, aside from a few showers, held off on Saturday and just as well. First stop was the Blas Producers Networking Event. Buyers were here in their dozens and it was great chance for the producers to show and talk about their produce. Lovely to meet up again with Olivia  from An Olivia Chocolates, a winner last year (and gold again this year), with Sam from Cloudberry Bakery (also a gold this year - see her tasty produce in Brown Thomas in Cork) and with so many more.

And then it was off to the market which covers most of the central streets of the town. This includes the regular farmers market but it is so much more. Producers who have won in the previous year’s awards had the opportunity to have a stand and so the selection of foods and drinks is huge. The Foods of Athenry, Hartnett’s Oils, Wild Irish Foragers and Blurini Blasta were among the many stops we made.

Soon though we were down to business, on the Taste Trail. With over 80 participants, this must be the biggest and best of its kind in the country (if not, let me know!). Everything, from shark to kangaroo, from ling pie to Dingle Fudge, from wine to craft beers and ciders, available. Purchase with your book of tokens or with cash. Separate post here.


All the while the awards were being presented in the cinema and again it was a delight to see many hard working producers that I know get their just rewards.

Just as well our booking for Saturday's dinner was on the late side. It was 9.15 when we arrived at Out of the Blue, the fish specialist restaurant on the waterfront in Dingle. The French chefs had a special multi-course menu for the night, even a special wine menu. It was a terrific meal in a small place with a great atmosphere and a great staff. Highly recommended. Post to follow. 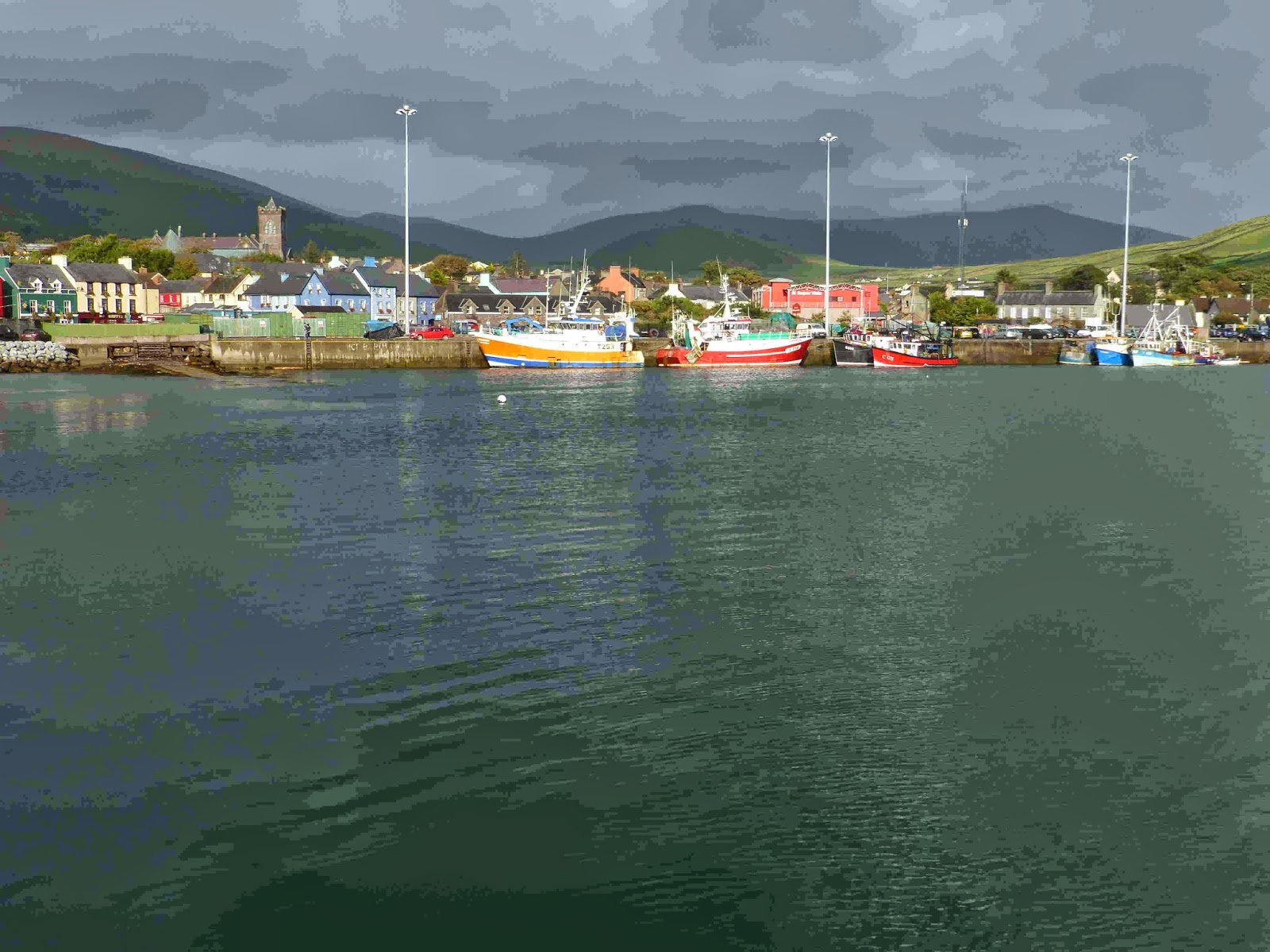 Stamina had run out by the time Sunday morning dawned. There was still much to do, including the Taste Trail and market again, but home called and we headed east with lots of lovely memories and a promise to ourselves to call again.