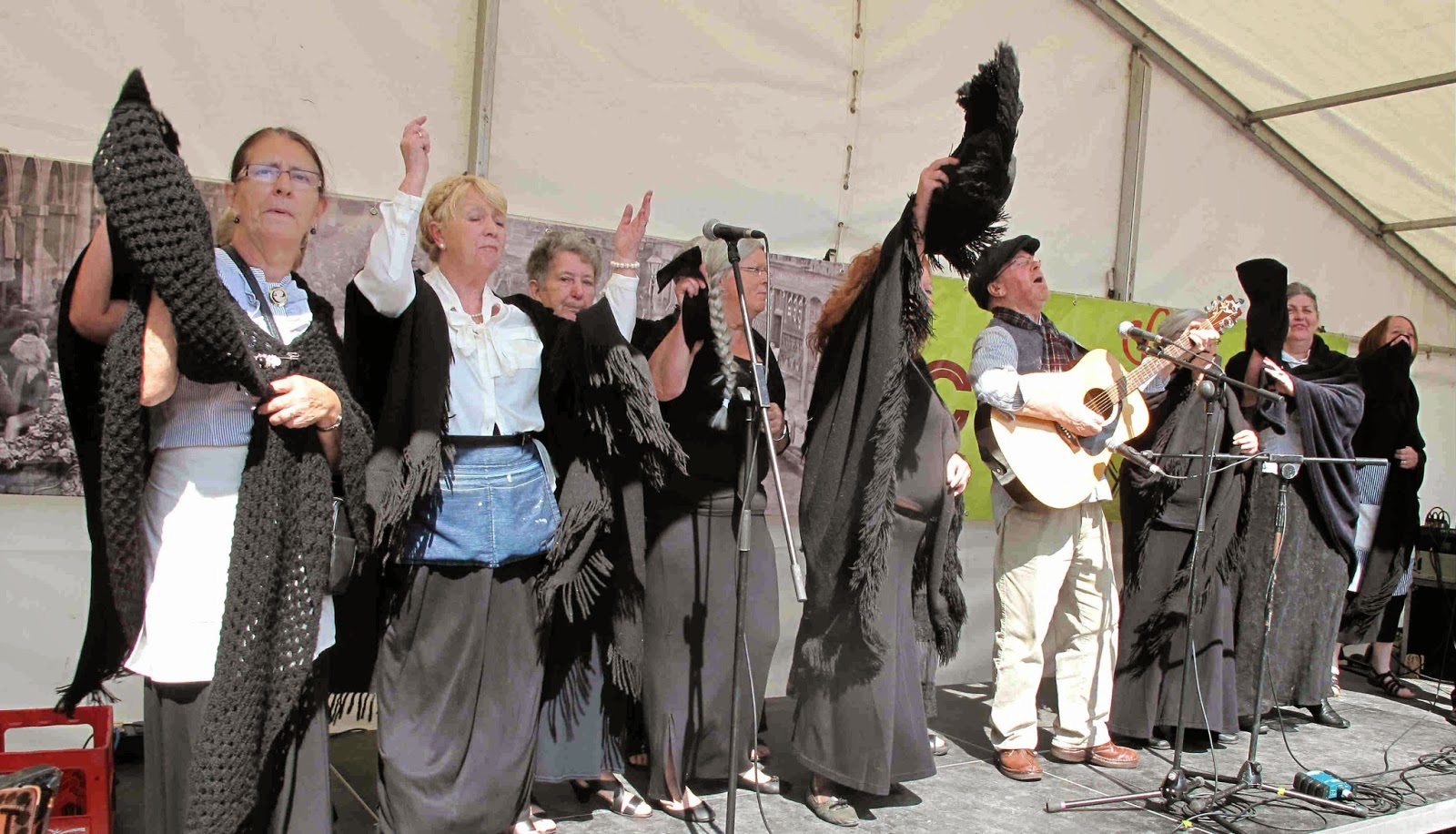 A lively bunch of shawl clad women got the 2014 Coal Quay Family Festival off to a swinging start as they took to the stage for a couple of songs. The stage would be busy for a few hours after that with all types of musical groups in action. All part of the Cork Heritage Day and a very appropriate time to remember the past in the heart of the city, politicians (at least one) and priests present as the original shawlies and their families were remembered in song and prayer, and pigeons released in memory of the past and in hope for the future of this vibrant area.
And much of the vibrancy is provided by the relatively new businesses in the famous street. The likes of the Cornstore and the Bodega and the spanking new Rising Sons Brew Bar played key roles on Saturday. And then you had the buzz of the Farmers Market, a very genuine market, probably underrated market, where most of the stall holders are actual farmers and producers. I made some tasty purchases here, particularly from Ballyhoura Mushrooms, Caroline and Orchard Cottage Dairy.

And indeed it was here, at the food shop (open Thu-Sat), that I had my first drink of the day, a complimentary glass of wine. And I wasn't the only one enjoying the vino as the sweet voice of mezzo soprano Amanda Neary spilt over the sunny street.


The Bodega were serving free bodice but the queue was massive and I couldn't get near but I did avail of a sample of the smooth and gorgeous Mi Daza stout, courtesy of the Rising Sons stall. And more food at the Cornstore. Out on the street, Mags O’Connor and her merry helpers were dishing out tasty crubeens and a terrific lamb stew (with pearl barley).

Read more about the Coal Quay and the hard-working people behind the annual festival here .

The Bonded Warehouse  (perhaps best known as the bond) also has a long past but what of its future? Later on Saturday afternoon, along with a few dozen more and under the expert guidance of Harry Golden, I visited the ancient building which has been a bonded warehouse for wines and spirits for over 200 years. Temperature (about 12 degrees) never varies and is perfect for the storage of wine.

But not for much longer. A new purpose built bond is now operating in Little lsland and the holdings here in Custom House Quay are being run down. So this public tour, only the second ever, could well be the last and it was with some nostalgia that Harry showed us around. What will become of it in the future? Harry sees huge potential here - there are after all about five acres on this last triangle of land where the two channels of the River Lee meet.
It is a listed building but still there is enormous potential in this magnificent location. Just hope the dreams don't become choked with red tape.


Some of Saturday's visitors were half hoping to find a dusty bottle of wine or brandy in the vaults but the ones we visited were empty! Though hopes rose briefly when glass was spotted in a hole in the wall. Just an old light bulb!
One of the vaults visited was Number B17 and that had a long association with Hennessy’s Brandy of Cognac. The Hennessy family originally came from North Cork and, over many decades, their brandy was unloaded at the quay and sent down a line of rollers in the vault to be stored in the bond until the importing merchant paid the due tax.


Beverly Mathews, Maurice O’Mahony and Colm McCan, the trio who organised the Wine Geese series last year,  had organised the bond visit, with help from Harry of course. And later Beverly invited us back to L’Atitude, the lovely wine bar on Union Quay that she runs with Emma Lagrande. 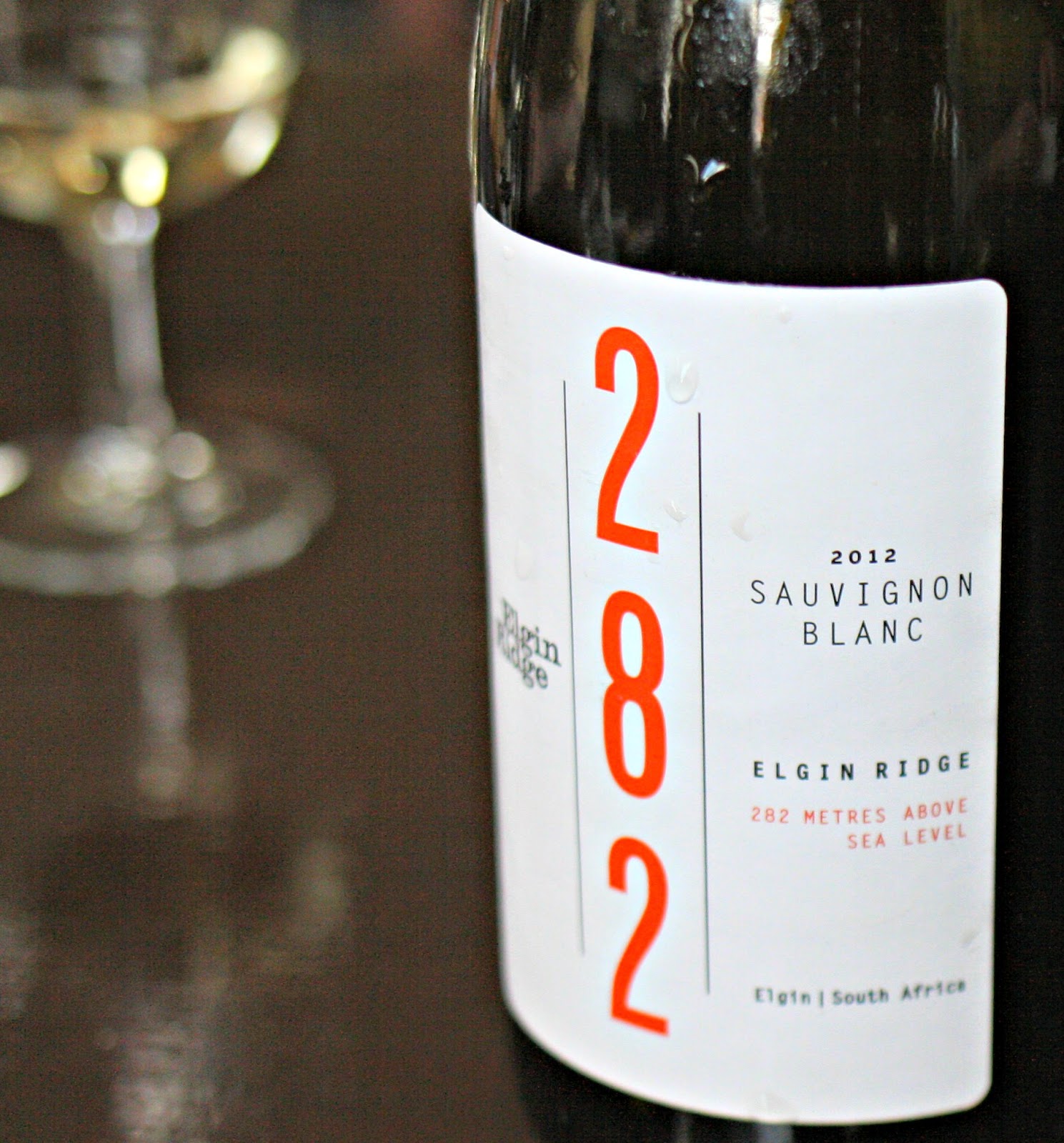 And here we heard of another of the more recent Wine Geese. Colm McCan told us that Marian Smith grew up in Ballyjamesduff and now runs the Elgin Ridge Winery  (it is 282 metres above sea level) in South Africa. And the generous L’Atitude gave us all a glass of the 282 Sauvignon Blanc, a lovely fresh wine. It is an organic operation and interestingly Dexter cattle help keep the vineyard clean!

Before we started the bond tour, we had a look at the interior of the Custom House, open all day for the Heritage event. Highlight here is the 1906 boardroom (especially the delicately patterned ceiling). If you didn't get there this year, put it on your list for next year. Must say, I’m looking forward to Heritage Day 2015 already.