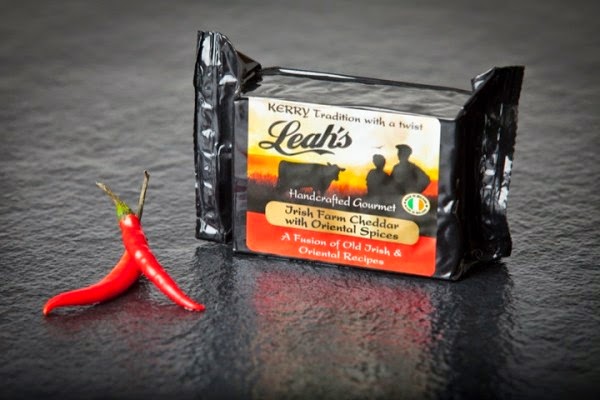 East meets West in Kerry and the results are good, very good. From a mountain village in the Philippines to a coastal village in North Kerry comes Leah. She met husband Billy in London and together in Littor Strand they’ve put their respective food experiences and traditions in the mix and now you can sample some very interesting products indeed.


So dairying and cheese was very much part of Billy’s background and it is not so surprising that cheese is one of the products now produced by Leah’s Gourmet Foods. But cheese with a twist, as Leah has added a touch from the Phillipines, a spicy one! 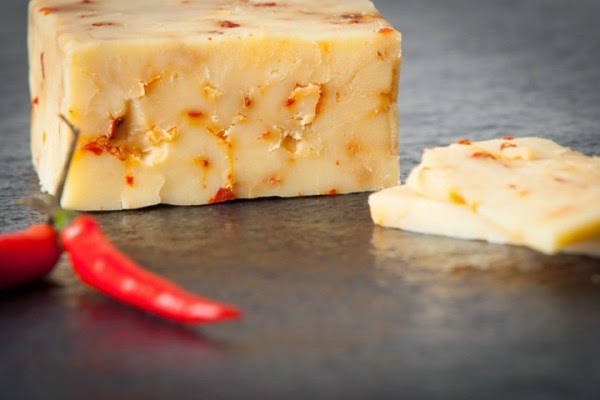 Leah’s Gourmet Cheese sees the traditional Irish Farm Cheddar get an “injection” of red chillies, garlic and ginger. The initial attack could take you by surprise but you do get used to it quickly.

Many of us Irish look for a cool way to counter the heat of the spices and I’ve got one. Had tried a few relishes, including a Mango (a pretty good match). But the best pairing I came across was with a beautiful jar of red currant jelly made by Toni’s Homemade and bought at Bandon Market. A perfect match between Cork and Kerry.


Next time, we’ll tell you all about Leah’s Black and White puddings. They also do other products including Irish organic smoked salmon and a lovely line of boards and slates.

Just seen that Leah’s Gourmet Foods have been chosen as an "InterTradeIreland Business Ambassador" and have been invited to The Mansion House & Áras an Uachtaráin to meet President Michael D. Higgins, Minister Richard Bruton along with many other TDs & senators, VIPs and leaders of the business community in Ireland.

“We're so looking forward to this event at the beginning of October and so we'll have to dust down the tuxedo's and fancy gowns to get ourselves ready to meet with the great and the good of Ireland's business world!”