Cork's Coqbull On An Early Charge

August 06, 2014
Coqbull On An Early Charge
No cock and bull story here 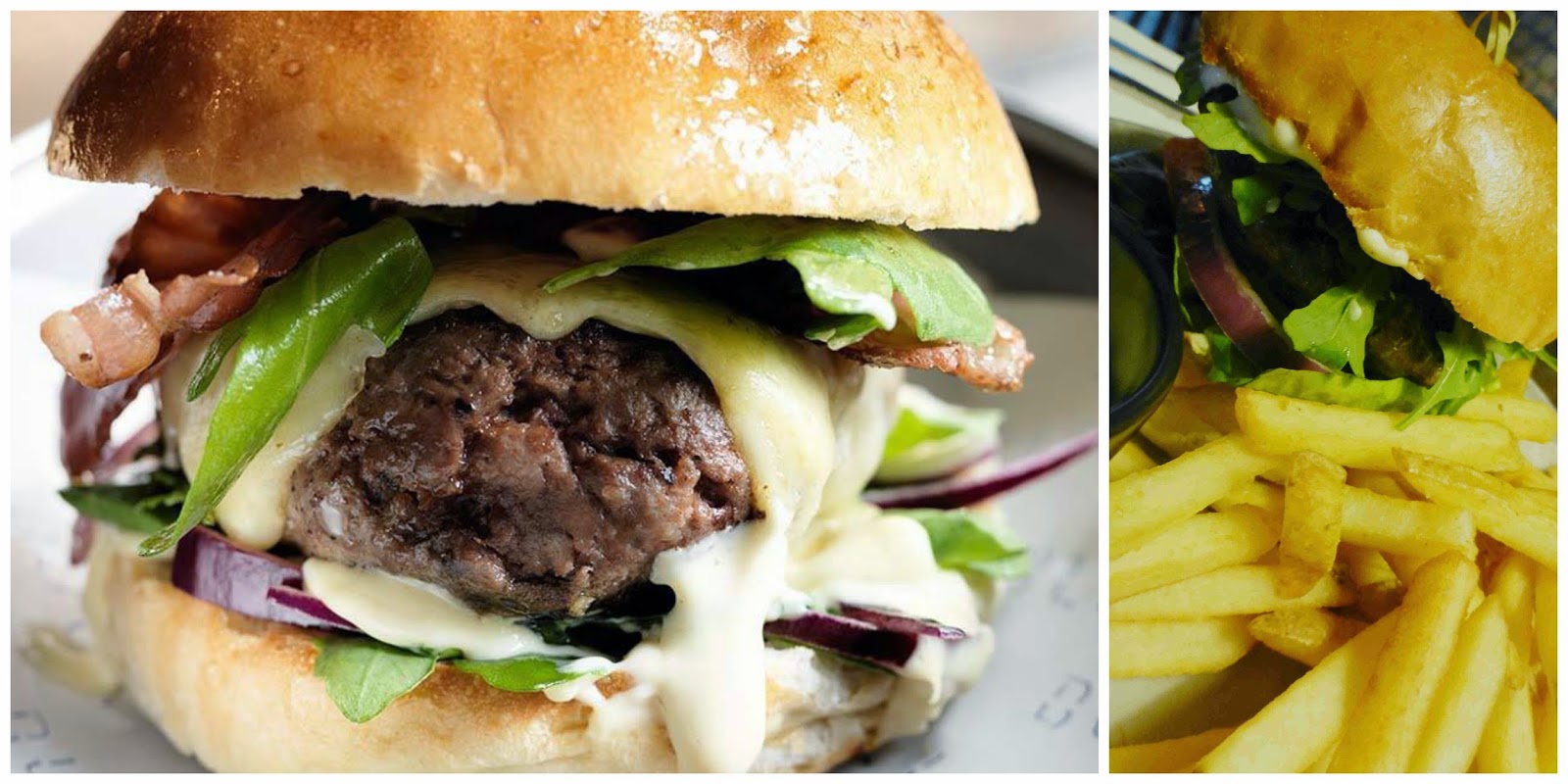 Coqbull, Cork's latest city centre dining option, is just six weeks up and has hit the road running. Spanning a speakeasy kind of space, booths and all, not to mention galvanised iron and milking parlour lights, between Academy Street and French Church Street, the French quarter venue is already a hit.

They were so busy on Friday night I couldn't get in to taste that sweet tea chicken, but no bother this Tuesday at lunch-time, not that it was slack, far from it as a steady flow of punters streamed through the door, doors I should say, as it has entrances on both streets.

Chris is the manager here and he has an excellent staff. Great courtesy and efficiency out front and no lack of talent in the kitchen. Did you hear me say sweet tea chicken? You sure did. Like in your great grandmother’s day, the chicken here is marinated in sweet Barry's tea and is all the better for it as we found out when we sampled, delighted with its superb texture and flavour, not to mention the spot-on cooking. 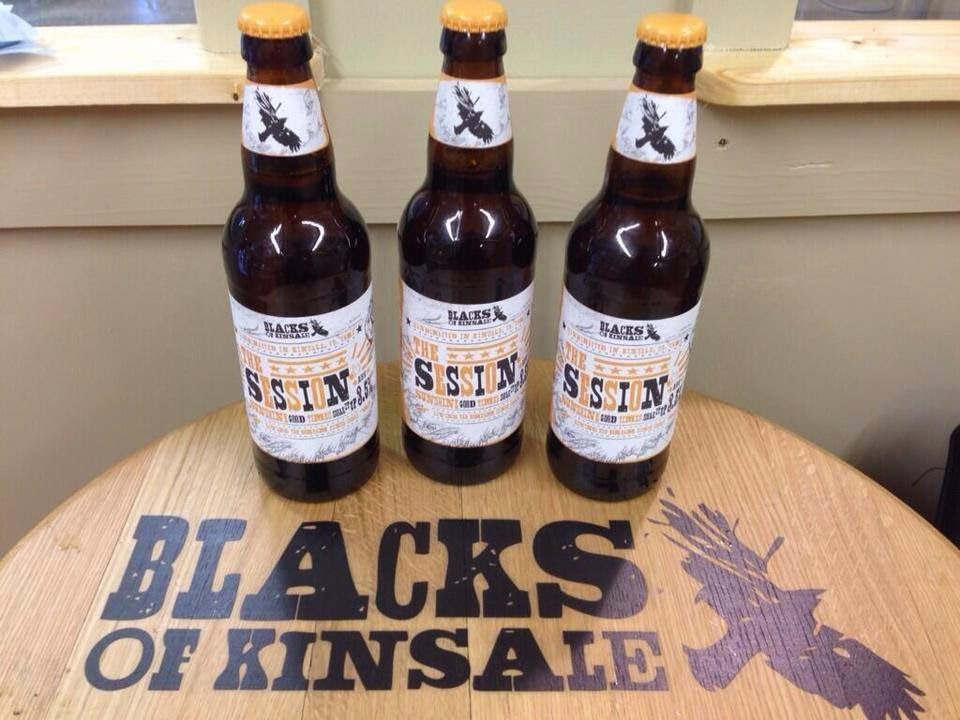 But we were here for the bull!  Oh and the beer, of course. I’m quite a fan of Black’s Brewery (Kinsale) and of their ales in particular and so was immediately interested when I saw their Session on the list. Noted it was just 3.5% ABV. It might be a little shy on the alcohol but no lack of flavour and it is blessed with a well judged balancing bitterness. Quite a beer. One to note for a session for sure!

Burgers are made in house from prime cuts and 100% traceable from local Irish beef.There is quite a selection (most at €10.00) from Bacon Bull, Chilli Bull, Forest Bull, even Bunless Bull. My choice was the Supreme Bull (12.50). I had spotted my favourite Cashel Blue cheese in the mix here and the other ingredients were bone marrow and crisp onion. And fries of course!

CL picked the Bacon Bull (10.00), the bull here reinforced by bacon, cheddar, onion and Coqbull sauce and she had no bother in dispatching that tasty combination. Mine too was superb and, after the beer, I was beginning to feel full. 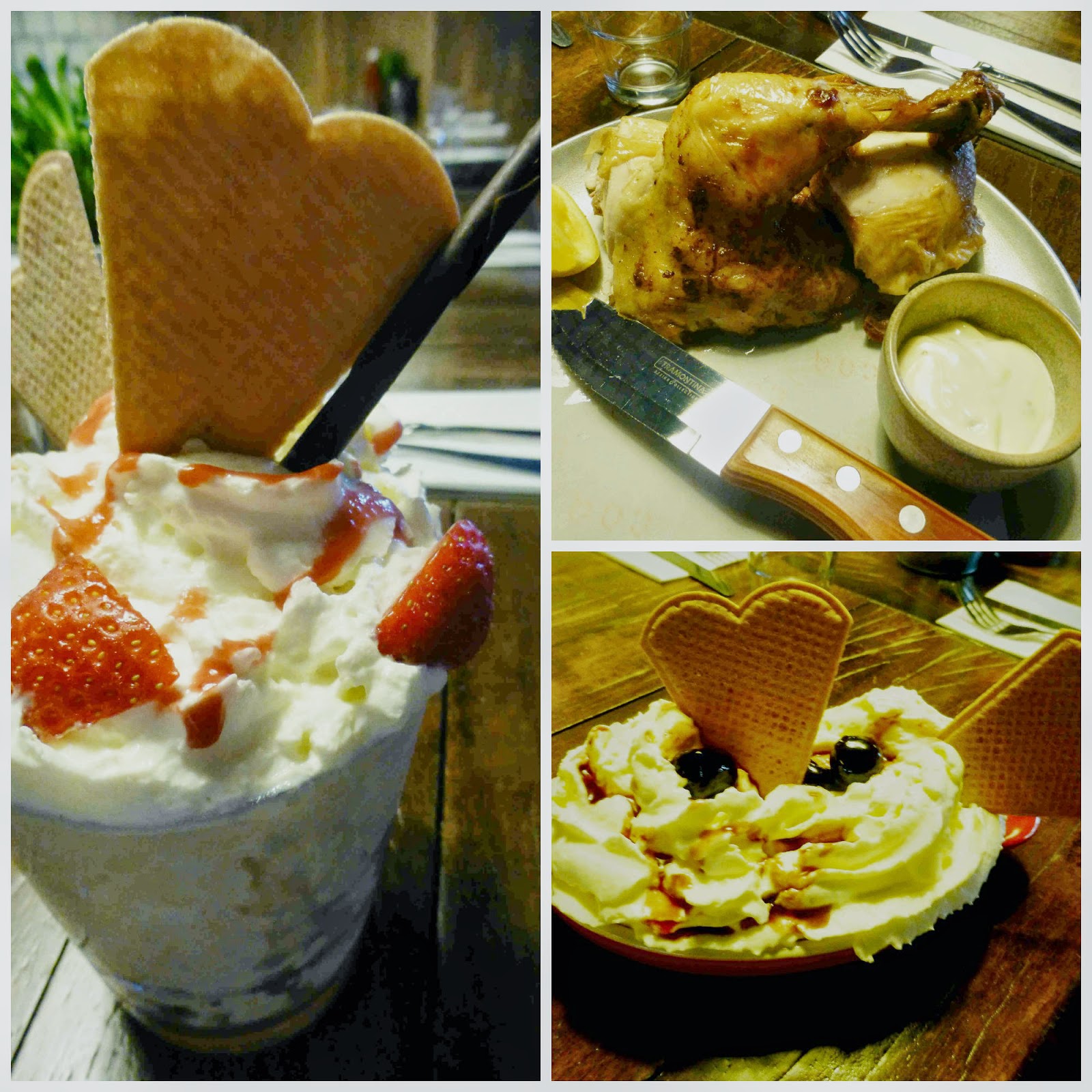 But we weren't leaving without dessert! They have a short but tempting list. And the sweet things that we finished with were the Coqbull Strawberry Crush (for me) and the Banana Split. Very enjoyable indeed.

It is not all coq and bull here. You may have various salads and also Slow Roasted Pork Ribs at lunch-time (12.00 to 2.30) and later, when the main menu kicks in, the choices increase.

Many craft beers and ciders are available by the bottle and some mainstream (Heineken and Tiger) available on draught. House wines start at a fiver a glass and they also carry a range of Fentimans soft drinks along with a  couple of Moqtails!

The Cornstore and Executive Chef Mike Ryan seem to be on a winner with this offshoot and I’ll be back soon to check out the evening menu and the atmosphere behind the galvanised iron and under the milking parlour lights, all rather appropriate considering the restaurant’s title!