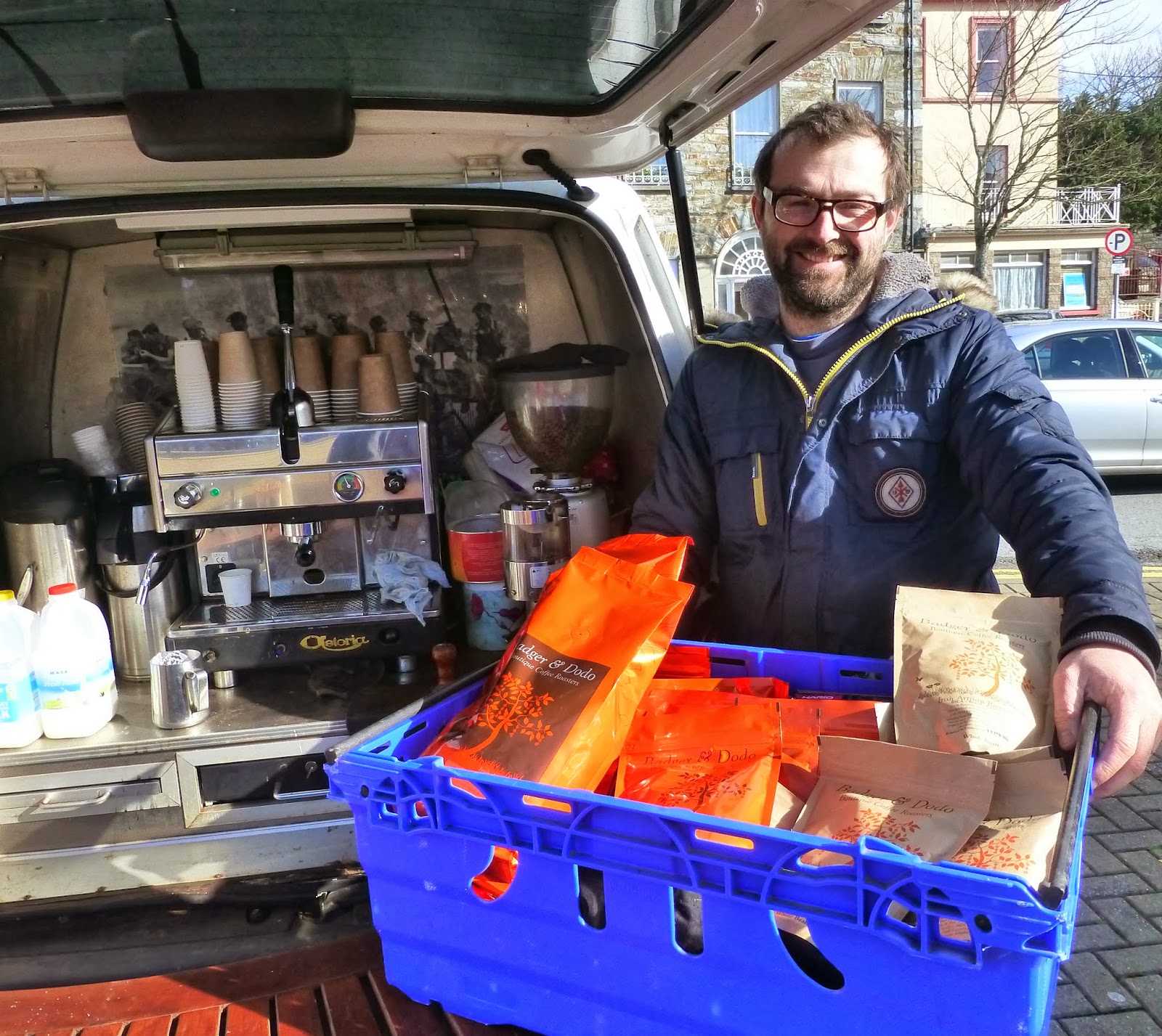 Arrived at Bantry Market last Friday morning and the priority was to get a coffee. And, boy, did I get a good one as Coffee Mezzo came to the rescue. Shane uses just Badger & Dodo beans and soon I was happily sipping a two shot Macchiato. He tells me that the Cortado, a similar drink but with more milk, is also very popular, especially with Spanish visitors.

Shane operates in both Bantry and Skibbereen and will be in action at the Schull market during the summer months. Expansion plans are in train and you might well see him soon in Bandon and Clonakilty Farmer Markets. And he also does events, anywhere people gather. If you see him, know his coffee, Cortado or Macchiato or just plain Americano, is top notch!
A few weeks back, I got a terrific West Cork Beef Pie from Fresh From West Cork in the English Market, so I was delighted to come across Paul Phillips, the Schull based producer at his stand in Bantry. What a selection this man has: Pork Pies, Steak Pasties, Beef and Potato Pasties, Gubbeen Cheese and Feta Pasties, Quiche (with Goats Cheese etc.), Steak and Kidney Pies, Chicken and Leek Pies, even Scotch eggs and more. So keep an eye out for Paul's pies at the West Cork Markets and also at that stall in the English Market.

While the Bantry market is not all about food, far from it, you can get quite a lot there. Gubbeen of course have their cheese and smoked meats and there is another cheese stall as well where I picked up the superb Cratloe Hills sheeps cheese from County Clare, produced by Sean and Deirdre Fitzgerald. You can get eggs, potatoes and lots of other vegetables, not to mention fruit.


There are a few hot food stands as well, including the renowned WokAbout, busy long after the market closed. But I had already bought my snack from Liliane of Crêpe a la Francaise. She does Buckwheat galettes and French style Omelettes as well as Crêpes. Following in the footsteps of her mother and grandmother, Liliane is a Master Crêpiere and respects the traditional Breton recipe. We certainly enjoyed a couple of her crêpes, served in a chip cone! The cone may not be traditional but is very practical. 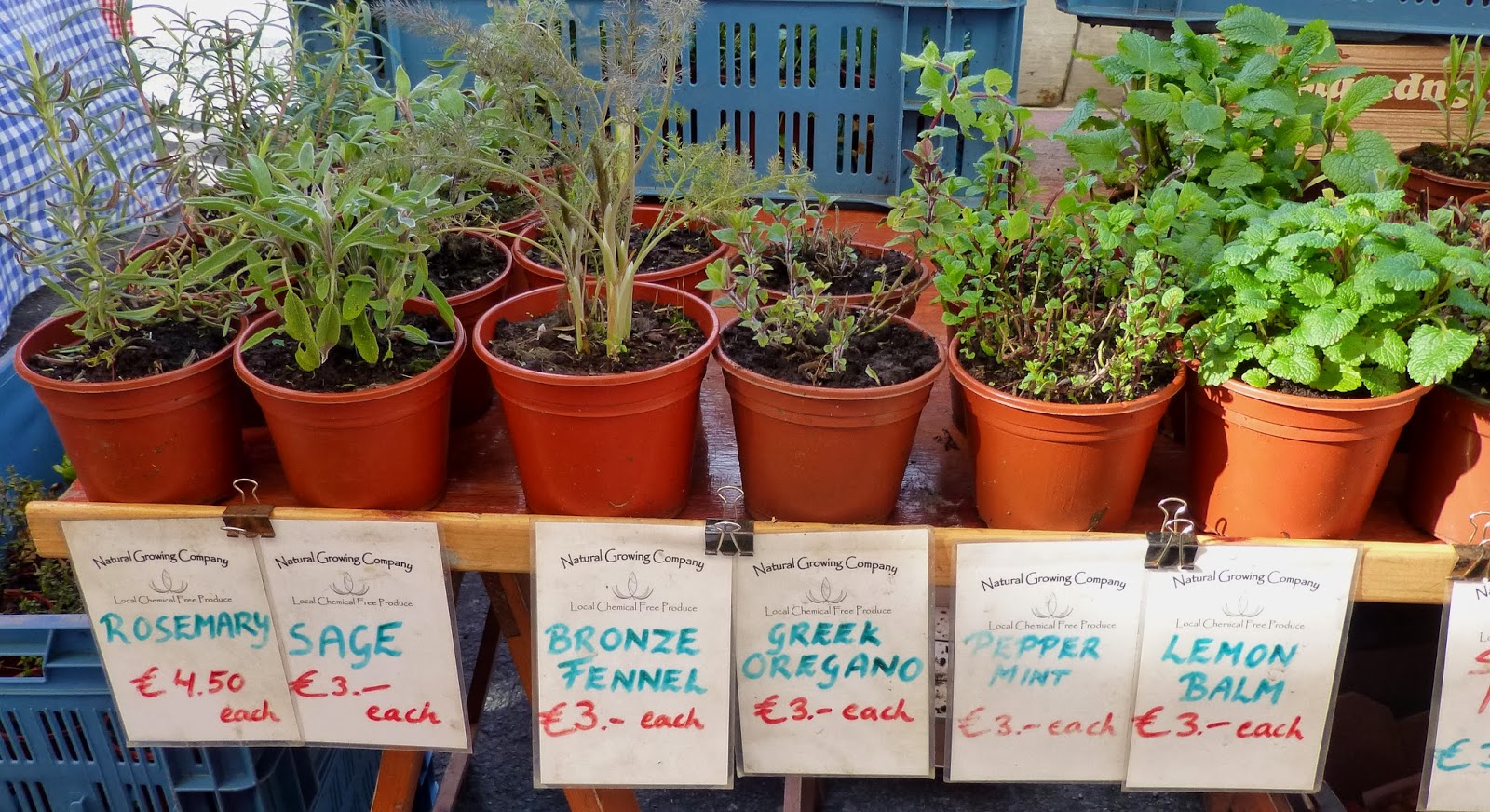 On the first Friday of each month, a fair is held in conjunction with the market in that magnificent town square under the gaze of Theobald Wolfe Tone. But, aside from a few hens, there was no fair to speak of last Friday but I was assured that it does have a big presence here as the year rolls on. 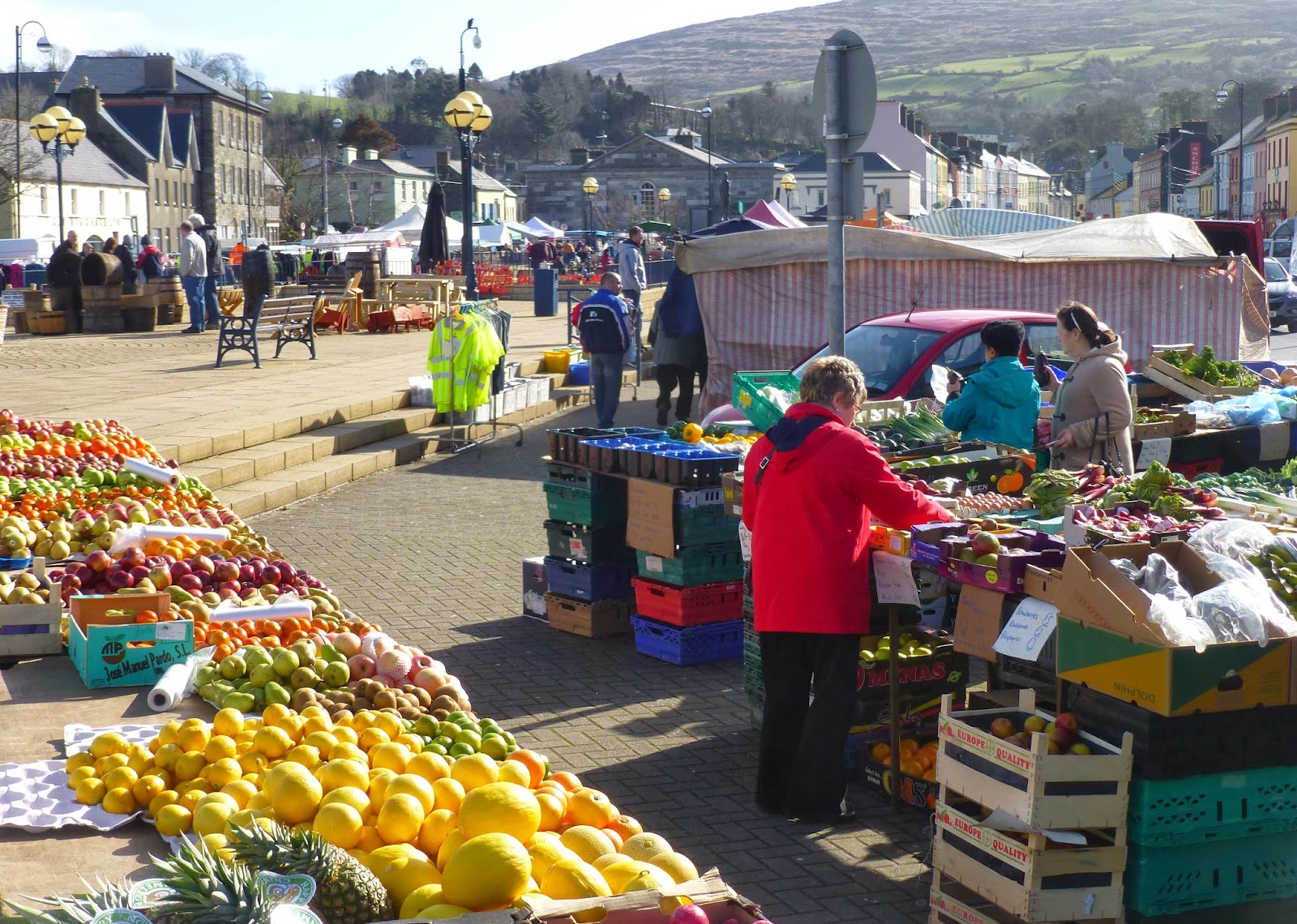 Aside from the food, you can buy carpets and other household items, lots of bric-a-brac and certainly lots and lots of tools. I think there were at least three stalls selling hand tools there on Friday and they seemed popular.This being Bantry, you will also find a stall selling fishing gear. Quite a varied market and one that will be getting better as the days get longer.

Bantry’s Maritime Hotel is an excellent base