All About Farmers at Ballymaloe, Port. Cheese, Chocolate. 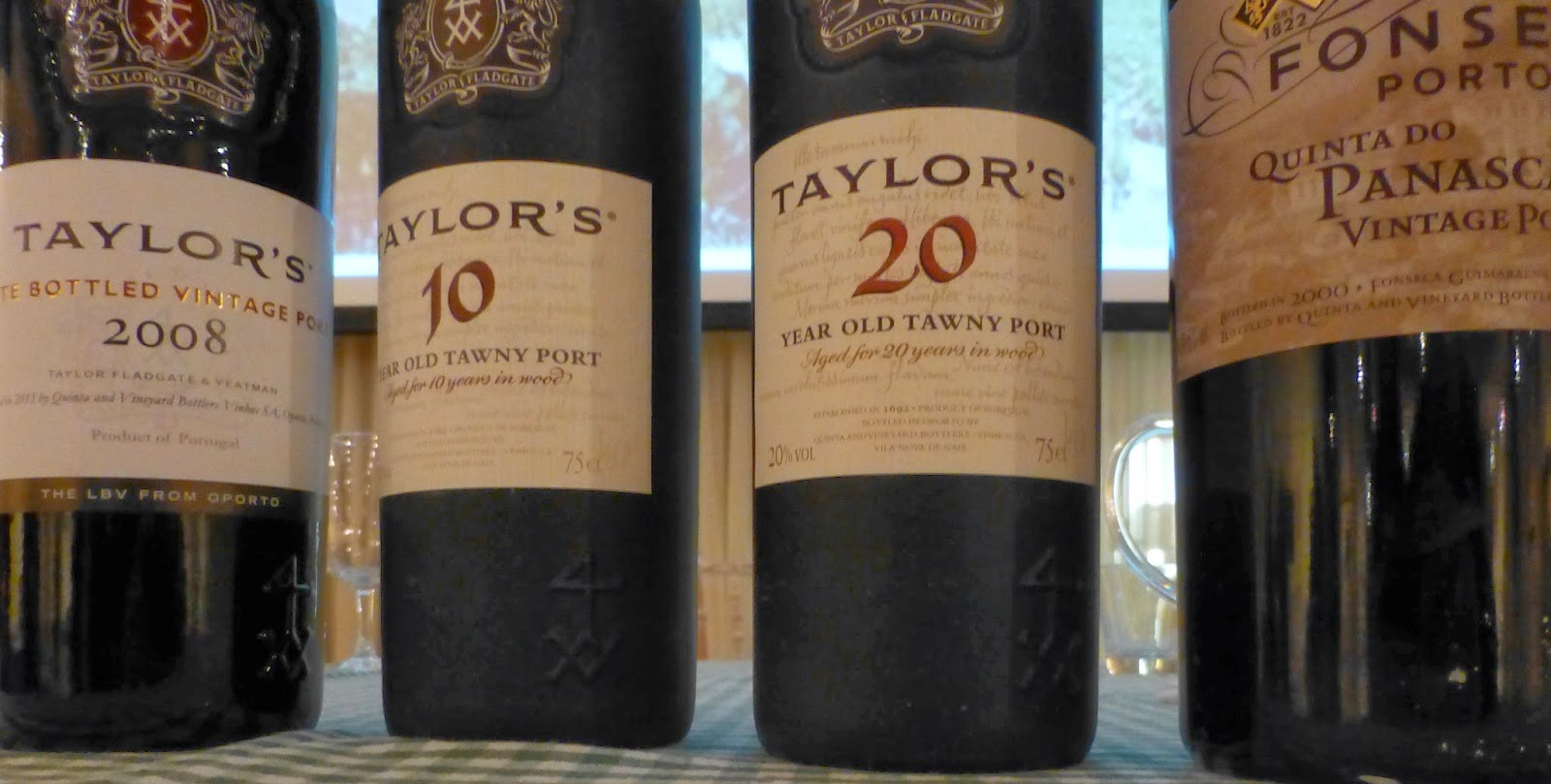 It was all about farmers at Ballymaloe last Thursday evening, appropriately enough in the week that the East Cork food destination celebrated the 90th birthday of Myrtle Allen.  Myrtle turned her front room into a restaurant fifty years ago and the rest is food history, still evolving. And Ballymaloe is still a farm, of course.

Thursday was also about Port, cheese and chocolate. The only real farmer on stage was Dan Hegarty whose family in Whitechurch make the well known and well loved cheddar. Chris Forbes from Taylor’s Port told us of the many small holders on the steep slopes of the Douro while Shana Wilkie of Wilkie’s Chocolate, Ireland's only bean to bar chocolate maker, told us of the small Peruvian farms from where she gets her beans.

It is mountainy in the Douro and very hot. There are some 35,000 tiny holdings, according to Chris, but Taylor’s buy grapes from less than 100. Taylor’s also grow their own - their Quinta de Vargellas is one of the best known in the world - and the port is made from a variety of indigenous grapes.

Port is a fortified wine. Fermentation is stopped after 2 or 3 days by adding 77% proof alcohol. That arrests the fermentation and maintains the high sugar level. Some hard work before all that though. The pickers start early, stop for lunch and wine, start again and stop in early evening for more food and more wine. 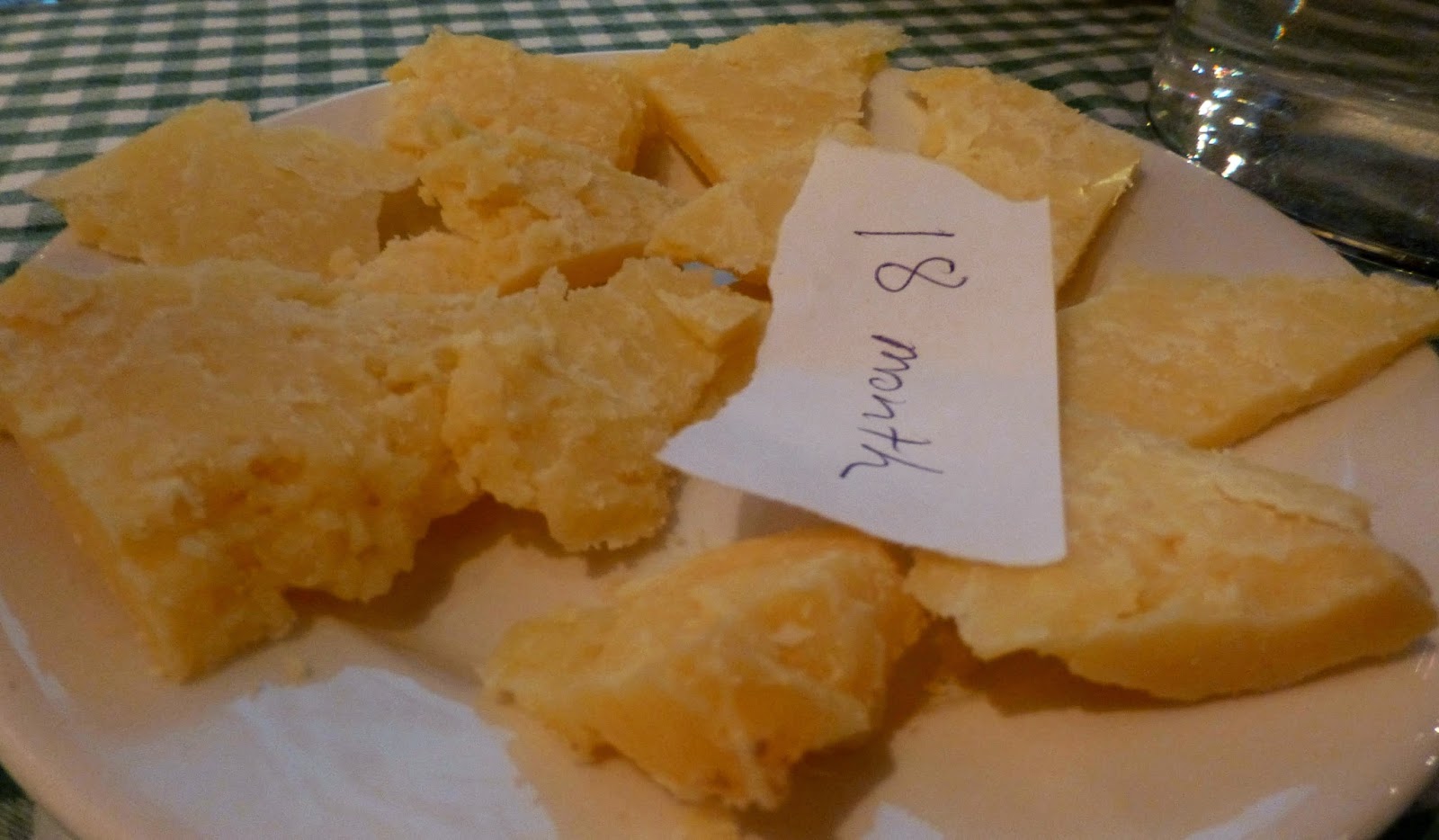 But they are not finished. They then start the traditional foot-treading in the lagar, two hours of tough going, squeezing out the juice and the colour. All Taylor’s vintage ports are made using traditional methods, including foot-threading.

We started the tasting with a 2008 LBV (Late Bottled Vintage). LBV was created in the 1970’s by Taylor’s, all the grapes coming from the one year and it spends 4 to 6 years in large wooden vats. Taylor’s are the world leaders in this style and, as we saw, it goes very well indeed with both cheese and chocolate (the Amazonas). By the way, if you open a bottle, Chris advised to finish within 3 to 4 weeks, as it loses its freshness after that.

Dan Hegarty was  very impressed with the Port and said he was thinking of giving up his favourite lager. Indeed, there is no shortage of good humour as Dan took us through the family’s relatively short history of making cheddar.

They started in 2000, using the traditional methods, and sell their products at different ages. They “went mad” early on, going flat out with production but now they are more restrained and there are only marginal increases from year to year. It is a two year cycle and they milk about 100 cows. On Thursday, we tasted three ages: 6 months, 12 months and 18. The older was the more popular though, according to Dan, his bank manager would prefer if the youngest was in top position!

Fonseca Quinta do Panascal Vintage Port 1998, the produce of just one vineyard, was next up, “an affordable way to drink vintage Port.” It is now 14 years in bottle with opulence, spiciness and red currant flavours. It proved an excellent match with Wilkie’s Amazonas with Cocoa Nibs and also with the 6 month old cheddar. And a word of advice from Chris: “On opening, decant, and drink that evening!”

Shana too had a few tips for recognising good chocolate. “Shiny chocolate is normally good, dull is not so good. A sharp snap is also a good sign.” Shana is originally a graphic designer “by trade" but always had a great interest in food.

She went on to tell how she got into chocolate making and got familiar with the different beans and flavours and was drawn to the Criollo flavour bean. She now works with a few families in Peru. At home, and home now is Midleton as she has returned to the East Cork, she is always experimenting, always getting better and indeed she already has some impressive awards to her name.

Her Tumbes chocolate was an excellent match with the 10 Year Old Tawny. This port has spent ten years in small wooden casks, no new wood used. It is lighter in colour with mellow notes and little spice. Chris described it as a “liquid fruit cake”. Went well with the chocolate and also the 18 month cheddar. Great too with pates and terrines, according to Chris. “The style is fresh and clean and it is easy drinking.”

Chris surprised some by suggesting that these Tawines (we finished with the exquisite 20 Year Old, even lighter in colour and with a toastier aroma) be served slightly chilled and also suggested serving them in summer as well as the more traditional winter usage.

The three gathered on stage for a deserved round of applause and there was thanks too for Peter Corr of Febvre who assisted throughout the evening and for Ballymaloe’s Colm McCann and his team.