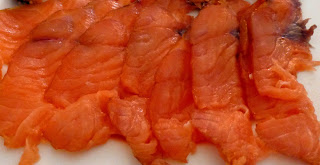 Met three champions from Clare at Ballymaloe last evening. The first, Skillogalee founder Dave Palmer, comes for the Clare Valley in Australia, while the other two, Birgitta Curtin of the Burren Smokehouse and Siobhan Ni Ghairbhith of St Tola, come from our own County Clare, after which the Australian valley is named. It was a promising line-up and they delivered big time.

Colm McCan of Ballymaloe greeted us all with a Skillogalee Sparkling Riesling. “A very unusual wine, only four or five are made in Oz,” said Dave. “It is light, dry and refreshing and aromatic. It is a properly made sparkler, bottle fermented and aged on its lees.” Great start.


Dave then took to the stage at the Grain Store to introduce his two whites for the evening: the Riesling 2011 and the Gewurztraminer 2011. “These are cold climate wines. We pick pristine fruit and try to preserve it all the way through”. These were matched with the soft goats cheeses and the smoked salmon. “Matches made in heaven,” according to Dave. “I think the lemon and lime flavours in the wine is one of the reasons.”

Next on the wine list was the Rosé (a Cabernet Malbec blend) 2011, a rosé “with attitude..brings out the summer berry characters”. Delightful all the way through from its initial beautiful strawberry bouquet.

Two Gold medal winning reds followed as the high standard was maintained: The Cabernets 2007 and the Shiraz 2008. Quality control is vital in Skillogalee and you won’t find The Cabernets 2008. They didn’t make it as the fruit wasn't good enough.

The reds were matched with the St Tola Hard Cheese, just three months old. Very good now, like Gouda, but Siobhan promised it will get better as it matures (more like Parmesan in the end).

Quite often, the language of wine maker and food producer is the same. They are one and all affected by factors outside their control including the obvious one of the weather. They are one and all dependent on their terroir. Siobhan knows that if she were to transport her 200 plus goats to an inland county that the cheese flavours would be different.

“We have a peaty soil near the Atlantic. The St Tola Log cheese is quite natural, a little fruity, hints of the peat and undertones of salt. The St Tola Ash is made in the same way but in smaller log and is rolled in a food grade charcoal to produce the Ash rim. The Ash makes it stand out on the cheeseboard and keeps it fresh.”

The hard cheese is weather dependent, made only in summer with surplus milk. In a good year, St Tola make it from May to July/August but this bad summer they were curtailed to making it from June to mid July.

It soon became obvious that you really need to know what you are doing with hard cheese. “Timing is very important. If done wrongly, it can even explode!” With its beautiful taste and texture and creaminess, it proved a great match for the Cabernets.

Just like Dave and Diane Palmer, Birgitta and Peter started their Clare business about 23 years ago. Now the Burren Smokehouse is internationally recognised and its products are stocked in speciality food shops in places such as London, US and Kuwait. They too set high standards and their excellence has been regularly recognised and many awards have come their way.

They love their location but even here there are challenges, like the scarcity of wild salmon. She told us the wild salmon is a little drier and the flavour lingers a little longer. They get theirs from a fisherman on the Nore and it ends up in the most unexpected places. Like the Queen’s table, for example. Last year, during the Queen's visit, Ross Lewis choose Burren Smokehouse Wild Salmon for the state banquet. Another honour for Birgitta and company!

Birgitta is Swedish and explained that hot smoking is prevalent in her home country while cold smoking is more common in Ireland. She showed a selection at Ballymaloe, including the Donegal Silver (fresh, sweet and full of Omega3) and the slightly paler Clare Island.

Her Hot Smoked Organic Salmon “is slightly spiced, fully cooked and more meaty.” Birgitta suggested it is a good way to get young people interested in smoked fish though she suspected that “the real fish eaters might prefer cold smoked”.

The Burren Smokehouse is quite a tourist attraction. “Some 30,000 people visit us each year, 10,000 of them from France. Please call in!”

A terrific entertaining and informative evening was drawing to a close but, with Dave Palmer on hand, there was to be a sweet ending, a tasting of the famous Skillogalee Liqueur Muscat, made like a Tawny Port, the fermentation stopped at the right point (the tricky part) leaving a 25% sugar content. Great nose and great flavours, not at all cloying and with a long lingering finale.

Thanks to Dave and Dianne Palmer, to Birgitta and Siobhan and indeed to Colm and all at Ballymaloe.