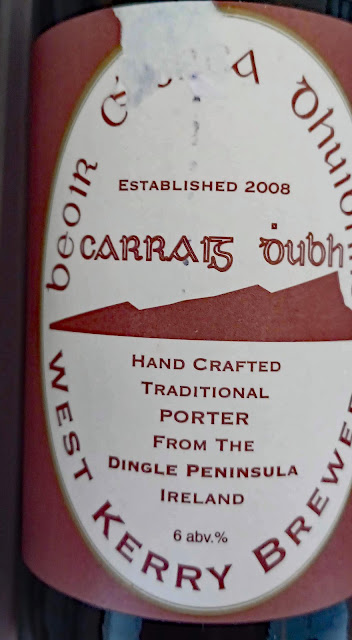 “The original beer was red which became Cúl Dorcha, then came Carraig Dhubh a porter because we like the sound of the word as opposed to stout!” Hard for us amateurs to describe the difference between stout and porter if the professionals chose to call this one porter on the basis of how it sounds!

But agree we can (as Yoda might put it) that this is quite a beer. Smooth, seductive, chocolate-ly and there is no letting go as the lingering finish is along the same lines. One to sip and savour, arís is arís.

How does it look? Well, black as you’d expect and it comes with a quickly vanishing head. Aromas coming from the malt are coffee and caramel. The roasted flavours are on the bold side, and really wake up those taste buds. Lots of chocolate malt here but there is also a balance and it never gets too sweet, just spot on. The aromas and flavours continue to make this a superb experience right through to the finalé. They also do a barrel aged version - must sometime try that!

West Kerry are somewhat unusual in that all their beers are brewed with the same yeast. “Breweries normally match the style of beers to different yeast types, but we like to do it the other way around, and we design the recipe for each of our beers ourselves. But what we like to think makes our beers even more special is our water, which is full of lime and as luck would have it, ale yeast loves limey water, ensuring our beers are flavoursome, and feel round and soft in the mouth.”

It is bottle conditioned and made from malted barley, hops, yeast and spring water “from our own spring”. Traditional, yes. A bottle (or two) would go down well at the threshings I remember - but not too many threshings on farms anymore.

Not only was Beoir Chorcha Dhuibhne the first brewery in Kerry when set up in 2008, but it was the first micro-brewery in Ireland to be founded and managed by a woman, and Adrienne continues to run the brewery ever since.

Remembering those early days, Adrienne recalls “I realised the wonderful potential around developing beers with an intense connection to the ground they were made on … using water from 150 feet below the brewery connects me back to the family members who have gone before us, and in turn they are connected out to the world through the beers we produce here”.

You may enjoy a tour the brewhouse and then a tasting in the pub afterwards or take a technical tour where you get to pick the brains of one of the brewers. More details here.  I’m well overdue a visit to Tig Bhric myself. 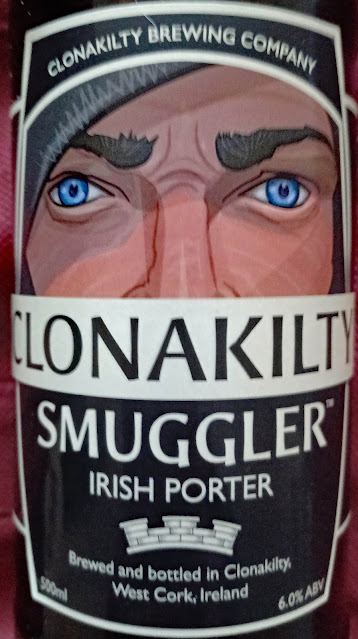 What is the difference between Stout and Porter?

Traditionally, Stout became regarded as stronger than Porter (or was that just the marketing!). Then again, you have Baltic porter, stronger than most stouts (except perhaps those barrel-aged).  No easy answer to the question anymore as there are so many sub styles, so many different brewers and so many variations from brewery to brewery.

Dark stuff this Clonakilty bottle with the startlingly blue-eyed boy on the label. Previously the bubbly frothy tan head sank slowly, but this time it made a rather quick exit (even though I poured slowly, as instructed). I must say, without ever counting them up, that I think the porter heads generally slip away much quicker than their stout equivalent.

Moderate aromas of roast and chocolate as the head sinks another notch, just a thin disc now. And, now on the palate, it is sweet chocolate, coffee too and a medium touch of bitterness all through to keep it all in balance and there is a good dry finish.

They say: We are passionate about making beer with no compromise, brewing small batches with big personality. Using locally sourced grains, the best hops and water from our own well, our beers are handcrafted with care….

Pour slowly for a smooth creamy head. Enjoy at 10-12 degrees. It goes well with dark meats, rich desserts and chocolate, and is delicious and satisfying on its own.

The Deasy family brewed beer in Clonakilty (known as the brewery town) for almost 200 years, including the famous Clonakilty Wrastler. The Deasys also had a legendary reputation as successful smugglers along the dramatic and rugged coast of West Cork.

They, the current brewers, say: We are passionate about making beer with no compromise, brewing small batches with big personality. Using locally sourced grains, the best hops and water from our own well, our beers are handcrafted with care in our Brewhouse in Clonakilty by head brewer ‘Thirsty’ Frank Fredriksen and his team.

Clonakilty is at the centre of such a positive mix of beautiful scenery, amazing food, interesting characters, quirky local stories and strong town spirit. …It also pushes us to brew beer that stands with the best and make the town proud of what we do. 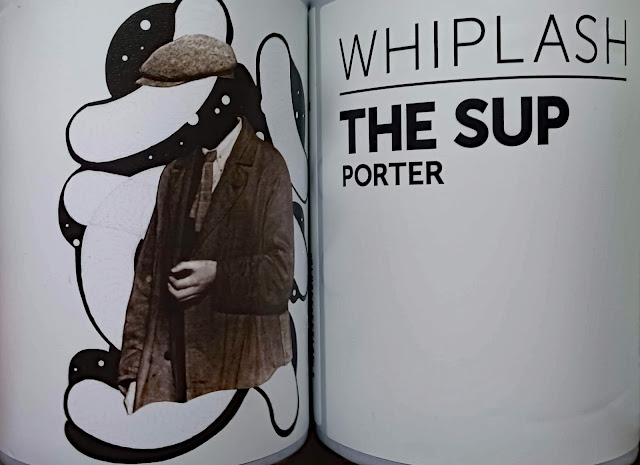 Thought I’d throw this in here (we’ve had it previously) to fill a small gap in the session…..lighter than the stout and with an almost cherry like flavour..a little beauty that sure can speak for itself…

As with many porters, it is more about the malts. They say: This porter has been on our “to brew” list for years now and we decided it was finally time. …... The main star in this is CaraBohemian – a kind of rich and decadent Czech Brown Malt but it oozes fruity Bournville dark chocolate with a hint of coffee in there too.

Not too sure about the Bournville bit; that bar was a favourite of mine (back in the day, before the day!) and I can’t say I recognise it here. Nice soft finish though with a hint of sweetness. Been years since I had a bar of Bournville! Must try one soon.

Bournville or not, this is delicious, quite a sophisticated porter. Should be versatile at the table, morning with pancakes and Nutella, lunch with Smoked Scamorza by Toonsbridge, evening with a few squares of a certain chocolate.  Or perhaps any time, with just a few of the Apple Farm cherries when they ripen next summer!

The traditional colours of porter are here: black body, tan head (that sinks away). Aromas are very much in the tradition as well, especially the slightly roasted chocolate. Chocolate, coffee and caramel feature also in the flavours.

This is quite a combo actually, really well executed by the Icelandic brewery. Toasty and rich, with a smooth punch on the palate plus a very satisfying finish indeed, it is quite a porter. Had been a little sceptical about this small can but now it is a big thumbs up.

The headings on the can don’t mention it but this is the brewery’s take on a Baltic Porter, though it is mentioned in the text. So this take is out of a direct comparison with the other porters in this quartet.

They say: Aromatic Icelandic roasted coffee subtly bands together with toasted malt undertones to create our take on Baltic Porter..What is a Baltic Porter? The rise in popularity of the English-style Porter took over shipping ports around the world in the 18th century. It primarily gained recognition when it was introduced to London's working class, the porters, who loaded ships and traded with the Baltic states. As this popular style reached the Baltic region, local brewers tried their hand at this famous recipe, but this time with a local twist. Since the native climate of the Baltics was measurably cooler than England, brewers began using lager yeast to ferment their porters instead of ale yeast (which typically ferments at higher temperatures)……Lager malt, Munich malt, chocolate malt, Bavarian Northern Brewer hops, and authentic Icelandic roasted coffee.

Food pairings suggested are: Rich and roasty notes bring out the best of steak, lamb chops, game and roasts.