Organic farming is a way of life for the Ambroise family since 2013. Once upon a time, Bertrand was front and rear at his Premeaux-Prissey vineyard. He was the boss. Now his children, Francois and Ludivine, have taken on the business and Bertrand says he, no longer the boss, now works for them. He is glad to have them share the load, allowing him the freedom to concentrate on making good wines, such as this pair, made and named for his granddaughter.

Daughter Ludivine has said the move to organic viticulture is one of true belief as she lost her grand-father due to illness caused by chemicals used in the fields.Take a taste of their Nuits St Georges ‘Les Haut Pruliers’ to see where they are heading. This is a faultless wine with an astounding finalé and is also available from le Caveau. 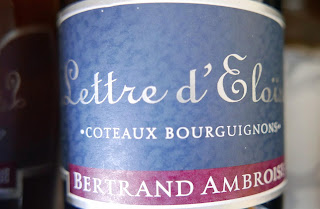 In Cork, earlier this year, Bertrand told me that this Pinot Noir is fermented in mixed-age 400 litre oak barrels, he doesn't want oak influence here, so no new barrels are used.

It has a  mid-ruby robe. Plums feature prominently in the bouquet. The palate is full of pure fruit, firm tannins there too, along with a lively acidity and that focused combination plays all the way to a classic faultless finalé. Much has been squeezed from the parcels of poor soil and, lovingly guarded every step of the way, much remains in the bottle. A gorgeous well-priced wine, one of his thirteen Pinot Noirs, and Highly Recommended. 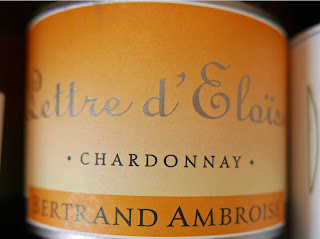 The fruit for this excellent Chardonnay, one of nine produced by Domaine Ambroise, comes from young vines. It is fermented in barrels of different ages (one, two and three years old oak), not fined and only lightly filtered.