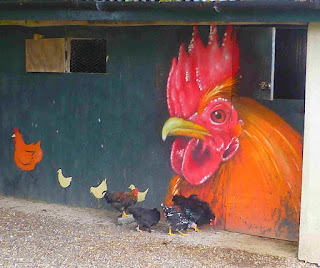 My chickens are gone woeful fat. Eileen says I leave them in too much corn altogether. She doesn’t know that I also pick big caterpillars off the cabbages and feed them to the old fatsos. They see me coming and get into a right flap. They’re the fattest, happiest chickens in Ireland, I’d say. I’ve a daughter too, you know. I can’t bear talking to her any more. I used to think she was the bee’s knees, but now I’d rather feed caterpillars to chickens than talk to her.

from The Spinning Heart by Donal Ryan (2012) Highly Recommended