Ballinwillin House & Farm. Where the deer and the wild boar roam.

May 30, 2016
Ballinwillin House & Farm
Where the deer and the wild boar roam 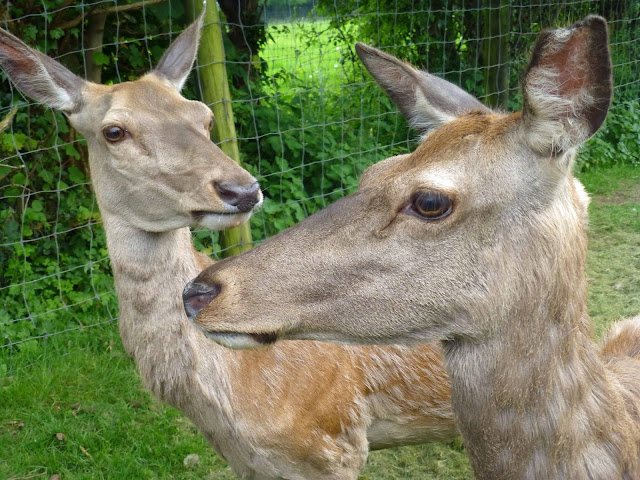 We are in a country town. We have been feeding the deer and checking on the goats and Wild Boar pigs. Time now for a drink in the Hungarian wine-cellar. A red, appropriately named Young Bull, goes down well. It is made from the Hungarian grape Kékfrancos.

Back to the main house now for dinner which will start with a plate of charcuterie, all from the farm. The mains will feature both venison and pig. The southern town is Mitchelstown and we are having the time of our lives in Ballinwillin House (built in 1727 by the local Earl of Kingston for the famous agriculturalist Sir Arthur Young).

When we arrived in the late afternoon, we were welcomed by Patrick Mulcahy. Patrick and his wife Miriam have been owners since 1985. The estate once had 1240 acres but the Mulcahy’s are doing very well indeed with 162 acres, divided into various parcels. In 1985, they started with the house and 16 acres.


The first thing you notice when you come through the gate is the herd of deer in the nearby field. Patrick told us the original deer were brought in from Hungary and there are now 850 of them. The field we were looking at had about twenty five, a “small harem” for the single stag. What we didn't see though were the first of this season’s “babies”. Just born and about the size of a hare, they were hidden away in the long grass of a far corner by the cautious mothers but they will be out and about in a few days.
After that we were taken to see a small herds of goats and then the Wild Boar pigs and their young. To see more about the Wild Boar and how they came back to Ireland check out this Ear To The Ground feature on Ballinwillin.


Patrick, from West Limerick originally, has some more “ordinary” animals too, including cattle. We saw a mother and her newly born twins. The birth had been very tough on all three but tender care and no little muscle from the Mulcahy's saw them all pull through. They were on the point of calling the vet but didn't have to. Indeed, the vet is rarely involved here as the operation is organic and healthy.
And those healthy meats, most of which are sold online by the way but also to hotels and chefs, are used in the house for entertaining. They have nine rooms for B&B, six of them in a courtyard and three in the house itself. They also entertain groups with a convivial start usually made in the wine-cellars built for Patrick by some of his Hungarian friends.

He has made many friends in Hungary over the years and that is how the wine came into it, a wine that is now combined with the other produce of the farm. His wines in Hungary are bottled under the Chateau Mulcahy label and there too you’ll see a deer silhouette. The wine names are usually in honour of relations or friends: Clos de John Patrick, Amy Rose, South Winds (after a friend’s house).
The Kékfrancos is a native Hungarian grape but most of the others are the familiar international grapes such as Chardonnay, Merlot (for the rosé), Sauvignon Blanc, Cabernet Sauvignon and Cabernet Franc for example. All in all 14 wines, including a dessert one, are available so you’ll have plenty of choice either in the atmospheric cellar or in the dining hall.

The cellars are dimly lit and not very big but that just tends to get people closer to one another, all the better to smile and chat and laugh. You won't be checking the colour of your wine - but you sure will be enjoying it and the occasion. Indeed, you may book a cellar visit as a standalone.

The high roofed dining room was our next call - we were with a group of about twenty from the Munster Wine & Dine. Starter was a generous plate of charcuterie, all from the farm, all delicious.


Hard to beat the mains. Miriam is well able to turn her hand to virtually any hearty meat dish and on this occasion we enjoyed a five star Venison Bourguignon with all the trimmings. About halfway though that, a stuffed fillet of Wild Boar was added to each plate. More wine was ordered and we were on a roll! 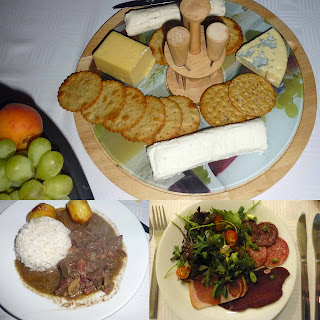 Dessert, Miriam’s Raspberry Cake, arrived in due course.  Then a little sing-song broke out - Patrick chipped in with There’s An Isle - and it was a very happy gang that trooped into our bus back to the city. 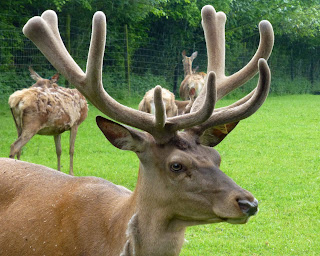 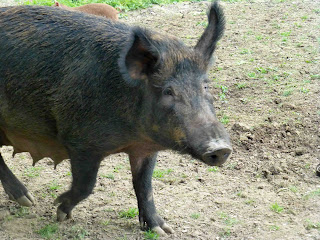