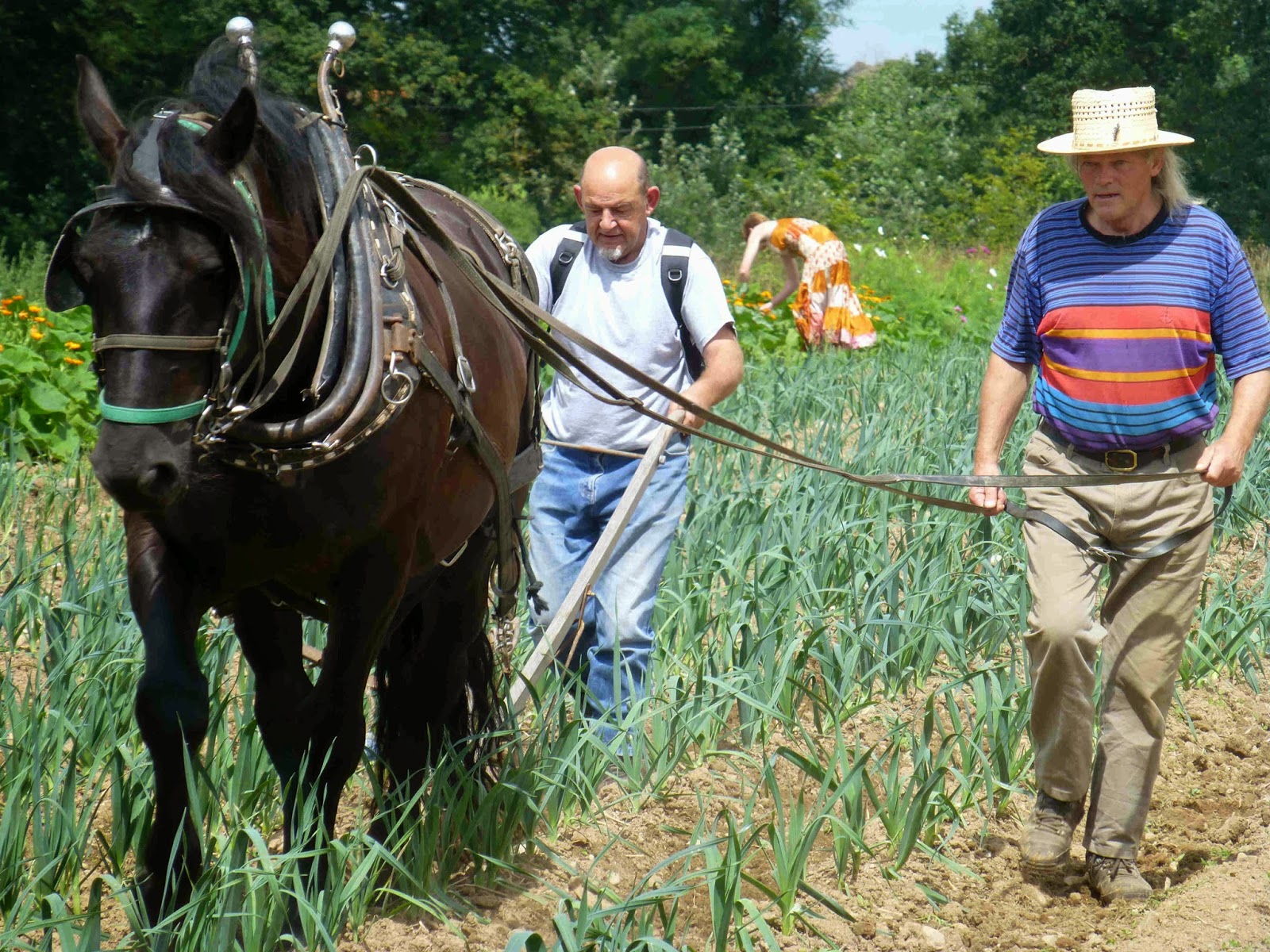 The Slí Eile Farm was the venue for a lively Harvest Festival on Sunday. The Churchtown event had something for everyone: lots of food stalls, advice (on organic growing, men’s sheds), a dog show, entertainment (bouncy castle, pony rides, penalty kicks, archery and more) for the kids, while the adults were entertained with some old fashioned farming, a thatching demo, and music.

No shortage of parking and just as well as there was a great turnabout on a lovely day in North Cork. Our first priority was something to eat and we found it quickly. A rustic restaurant had been set up in the environs of the barn and the smoke was rising from the grill. Soon we were sitting and enjoying a delicious organic burger from the farm itself.

Time then for an enjoyable stroll around the yard of Burton Park where most of the stalls were situated. The farm itself had a stall with vegetables, jams and apple juice and fund raising tickets were on sale as the music and the conversation flowed. 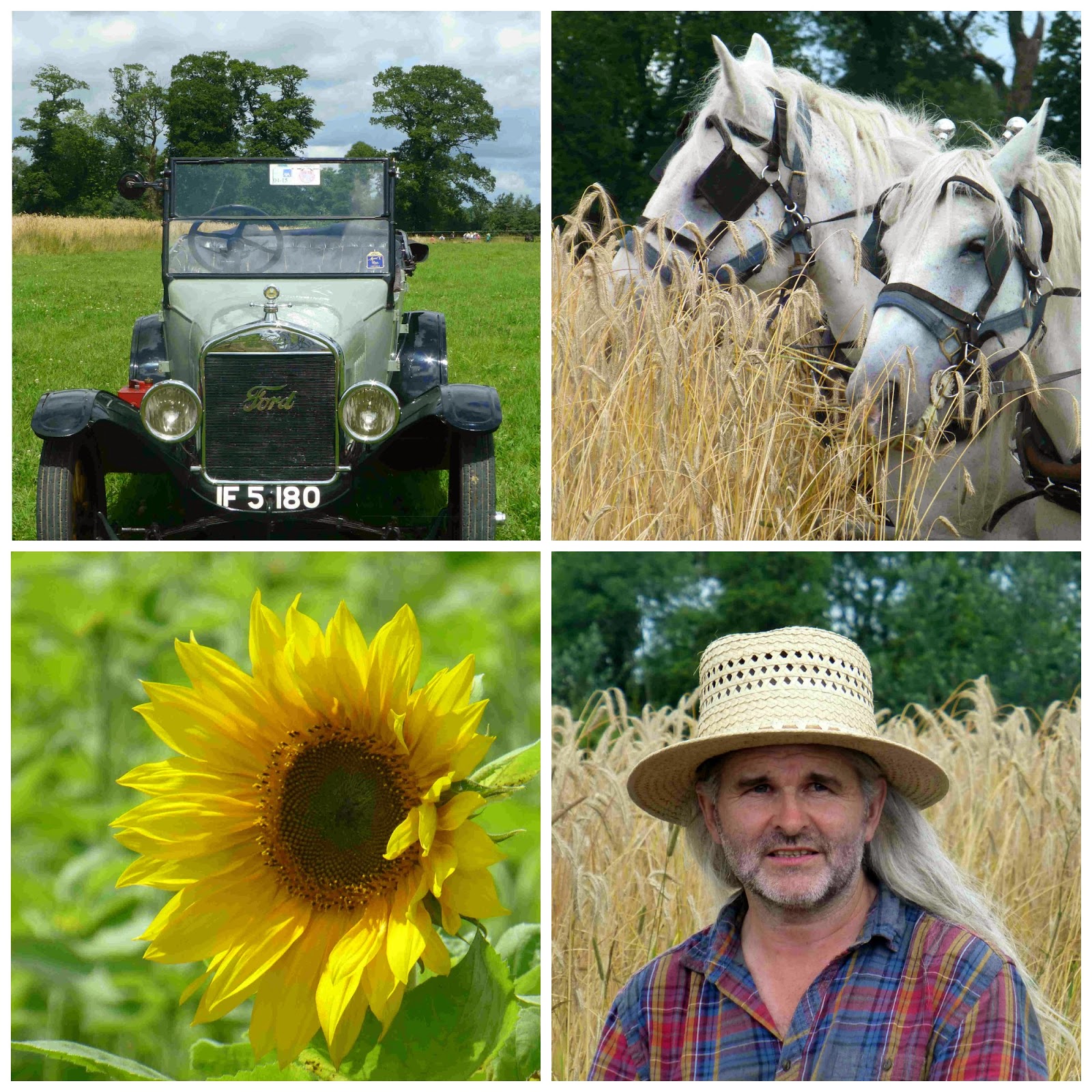 I had missed Bluebell Falls cheese at Killavullen last week and so was glad to get a tasting this time and came home with their lovely Honey, Garlic and Thyme Goats Cheese. The Golden Vale has been the traditional home of Irish cheese and isn't it about time we had an artisan cheesemaker from the area. Well done to all concerned. Be sure to check out their website above for their products and recipes. 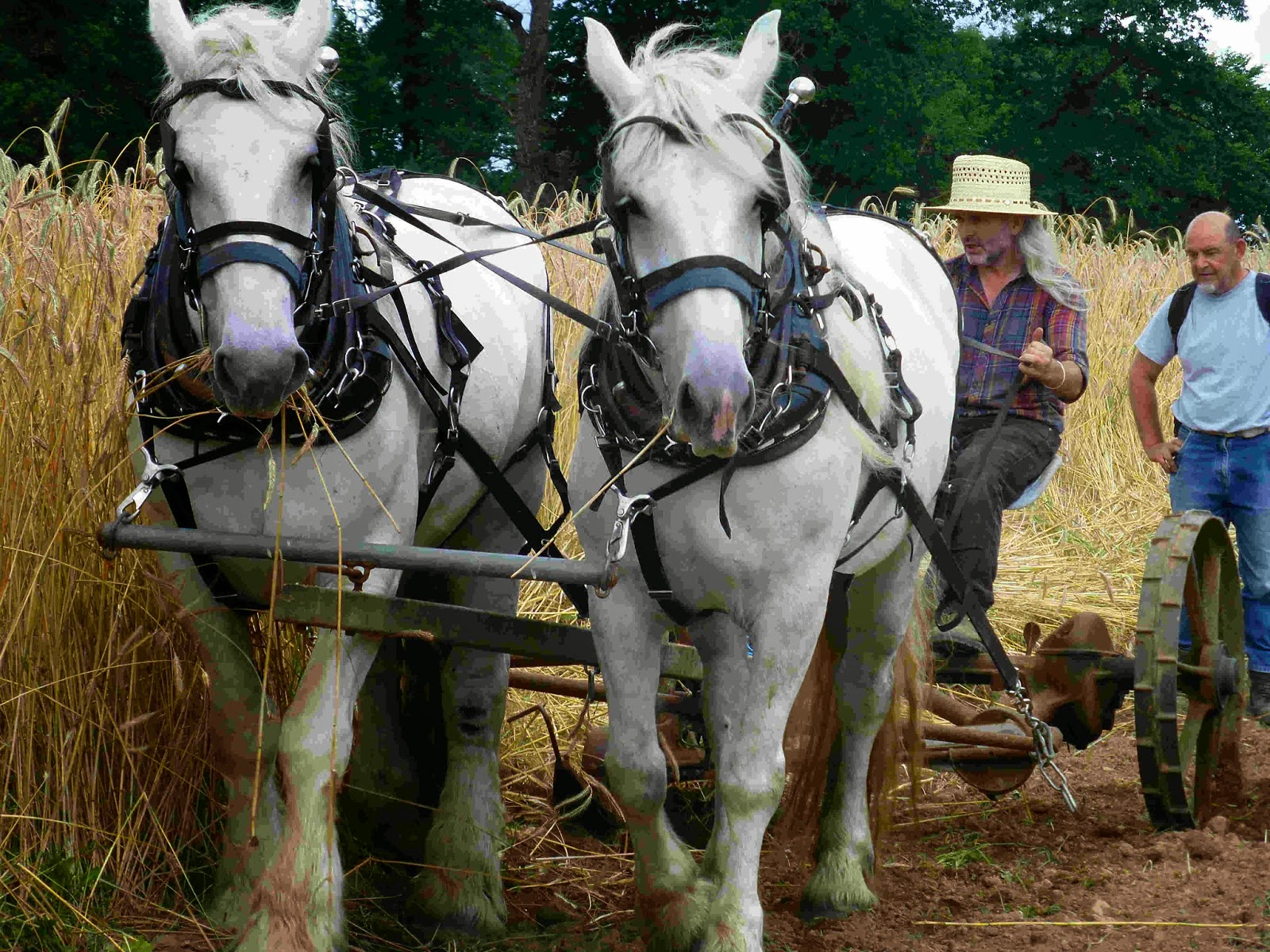 Now we were in the kitchen gardens, where all kinds of healthy looking vegetables grew, both outdoors and under the polytunnel. Continued the walk past a collection of vintage vehicles and soon we were in the fields. 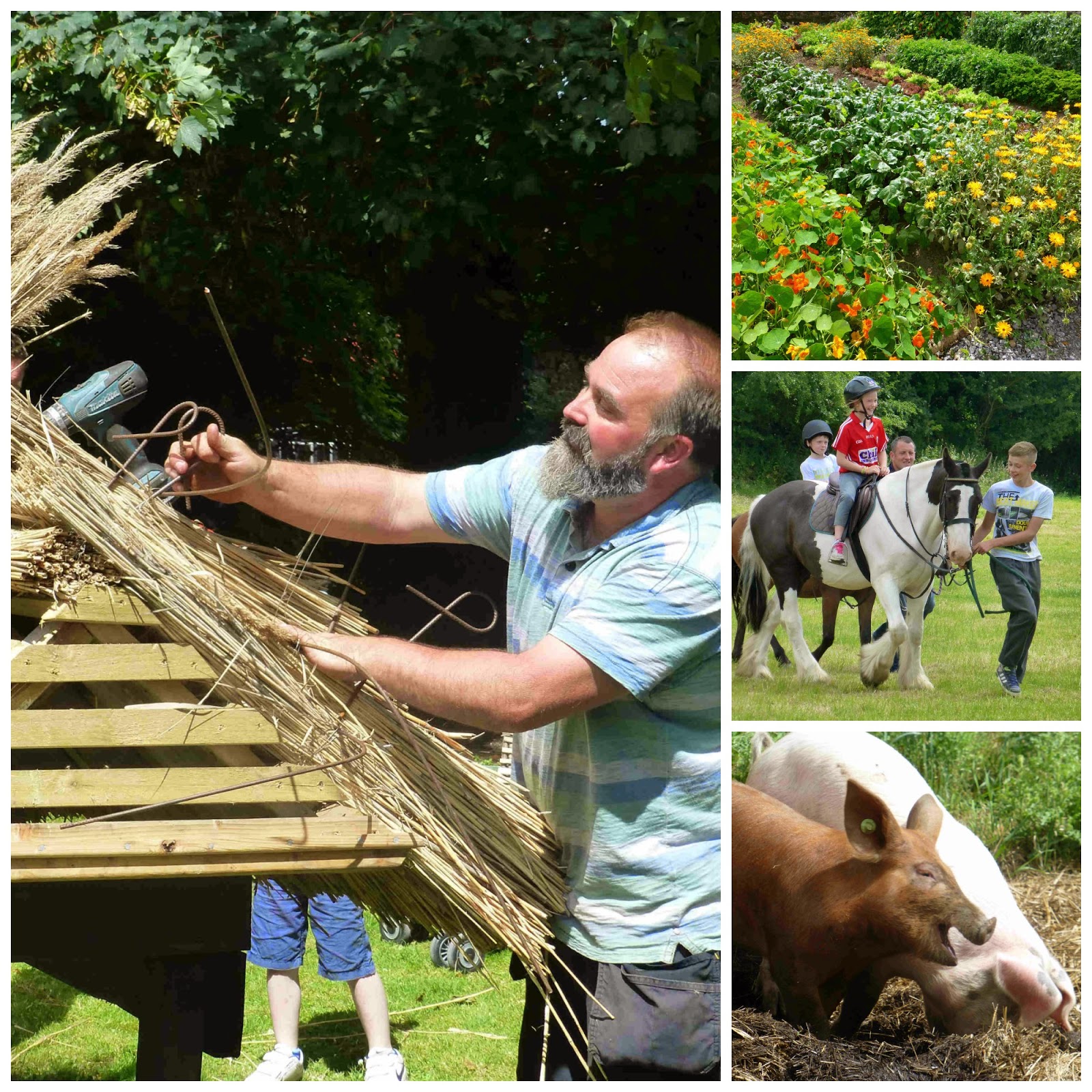 And here the beautiful big horses were hard at work. A pair of greys, harnessed to a reaper, were cutting the corn, stopping every now and then for a tasty munch! Behind, the workers were busy making sheaves of the corn. Saw one sheaf tied in the traditional way but most were being secured with a blue twine. 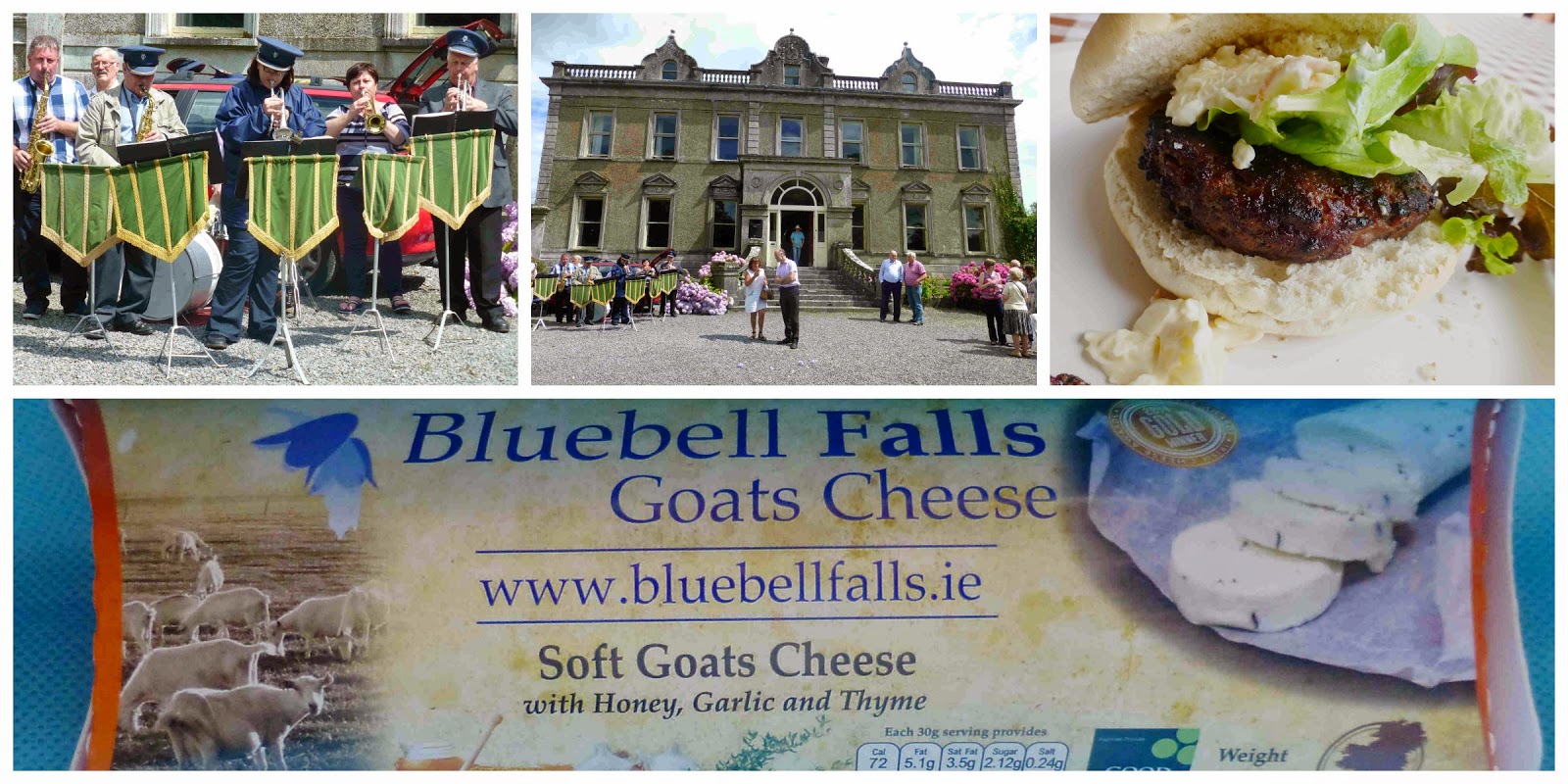 Nearby, another large horse was being guided up and down between the drills and his attached scuffler was uprooting the weeds. Perhaps the guide and driver were needed but that big dark horse showed neat footwork as he worked the narrow spaces without standing on the plants. 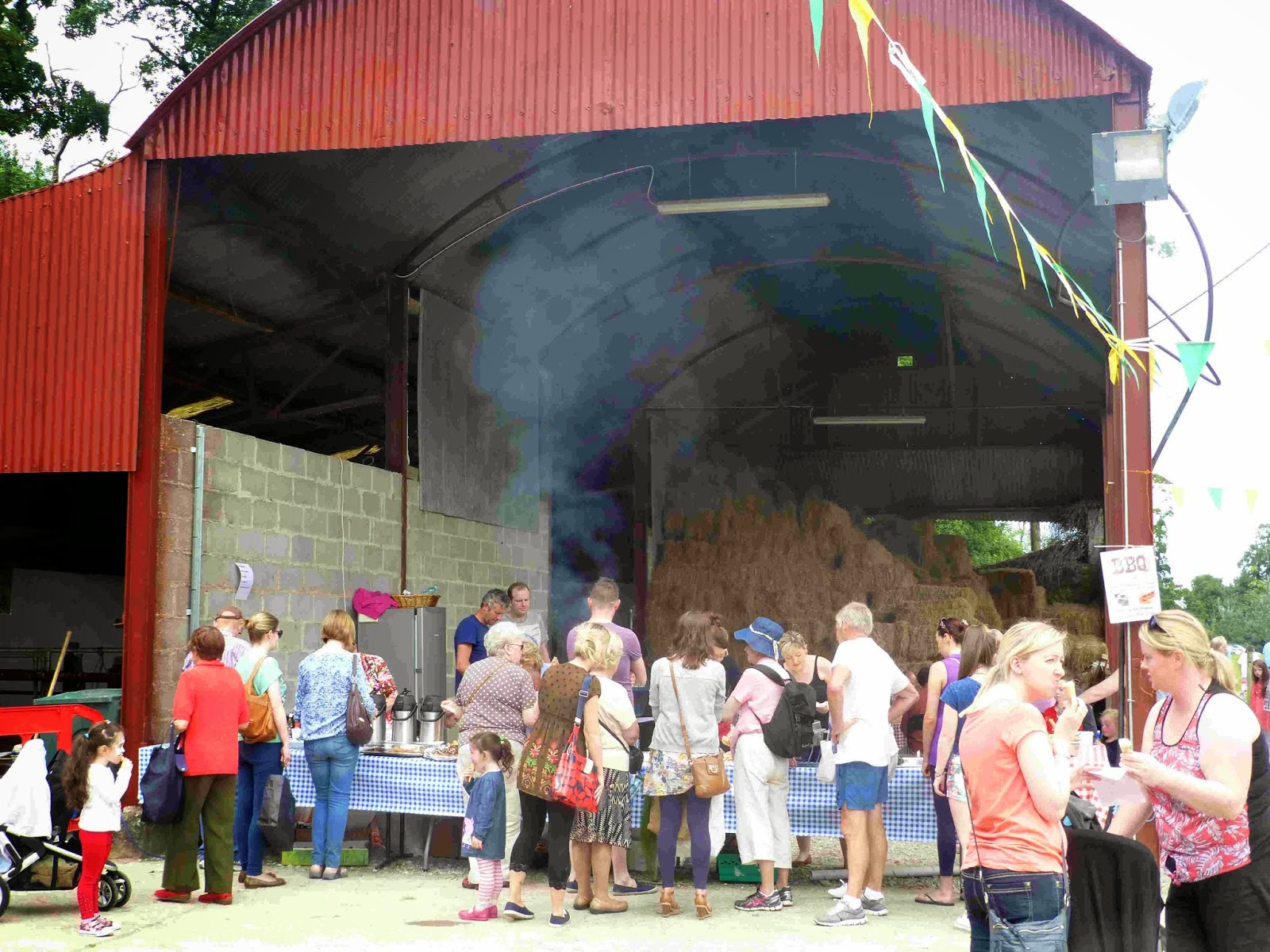 What a refreshing change of scenery for a Sunday afternoon! And what a refreshing place Slí Eile is. The aim of the Slí Eile approach to recovery through community living is to provide another way of supporting people to recover from their experience of mental distress. A great afternoon and a great cause. And, those of us, of a certain age, who remember innocent people consigned to the loneliness of dark corners, will surely agree. Check it all out here.

And there will be another festival in Churchtown soon. The local development association hosts the Churchtown Fine Food and Craft Beer Festival on the 8th to the 10th of August. Keep an eye on Facebook for further details. 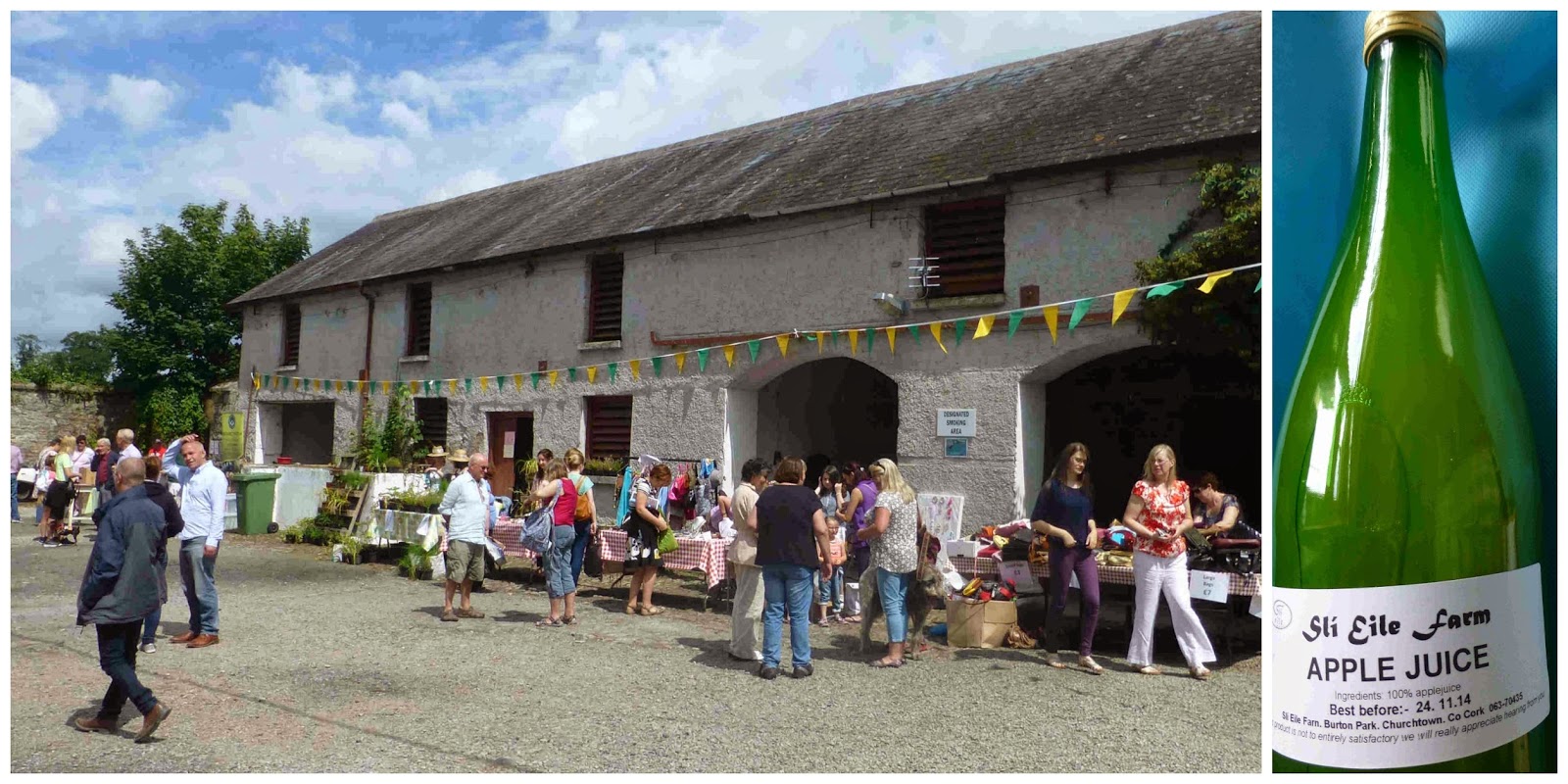