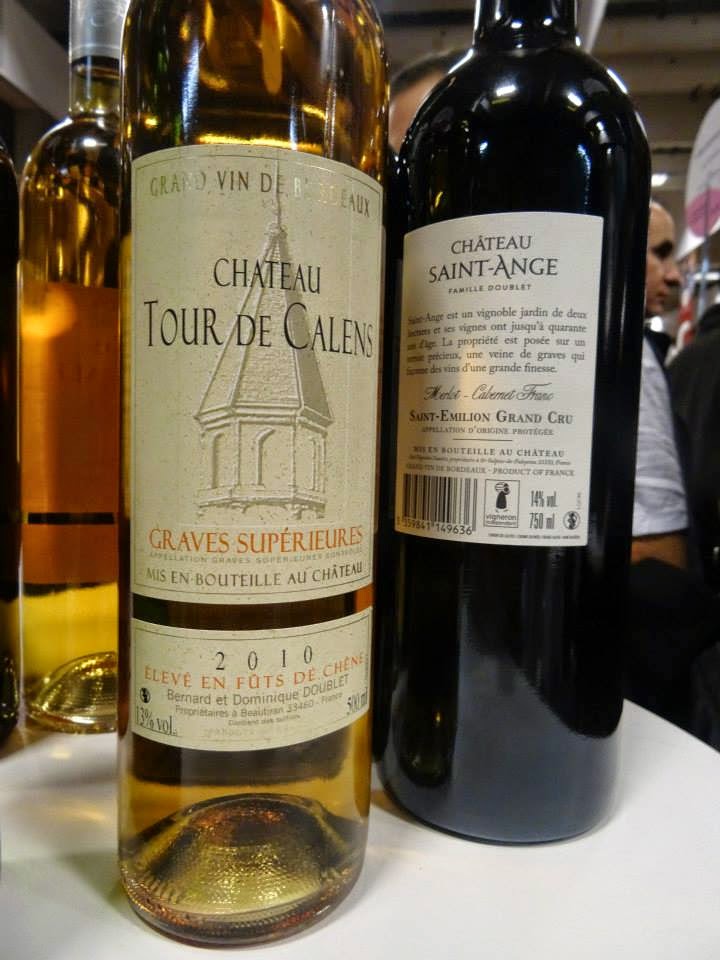 The big sweet wines of France are pretty well known. Sauternes will top most lists but next door in the Dordogne you’ve got Monbazillac. In the Loire, they’ll boast of their Layon and more.

But the French do make many sweet wines, not all as intense as those previously mentioned, and you'll find gorgeous and versatile moelleuxs (semi-sweet), such as the white of Jurancon and the red vin doux naturel (naturally sweet) of Rasteau, all over the place.

I was up and down Bordeaux’s left bank a few times recently and, of course, a call to Sauternes (what a tiny little place) was on the cards. Before that though, I made a couple of visits to the Maison des Vins de Graves in Podensac and got educated.

While Sauternes (and its entwined neighbour Barsac) are on the left bank, their wines were not on sale in the Maison. But that doesn't mean there is no sweet wine produced in the rest of the area. Indeed, there are quite a few and they are labelled Graves Superieures.

I got to taste a few of the fifteen they had in stock, including Chateau Rougemont 2006 and Chateau Cherchy Desqueyroux 2011. Enjoyed both and also the winner of their 2013 Gold Medal for the category, Chateau Brondelle 2011.
But the one that caught my sweet tooth was the Chateau Tour de Calens 2010, the category winner in 2012. “This is the exception that proves the rule,” said my hostess as she poured. All the others are from land adjoining Sauternes or Barsac to the east (where you'd expect the Botrytis cinerea mould that gives the sweetness to occur) but the Calens is out on its own in the west. It is produced on the bank of the Gironde in the environs of the town of Beautiran, closer to Bordeaux itself than to Barsac.

The Doublet family are the producers and offer both Red Graves (75% Cabernet Sauvignon) and White (a blend of Semillon and Sauvignon blanc). In exceptional years, “a few feet of vines, harvested in late fall, allow the development of the Graves Supérieures : a soft sweet wine with a rich palette of candied fruit”.

I bought a few bottles and one made it home. Sipping it now, the €8.80 I paid for the half litre was money well spent. But where will the replacement come from? Pretty sure it is not on sale in Ireland.

* There are a few ways of producing sweet wines. Noble Rot (Botrytis cinerea), as in Sauternes, is probably the best known. The other main method is Late Harvest (Vendage Tardive), used in Alsace for example. Read more on the subject here.