Bunnyconnellan's Michael off to Amsterdam 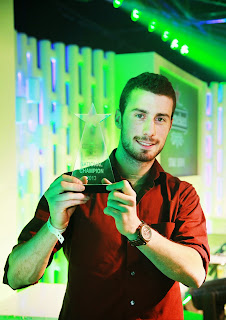 Michael was elated with the news “I’m absolutely delighted. I take real pride in my job and put passion into giving good service so having that recognised by Heineken Star Serve is a true honour!”
Representing his country on the global stage doesn’t faze the Cork man in the slightest - “I can’t wait! Being hosted in the home of Heineken and getting to pour the perfect pour in the place where it all began while representing my country is a once in a lifetime opportunity and I’m going to enjoy every minute.”

Michael wasn’t the only Cork hero however. Local Cork bars shone brightly on the night when The Blarney Castle Hotel and John O'Sullivan's Bar  picked up special awards for demonstrating Best Customer Service Experience in the industry while SoHo and Barry’s of Douglas Bar scooped the Best Star Serve Bar awards. Well done to all and best of luck to Michael!