A smooth, savoury triumph from Portugal 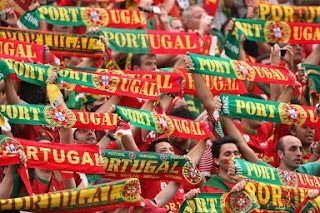 From land once owned by a beer magnate, a mixture of local and French grapes and the expertise of winemaker Jamie Quendera has produced a rich full bodied wine. Flavours of dark fruits abound, there is a hint of spiciness and a grippy acidity.

This has been a very consistent wine over the past few years and the impressive red comes at a terrific price. “A smooth, savoury triumph!”, according to Curious Wines, and I whole-heartedly agree. They sell it at €10.99.

The grapes are Castelão 40%, Syrah 40%, Cabernet Sauvignon and Alicante Bouschet 20% and it is aged for four months in French and American new oak barrels. The wine is imported by Wine Alliance. Very Highly Recommended.

The story of the Setubal coop Pegões, founded in the 50s and rocked by the revolution in the 70s, is very interesting .Below is a little taster that you may follow up here.

It all started when the big landlord and beer magnate, José Rovisco Pais, donated his Pegões properties to the Lisbon State Hospitals. On these properties, the Government implemented a large “colonization” project, donating land to thousands of agricultural workers and directing the plantation of 2900 acres of vineyards. These workers became known as “Colonos”. The Cooperative was established on March the 7th 1958 in order to give technical and logistic support to the “colonos”. Part of the support consisted in the reception and processing of their grapes. The first Pegões wines were then born.