A WORLD OF COFFEE


A WORLD OF COFFEE


Joined the Robert Roberts Connoisseur Coffee Club at the start of the year and have enjoyed the experience so far. A new pack arrives every month and the cost, paid upfront, works out at about four euro a pack.

A high standard was set by the first one in January, a medium strong Brazilian Bruzzi and the packs that followed, which came from all over the coffee producing world, maintained the high standard.

Next came the unusual Monsoon Malabar  from India followed by the more delicate Sigri A  from Papua New Guinea.

April saw the arrival of the Columbian Paraiso followed by a purple patch as far as I was concerned starting with the Malawi Mzuzu AAA. 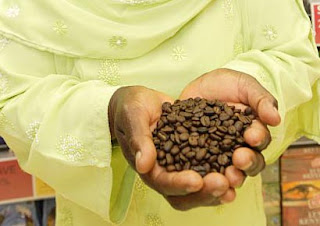 That means an opening later on today of the October pack which comes from Kenya and is named the AA Mweiga Estate. Gareth Scully, the Master Blender at Roberts , is very happy with this very aromatic full bodied cup and he hasn’t let us down yet! Looking forward to that!
Coffee Robert Roberts