Amicus on Paul Street is one of the unsung heroes of the Cork food scene, just quietly and efficiently getting on with the job over the years.

Called to the popular venue the other day for a bite of lunch and saw its popularity at first hand, feeding everyone from singles to family groups. I have been aware about its attraction to families as one of my daughters often sings its praises, finding the staff so helpful when she appeared with two smallies and a big buggy.

It was established in 2001 by Robert and Ursula Hales with a mission to provide guests with flavoursome dishes, freshly prepared using locally sourced ingredients, with a service that is friendly and efficient, in surroundings that are bright modern and welcoming. They score highly on all counts!

Amicus is open seven days a week serving breakfast to dinner and everything in-between. Fully licensed they have a well-chosen wine list, house infused cocktails and a selection of craft beers and ciders. 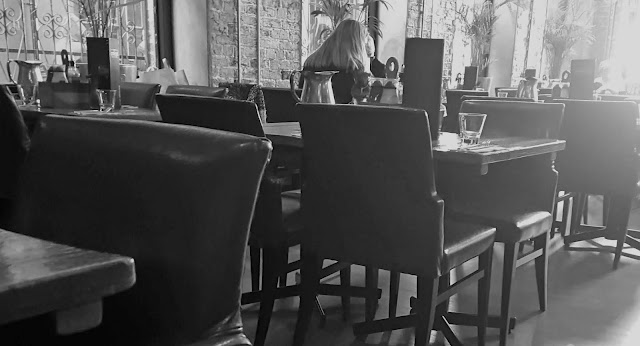 They have their own allotments and support local suppliers including the English Market. And local breweries and ciders, including, Cotton Ball, Franciscan Well, Heineken and Stonewell are also supported.

So back to our lunch. We were in early, maybe a dozen or so ahead of us. But, within 20 minutes, downstairs was full (maybe 70 covers, I’m guessing) and then the staff began directing customers to the upstairs room. I reckon by one o’clock, they were serving over a 100 and doing it with efficiency and friendliness. You just had to admire it, especially the guys flying down the stairs with three dishes full!

Just like the restaurant itself, the menu is large (and there is also a well-priced Express Menu for those in a hurry). We were in no rush and took our time to check out the soups and starters, the sandwiches, the specials (on the wall), the burgers, the sharing boards, the salads, the pastas, the pizzas, the panini, the main event, and the sides, the desserts, and the drinks and more! You can see why families would make their way here, something for everybody! 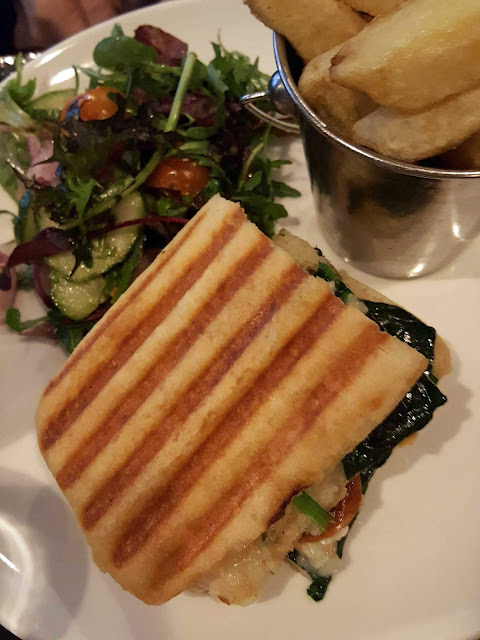 So what did I have? Eventually I settled on the Chicken Creole: Sliced Chicken Tossed in Creole Sauce, in a Pitta Bread Served with Salad & Home Cut Chips, all for 11.50. And it was top notch, top quality chicken and no shortage of it, the sauce nicely judged, enough to make a lively difference and not at all overpowering. A classy salad too and the same would be said of the chips, crispy enough on the outside, soft and inviting inside.

And CL more or less had the same salad, certainly the same chips, with her Panini which was packed with Sun-dried tomato, spinach, pesto and goats cheese. I got a few bites of it towards the end and was surprised it was so good, so full of flavour. Quite a feed for just €7.95.

By now, a short queue was seen by the door but the staff were managing it very well and no one seemed to be waiting that long. Despite the large numbers, the servers still had time to check back and ask how things were going. Even when paying, the guy at the till (also keeping an eye on the  queue) was able to point to our table without hesitation and produce the correct docket. You just had to say chapeaux! Would have taken my hat off, had I been wearing one.