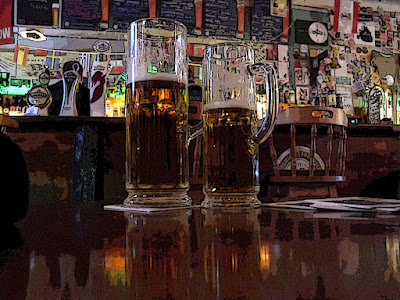 William Ladd also commented on the class differences in beer drinking:
But houses such as most of yours which sell any quantity of draught porter are not the places where a large sale of ale is likely to take place, as it is used by a very different class of customers who usually avoid the other. One house in Patrick St. district would sell more ale than 10 in Barrack St., while the exact contrary is the case with draught porter.

from Beamish & Crawford, The History of an Irish Brewery, by Donal Ó’Drisceoil and Diarmuid Ó’Drisceoil (2015). Recommended.
#AmuseBouche amuse bouche