Beer FAQ. All that’s left to know about beer.

December 05, 2016
Beer FAQ
All that’s left to know about beer.
Beer FAQ, by Jeff Cioletti, packs a lot into its 400 pages. It claims to be a no-nonsense guide to the world of beer, answering many burning questions about the diverse array of styles, ingredients, and international brewing and drinking and the traditions that drive the world’s most celebrated beverage.

And it certainly does that. Just be aware that this is an American publication so you’ll see the odd geographical faux pas, like placing the University of Sunderland in Scotland. Generally though the contribution of the old world, especially England, Belgium, Germany (he suggests that Munich is not the “beeriest city” in Germany, giving that accolade to Bamberg) and the old Czechoslovakia is handsomely acknowledged before the big statement (pretty well backed up) in which the origin of the latest wave of craft brewing is claimed for the USA.

And since the US is our next parish, we do have an interest there as residents, relations, visitors, drinkers and importers. Many of the US beers - Sierra Nevada and Brooklyn Brewery - have long been favourites here.

In a chapter titled The Birth of Beer, Jeff says that beer, “for both the Romans and the Greeks, was the beverage of barbarians”. Long after the fall of the wine-drinking Roman Empire, beer “was considered an underclass drink”. 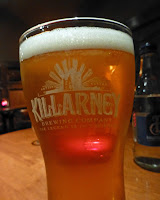 Later on, the monasteries took a hand and started to brew beer, “a central form of sustenance when you couldn't trust the water”.  Later, science and the industrial revolution would play major roles in spreading beer globally.

He delves into the history and the different types of hops, concentrating on a few including Cascade, Hallertau, Simcoe and Sorachi Ace. You can learn too about malt and yeast. And the various styles of beer.

Beer in the New World is covered in great detail, even recalling some old advertisements, many of them openly sexist. Remember “Mabel. Black Label” and the subservient doting wife. Some detailed insight too into the renaissance of American beer that was led by the craft revolution. In 1873, the number of US breweries reached 4,131. In 1941, it was down to just 857 and stayed around that mark until 1995. Now there are close to five thousand! 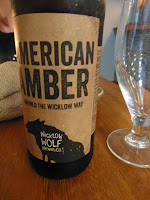 The breweries that were prominent in the rise of craft are detailed. Anchor Beer, Boston Brewing and Brooklyn are included. By the way, did you know that Brooklyn have partnered Carlsberg in two breweries, one in Sweden, one in Norway.

And Jeff poses the question: “but what exactly defines ‘craft beer’? That answer is a little complicated”. He gives it a few pages, pointing out that micro-breweries, by their very nature start out small and some then get large. Can a large brewery be a craft brewery?

The author looks to his colleague John Holl who has written an editorial in the March edition of the All about Beer magazine with the title: “Craft Beer is Dead. Long Live Craft Beer!” Holl went on to write that the simple five letter word “has caused so much ‘confusion, blind passion, and confrontation’”.

“Most people silently agree with me,” Holl reveals. “It’s a word that’s been fraught with all kinds of baggage. It’ll continue to change. Most brewers simply are thinking of making beer of exceptional taste and quality.”

Cioletti claims that beer is a better match with cheese than wine. “..cheese’s fat content coats the palate and beer’s carbonation scrubs the palate clean, preparing it for the next course.” In fairness he also acknowledges that sparkling wines can do the same.

Pizza, pasta, burgers and Barbecue have been the traditional invitation to open the beer. But go that bit further, Cioletti suggests. Try a delicate beer, a Belgian wit for instance, with sushi.

And then he moves on to fish in general, including crustaceans - “stouts are a winning match with oysters”, “spicier options with crab”. Porters and stouts are “quite comfortable” with stews. “..now, if we’re talking..beef Carbonnade, which usually has a wine base, consider something on the sour side..” If you’re on a wild game stew, “the strong flavours should harmonize with something on the wilder side: perhaps a saison with brett.”

There are chapters on pubs in the US and around the world (just one in Ireland, Dublin’s Against the Grain, gets a mention), on beer in films and TV (think Jaws, Cheers), on containers including cans (started in 1935!), on beer cocktails, and a nod (a small one) to Kindred Spirits eg cider, mead and spirits.

Quite a tome if not quite the encyclopaedia, packed with info and insights from leading figures over the decades, something here both for the beer beginner and the expert.

Beer FAQ is “the ultimate primer for getting better acquainted with the world’s favorite adult beverage” and is published by Backbeat Books. Available at Amazon for £17.95.