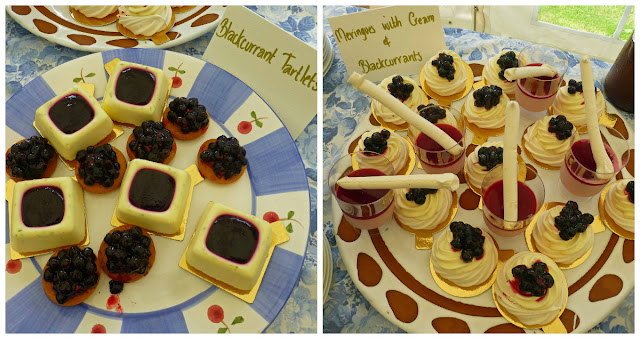 The harvesting machine moves slowly through the rows, a crew of five in attendance. It towers above the plants. But it is a gentle giant.

We were in the blackcurrant fields of the Jeffares in County Wexford watching this amazing mechanical harvest, amazing to those of us who, many moons ago, picked the crop by hand, accompanied by mothers and siblings and neighbours. The younger kids often got the worst job, going through the bushes for the paltry remains after the main picks had been done a few days earlier.

Des Jeffares reckons the machine is kinder to the bushes than the humans! Of course, back then the bushes were separate entities with their own space, so the pickers could access the fruit from all sides. Nowadays they are planted in “drills”, the only space is between the drills, none between the mature plants. But when the machine is finished with a row, you notice hardly the difference between it and one that has yet to be harvested, expect of course the absence of fruit.

The big machine handles the plants very gently as it pushes through the row and picks, any leaves and debris gathered are directed off to the side and the fruit comes out the back where the crew watch it loading onto the boxes. Mechanised or not, it is still quite a slow process and they are lucky to get two to three acres picked in a good day.
Des has seen it all. The family have been growing blackcurrants here since 1955 but it is only now that they have taken full control of the process after the harvest. The first product was on show at Ballykelly Farm last Tuesday. And that Mr Jeffares Blackcurrant Cordial is fabulous.

I had tasted a couple of the currants in the field and the cordial is a true expression of the fruit, a great purple colour with fresh and vibrant flavours, a refreshing thirst quencher at any time. The fruit is respected and they do not add any artificial colour, flavour or preservative.

Cut it with water and it is fine, mix in some sparkling water and you'll have a thirst quencher supreme. But don't rush, at least not always. Sit back and enjoy it mixed with apple juice, perhaps something stronger such as gin or even stout. Check out all the amazing drinks on their website.

Many of the drinks were available in the marquee at Ballykelly and we were well fed too and blackcurrants featured there as well. It was added to a salad dressing, featured on some roasts, and was especially attractive in the desserts, just take a look at the pics! Amazing stuff! I’ve often said that producers should add recipes to their site and the Jeffares have done that and more. Please check it out and make the best possible use of their amazing product which is widely available at these stockists. 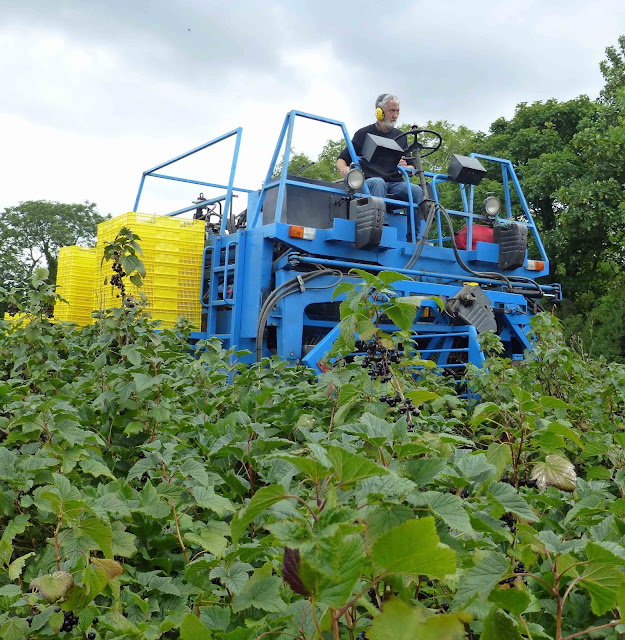 Des and Margaret Jeffares have put a lot of thought and work into this. In the same way that craft brewers are opening new doors to flavoursome drinks, so the Jeffares are at the cutting edge of what could be a new wave of Irish fruit based drinks. A fruit drink for adults, someone said. No denying that but the kids in the marquee were enjoying it too.

Let us get behind Ballykelly, and make it a success that can be emulated by others around the country. Make the best use of the fruits that grow here: apples, strawberries and blackberries to gooseberries, loganberries and raspberries.

It is not an easy route, patience and capital are required. You won't get a decent crop from your blackcurrant bushes until they are four years old and they'll have to be replaced every fifteen years (or earlier if disease strikes). Pruning is a major annual task. And then, like the wine and cider maker, you get just the one chance per annum to get it right.

But, it can be a very sustainable way of farming. Des: “We try and work as best we can with nature. We allow for the birds to take a share. Indeed, these sheltering trees around the fields help the birds and we also have many nesting boxes, 70 or 80 per cent used, placed around the farm. We also have some bird scarers in place!”

He explained that they encourage the local hawk population, to keep a natural balance. And they also have hedgehog habitats scattered around the 100 acres farm. Lots of grass cover in the fruit fields and under it their biggest pest, the vine weevil, can flourish. But so too does a certain predatory beetle that feeds on the weevil. Birds and hedgehogs also fancy the weevil. Nature at work!

Not all the one hundred acres is under fruit. There has to be crop rotation and we saw quite a bit of barley. Des says that Mustard is a great crop to plant in the rotation and is very excited about it.
The Blackcurrant fruit is hard won. And immediately after the picking, the priority is to “ice it and juice it”. It takes three quarters of a kilo to produce your 50 cl bottle of cordial.


It all seemed worth it in the sunshine at Ballykelly this week. Great to see people from all over the country there to support the pioneering Jeffares on these early steps of the journey. Best of luck to Des and Margaret and all the family.

See also: Wexford's Archways, so much more than a B&B
Johnstown Castle. Agricultural Museum and so much more!