A totally unexpected gift from a travelling salesman started Jane Murphy’s long term love of goats and led to the beautiful Ardsallagh cheese that so many people know and love today.

Back in the late 70s, that insurance salesman in County Carlow wasn’t getting the best of receptions from Jane. During the conversation, he noticed, “couldn't help but notice”, that her children had ecxema and said that goals milk would be a help. Jane said thanks very much for the tip and sent him on his way.

An hour or so later, she sighed as he returned. This time with a gift. He lifted a goat out of the boot, presented her to Jane and carried on his way. She never saw that salesman again but the goat led to greater things, she recalled, as she introduced her current cheeses at the launch of the International Wine and Food Society Munster branch 2015 programme at Jacques restaurant in Cork on Wednesday evening.

This small family run business has grown steadily, and you can buy their products not only in local farmers markets, but also in national supermarket chains. Ardsallagh products can also be found on the menu of many well known restaurants across Ireland. The whole family contribute toward the smooth running of the farm and dairy. They use the ladle method, slowly and carefully, making a beautiful cheese that is easily digestible.

Oh, by the way, the eczema cleared up! 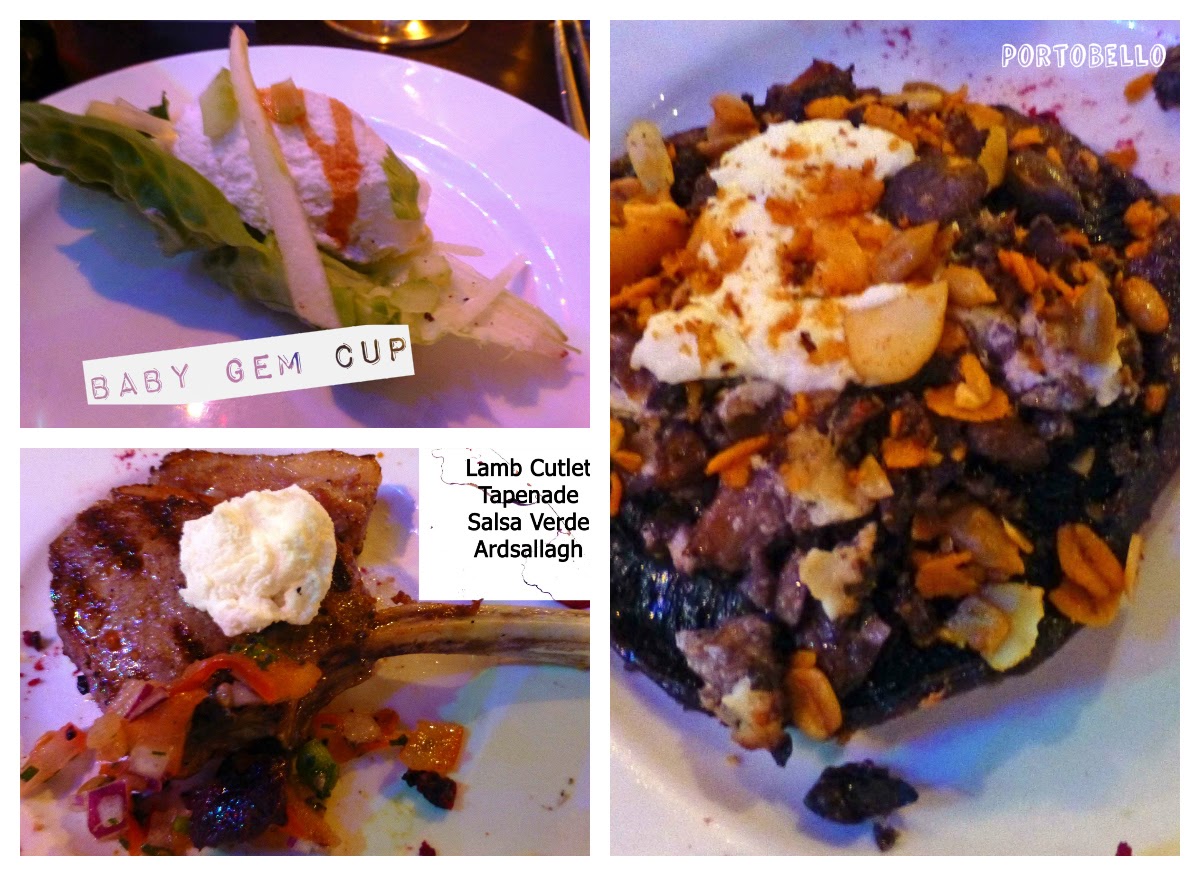 The Ardsallagh cheese was highlighted by Jacques with no less than five different plates of it presented, starting off with a Baby Gem Cup with Ardsallagh, apple, green onion, and Highball Orchard Syrup. Next up was a delightful Middle Eastern Beetroot, pureed with a little potato and yogurt and cumin and topped with Ardsallagh and Hazelnuts.

The dishes just got better. The guests were next impressed with Portobello Mushrooms stuffed with soft herbs, red onion, and Ardsallagh with Spicy Granola. No skimping by Jacques and soon we were tucking into the delicious Lamb Cutlet, tapenade, Salsa verde and Ardsallagh.

What would the innovative Jacques team come up with for dessert? Another delicious surprise: Medjool Date stuffed with Ardsallagh, Almonds and a full circle of Blood Orange. A beautiful sweet note to finish the evening.

Other events, dates to be confirmed, include A Day (and meal) at Lismore Castle, a visit to the Belvelly Smokehouse, a visit to the Leinster Branch, a summer road trip, a harvest visit to Longueville House, and an Italian Evening at the Farmgate Cafe. Don't forget to return your membership forms to Branch Secretary, Beverley Mathews, International Wine and Food Society, c/o L’Atitude 52, 1 Union Quay, Cork.