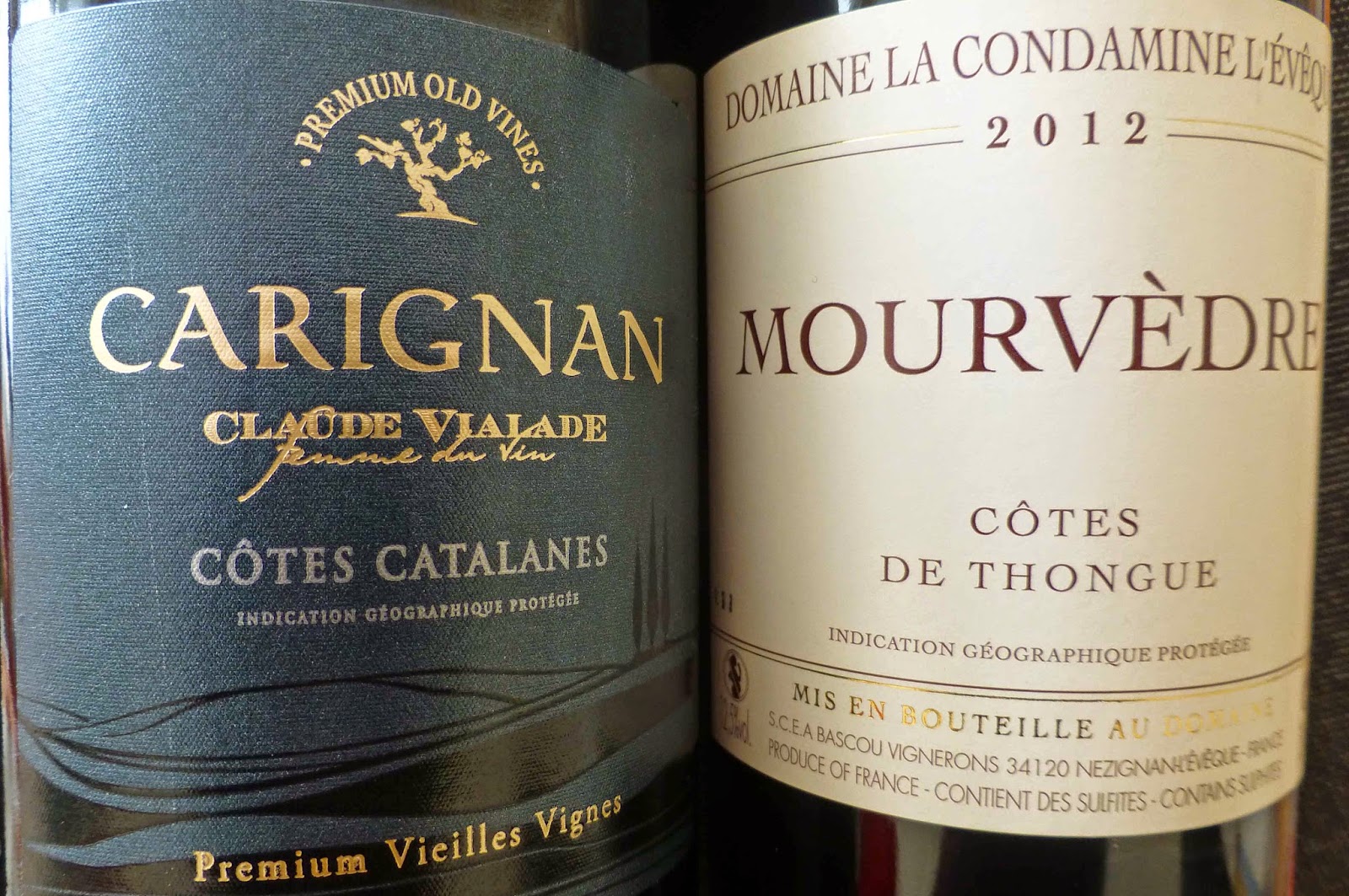 Carignan, Mourvèdre and Bourboulenc are not normally let out on their own, not in Ireland.
The three grapes are best known for their role in blends, in the Rhone, Provence and Languedoc. Mourvèdre is probably the most familiar in Ireland as it is the “M” in the GSM wines of the Rhone where G is Grenache and S stands for Syrah. All three come from the Languedoc/Roussillon area; if you’re a rugby fan, think Narbonne, Perpignan and south to the Pyrenees.

The SuperValu French Wine sale that starts tomorrow (Feb 12th) gives us the chance to see the three on a solo run and, at ten euro or less per bottle, it is an opportunity worth taking for those looking to see what else is out there aside from the more common Chardonnay and Merlot.

Bourboulenc is an ancient white grape and, according to the Hugh Johnson Handbook, “makes some of the Midi’s best wines”.

This one, from the Midi, has refreshing white fruit flavours, pear rather than apple, citrus also included and a slight smokiness (a characteristic of the grape, I’ve read); there is a vibrant mouthfeel and a decent finish as well. Nice acidity here too and I think it might go well with a half dozen oysters! Highly Recommended.

Colour here is dark red and there are dark fruit aromas. On the palate it is fruity and vibrant, not unlike the Mourvèdre but with a slightly heavier body and slightly stronger flavours. It has an excellent finish. It is recommended for meats and cheese. I tried it with a creamy Durrus Og and they do get on! While rarely seen here on its own, Carignan is widely grown in the South of France and elsewhere around the world, including Chile where it has a long history. Highly Recommended.

A dark red wine with dark fruit aromas. Stewed dark fruit flavours, quite intense, some spice also; very pleasant overall and a half decent finish as well. Lovely rich warm wine and great value. They say this, with its screw cap closure, is suitable for early drinking, so don't be holding on to it! Highly recommended.