Mr Hederman smokes fish. The Touch of a Master 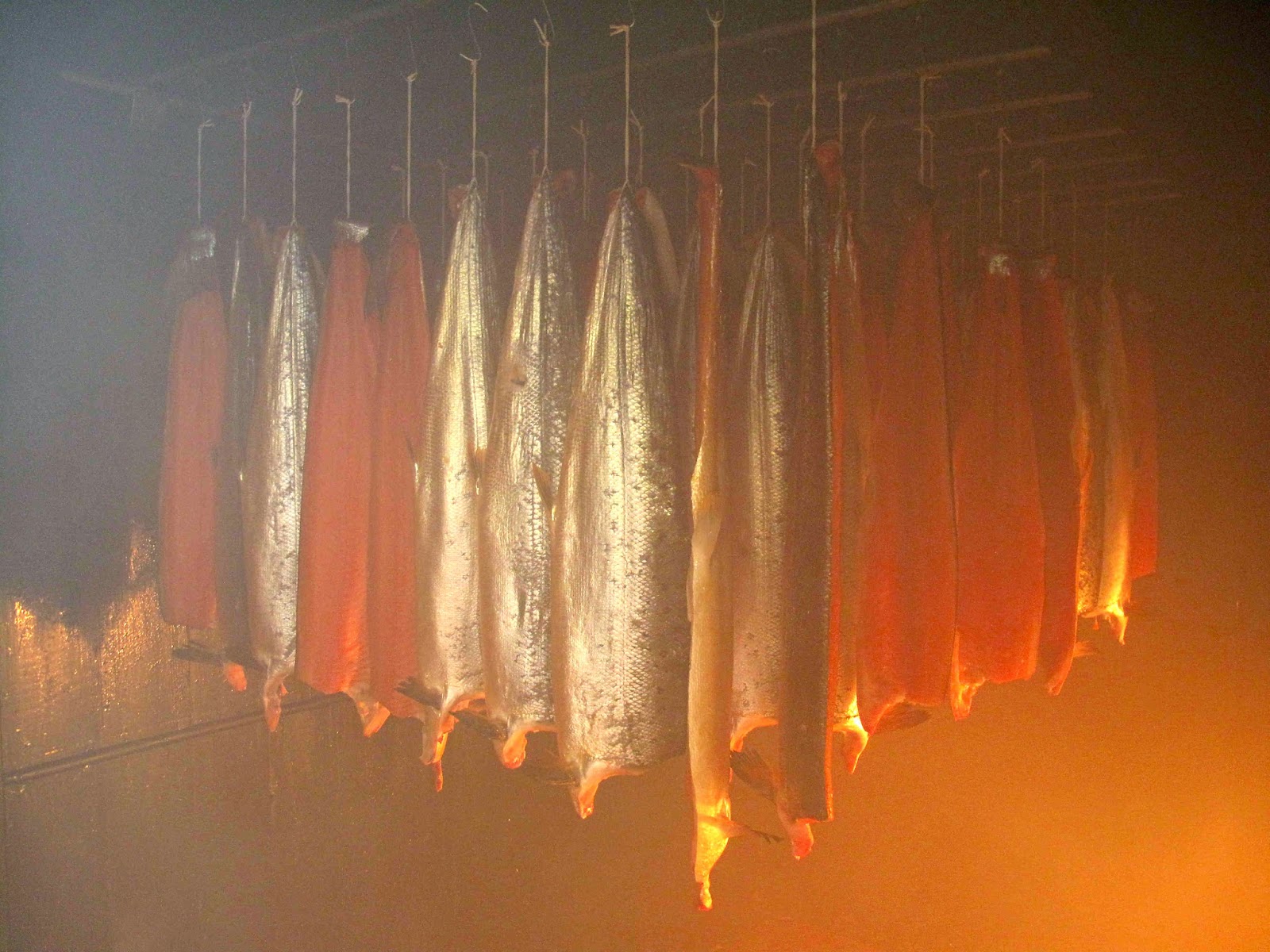 There is a fine balance to smoking fish, according to Frank Hederman who has been doing it in Belvelly, Cobh, for over thirty years now. The balance between the original fish flavour, the salt (for the cure) and the smoke is achieved with some delicate handling and determined by the experienced touch of the smoker. Time, timing and touch.
The touch and timing improve with time. I remember a member of the 60s pop band, the Searchers, telling a guitarist friend of mine maybe 15 years back that they were now much better musicians than they had been when they were in the charts. I suggested to Frank that he was now a better smoker than he was 30 years ago.


He laughed and agreed and amid an aside or two, one about the above mentioned Mr Apple,  told me he was self-taught and even now learns something new everyday.

This is a busy smokehouse. “There is something going on here in this smokehouse every day of the week”, he said. And no wonder, as they have customers at home and abroad to take care of. Frank is “the smoker of choice for some of the world’s finest chefs and has also smoked salmon for Her Majesty Queen Elizabeth II”.

Wild fish, and Frank is looking forward to getting some wild salmon soon, have to be handled with even more delicacy than normal. Any fisherman supplying Frank will need to know and love his fish and not just the money he can make from it. Early in his career, Frank saw a fisherman roughly lobbing salmon up from the boat, well below the level of the pier, on to the rough ground. The fish don't go down well and the act didn't go down well with Frank who never bought from him again.

Frank’s timber smokehouse, the oldest traditional smokehouse in Ireland, is where the sides of salmon are hung on tenterhooks and bathed in natural smoke “for as long as they need”. The smoke comes from beech “which has fewer tannins than other woods, giving the salmon a distinctive delicate character”.

Frank likes to see his salmon handled well, both before it comes to him and after it leaves him. “We recommend that you allow it to come to room temperature before you eat it. Slice finely by cutting straight down to the skin with a very sharp knife.” And whatever you do, do not use lemon. “No lemon!”.

Frank is well entitled to lay down the law here. His experience is immense, yet there is no complacency and even now nothing is left to chance. He is always on the alert. A change in the outside atmosphere can upset the delicate balance sought inside. Will it rain soon? Does that smoke smell too strong?

He recalls how he started, by rebuilding an old shed, not quite according to the textbook, not all parallels were parallel. And here it all started, in a small smoker made of brick, the fish laid in a Pyrex dish. He used barrels from Midleton Distillery (50 pence a barrel) for chips and fed them in by hand “for hours on end”. The timber was soaked in alcohol and every now and then there was an explosion and the Pyrex dish came flying out the opening until a simple slat was attached.

It was rough and ready. “I was daft and mad”, he laughs. But he went on to build Ireland's first modular fish plant and the rest is history.

Hederman's also smoke silver eel, mackerel, haddock and mussels and in the kitchen “simple recipes are transformed with the finest smoked fish, and other local specialities, including Ballycotton Irish queens, smoked Glenstal country butter, stoneground pinhead oatmeal from Macroom, and Ballintubber Farm vegetables. We make everything by hand, within reason, and use only natural preservatives such as lemon juice.”

These products are only available in local markets. Hederman’s have three stalls, in Midleton, Cobh (run by Frank’s amazing 83 year old Dad) and of course in the English Market (where their space is soon to be revamped).